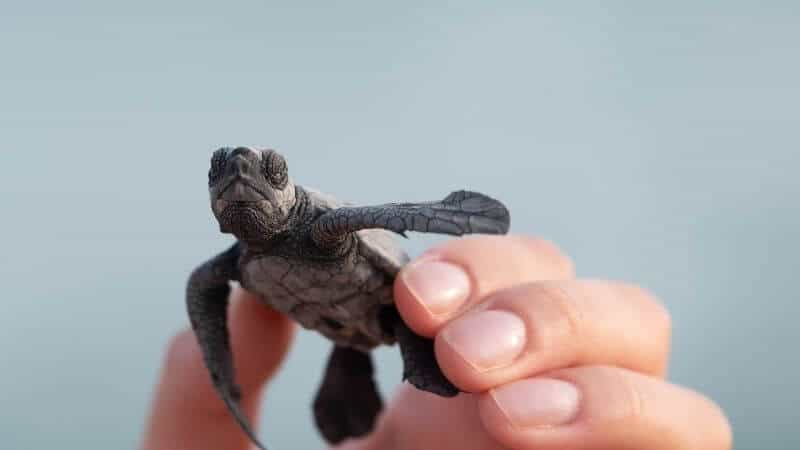 From crime-fighting mutant ninja turtles to the wise Grand Master Oogway from Kung Fu Panda, the pop culture has always shown turtles as all-knowing, enlightened creatures. But do they live up to the hype?

Are Turtles Smart? Here’s What You Need to Know

Turtles are definitely not the sharpest tools in the shed – but they’re smart enough to forage food and protect themselves in the wild despite the slow mobility. Several scientific trials have shown that turtles show both instinctual and learned intelligence.

The instinctual intelligence is what helps turtles hunt down food and fend for themselves when a potential prey is nearby. And on the flip side, they’re also good learners of experience. You can teach your captive pets several tricks. But let’s not forget – patience is the key here.

In their 250 million years of existence, there has never been just the right gadget or guidelines to gauge their intelligence. Thus, we can’t measure or answer with specific surety.

But as of late, many scientific experiments have shown they’re not as dumb as initially deemed.

So, can turtles recognize you? How powerful is their brain? Let’s find answers to these and many other interesting questions below.

How Powerful Is Your Turtle’s Brain?

Turtles have smaller brains compared to their body. As the body grows, the brain also grows but at a much slower rate. And several findings have shown that the shapes and sizes of the brain can influence intelligence and learning capacity.

For instance, this study from the University of Tennessee successfully trained red-bellied cooters to obtain pellets from a clear bottle and even recall and demonstrate this act after 2 years!

However, due to the lack of a prominent cerebral hemisphere, turtles are incapable of demonstrating remarkable intelligence as cats and dogs do.

In some turtles, the brain-to-body weight ratio is similar to that of birds. And as a result, these species demonstrate higher IQ.

Take Wood Turtle, for example. These turtles have an excellent memory and can determine the direction for foraging. That’s why scientists across the globe are using them as test subjects.

If you want your turtle to grow some brain, too, here’s a feeder that doubles as a toy for a stimulating exercise.

My red-eared slider loves to forage food from this fish-shaped feeder.

Do Turtles Recognize Their Owner?

Good news! Yes, turtles can recognize their owners as long as they’re the bearer of food. Turtles aren’t capable of forming an emotional bond with their owners but mark their owners as food sources. Some claim their turtles recognize physical features and voice as well – but not much light has been shone on this subject.

And resultantly, turtles don’t experience separation anxiety when parting from their owner. If a captive turtle is set free in the wild, he’ll simply not miss the owner or the support he received.

At first, the turtle might struggle to adapt to the environment but will eventually find new ways to survive.

Do Turtles Have Good Memory?

Turtles have a pretty average memory. Since they’re able to possess learned intelligence, they can categorize this memory for future reference. While some species are naturally better at it, some need a bit of training and brain exercise.

A tip for training: turtles remember things that are beneficial and enjoyable to them.

And as we have already established, if you’re your turtle’s primary caretaker, he probably remembers you.

However, findings have shown that they’re not good with short-term memory.

Make sure to add a few tank-safe decorations and toys to stimulate the environment.

Do Turtles Have Feelings?

A turtle’s brain might be small, but it’s capable of feeling emotions. In fact, turtles can experience a whole spectrum of feelings. However, they aren’t as complex as what we feel. Their emotions and thought processes are mostly associated with survival and the environment.

Thus, they can get stressed quite easily if the setting isn’t suitable or if they sense a predator.

Do Turtles Get Lonely?

Since turtles are solitary animals, they don’t get lonely too often or too easily. When left to their own devices, they’re very capable of amusing themselves. However, if you want to keep more than two turtles, make sure there is ample space for all of them. By nature, turtles are territorial beings.

They also tend to fight over food and resources.

The aggression is even worse if you keep two males together.

For more in-depth knowledge on turtle’s emotions and aggression, check this article.

Can You Train Turtles?

Turtles are incredibly stubborn. If they decide to go somewhere or do something, there’s almost nothing that’ll stop them. However, since they do learn from past experience, it’s not entirely impossible to train them. You can use positive reinforcements to train but have to be patient with them.

Do Turtles Have Spatial Sense?

We all know pets like cats and dogs have a great spatial sense. On the other hand, reptiles like lizards don’t. So, what about turtles? Turns out terrestrial turtles comprehend their spatial surrounding quite well but aquatic turtles can’t.

Scientists conducted an experiment by making a deep hole in the floor and covering it with a clear piece of glass sheet – replicating a real cliff.

How Smart Are Box Turtles?

Proud box turtle owners like myself will be pleased to know that box turtles are among the smarter species, according to recent scientific findings. As it turns out, in the wild, they make voyages across ponds, valleys, and forests to return back to the places they remember.

Now, these places may be food, nesting, or mating spot.

How Smart Are Red-Eared Sliders?

The answer to are turtles smart is a big yes, as long as you’re talking about red-eared sliders. Reportedly, these turtles are capable of recognizing the voice and physical appearance of their owners.

And they’re also known to respond to their names and a few commands if trained correctly.

How Smart Are Painted Turtles?

The distant cousins of red-eared sliders, painted turtles, are known to exhibit some brainy behavior too. They can easily recognize the person that brings food for them. However, this could also be the result of an excellent sense of smell and vision.

However, they don’t have a strong spatial sense as they enjoy being in water most of the time.

Which Is The Smartest Turtle In The World?

The title of the smartest turtle species goes to the North American Wood Turtles. And that’s why they are the number one choice for studies and experiments today. Some of these turtles have even completed complex mazes as quickly as lab rats.

On top of that, they can recall the maze’s route for a really long time.

Conclusion On Are Turtles Smart

I hope you’ve stuck through the end and read everything because I’ve tried to cram as much useful information as possible in this article.

In a nutshell, turtles are smart reptiles. If they weren’t, they wouldn’t be here for 250 million years.

They have both instinctual and learned intelligence to some extent.

However, they’re also not the brightest bulbs in the box.

In general, their smartness is limited to foraging and protecting themselves. Since they lack a cerebral hemisphere, turtles cannot display intelligence as cats and dogs do. But they can recognize the owner, process some feelings, and even be trained!