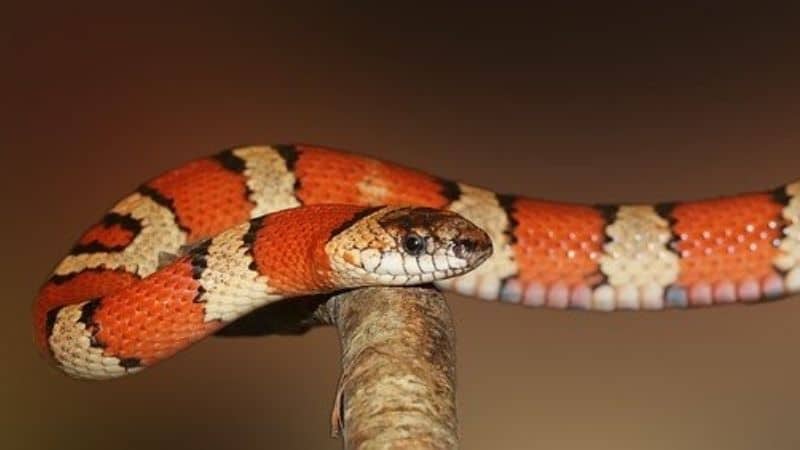 Although turtles like to be in their own company, they can still be compliant with other tank mates. So can they be buddies with snakes?

Just because they both are classified as reptiles doesn’t mean that they will get along. There are certain facts about both these pets you should know before keeping them in the same tank.

Can A Snake Eat A Turtle?

Turtles have hardy shells, which make them difficult for food to digest. So, only a handful of snakes eat turtles. Instead, they rather prefer eating turtle eggs instead of a whole turtle. However, snakes like Anaconda and Common Kingsnake are known to devour turtles in the wild. Other than that, turtles aren’t the best food choice for snakes.

Why Wouldn’t A Snake Kill A Turtle?

A snake wouldn’t have a problem eating soft amphibians like frogs, salamanders, and other rodents. However, turtles would be a bad choice for snakes to consume.

Snakes do not have teeth, so they have to swallow their prey whole. And yes, their mouths can stretch far wide to fit animals thrice their head’s size. However, it is the digestion part that will be tricky for snakes.

Turtles’ shells are not only big but have rough edges too. And when a snake tries to swallow a turtle, its internal organs will suffer. So, it’s a zero-sum game for both. The turtle may lose its life, but so will the snake.

However, as I mentioned before, some snakes can consume turtles along with their shells.

Here are some of them.

Snakes wrap their prey and strangle them till they are out of breath. However, it isn’t that easy with turtles.

Turtles’ hard shells can tolerate most snakes’ strangling force. And they won’t be out of breath because they will hide inside their shell. However, anaconda’s grip is a different thing.

We are talking about one of the largest snakes in the world, which can overpower even jaguars.

On top of that, unlike other snakes, anacondas have teeth, which they use to hold their prey while constricting.

As for preying on smaller freshwater turtles, a full-grown anaconda will not have to go through the trouble of constricting, as their jaws will be flexible enough to swallow these turtles in a single gulp.

These snakes are larger than normal snakes and can grow up to 60 inches in length. They are also constrictors like Anacondas, meaning they wrap themselves around their prey to restrain their movement.

They have been known to feed on turtle eggs. That’s possible because they have a keen sense of turtle’s nest whereabouts.

Here’s footage of a Kingsnake trying to eat a box turtle’s eggs, even with the mother turtle present in the nest.

Often found near water bodies, Garter snakes’ main diet consists of amphibians. Their venoms aren’t lethal enough to injure humans. Also, they can grow up to 42 inches in length.

Although they aren’t powerful and large enough to devour adult turtles, they will feed on freshwater turtle eggs. In addition, some Garter snakes have been found scavenging on dead turtle’s flesh.

Here’s a clip of a Garter snake trying to find a way into a turtle’s shell to eat its flesh.

Yes, snakes will eat turtle eggs if they stumble upon them while searching for food. Some snakes like Kingsnakes are particularly fond of eating turtle eggs, so they will use their acute senses to search turtle eggs. Then, they will wait outside the turtle’s nest and devour eggs right after they are laid.

In general, turtles do not come under a snake’s diet regime, so they necessarily do not attract snakes, but their eggs do. Snakes often search for turtle nests to eat their eggs. So if you happen to see snakes near your turtle’s habitat, it is probably looking for an excellent timing to prey.

Turtles like Alligator Snapping turtles are known to eat snakes in their habitat. They live in freshwater and will prey upon snakes on both land and water.

But most other turtles aren’t found to include snakes in their diet. At a stretch, snakes are lengthy, and turtles will not attempt to eat them.

Can Snakes And Turtles Live Together?

It isn’t a good idea to put snakes and turtles together. First of all, their dietary needs are different. And so are their habitats. Turtles spend most of their time in the water, whereas snakes live in burrows and holes.

Furthermore, your turtle eggs won’t be safe if you are keeping a pregnant turtle with snakes.

And when your turtle matures, it will think of your pet snake as a threat and will attack it.

Why Is Keeping A Snake And Turtle A Bad Idea?

As I mentioned earlier, keeping snakes and turtles together is not a good idea. This is because these pets have different diet regimes. For example, snakes feed on frogs, rats, and mice, whereas turtles feed on several small-sized insects, pellets, feeder fish, veggies, etc.

Your turtles need an overall balanced diet like us. They are omnivores and will shift their diet from carnivore to herbivore as they grow into adults. However, snakes are strictly carnivores, and their diet doesn’t match with turtles.

Unlike turtles, snakes do not need to eat often. You can feed your baby snakes twice a week. Adults only need to eat once a week.

Baby turtles, on the other hand, need to eat regularly. However, as they mature, i.e., after six years, they will decrease their appetite and only need to eat once a week.

Their Habitat Is Different.

And suppose you are keeping snakes that are larger than 30ft, like python or anaconda. In that case, it will be better to get an even bigger terrarium.

Each snake breed is different, so they will need different kinds of habitats to sustain. For example, in contrast to desert snakes, tropical snakes require moist environments.

When it comes to turtles, most require freshwater to thrive. Know the ratio – at least 30 gallons per turtle. This will help you estimate the size of the tank while ordering one for your turtle.

Also, their aquatic environment will not suit all snakes. Most snakes need to live in a terrarium.

Both Can Be Territorial.

Both the turtle and the snake can become hostile when they sense another being encroaching their territory.

This will peak when one or both of them is pregnant or during the mating season. During this phase, they will not back off, and this will lead to unsolicited confrontations.

How To Keep Snakes And Turtles Together?

You shouldn’t put snakes and turtles together. Keep them in separate tanks. Put snakes in a vivarium with appropriate lighting. As for turtles, you can keep them outdoors or in a turtle tank.

For a turtle tank, keep aquatic plants and a basking area. As for snakes, you won’t need a basking spot.

Lighting needs are similar for both pets. Keep the lights on in their habitat for 12 hours. They need 12 hours of light and 12 hours of dark.

Yes, snakes will eat whatever they can fit inside their extensible mouth. So, baby turtles will be no exception. However, it will be hard for the snakes to digest their shells.

Can A Snapping Turtle Eat A Snake?

As omnivores, turtles will consume anything that provides calcium and protein. And an egg contains both. A turtle will eat its eggs when it requires nutrients for its body – so, it will definitely eat snake eggs without hesitation.

Final Words On Can A Snake Eat A Turtle

Snakes will prey upon most beings that are smaller than them. They are particularly into eating turtle eggs. However, they will also eat baby turtles as long as they can fit them inside their mouth.

Snakes are not fond of eating adult turtles due to their hardy shells. However, these shells can be a life sentence when not digested correctly. So, in most cases, they will leave the turtles alone if encountered in the wild.

But there are snakes like Anacondas and Pythons, which can swallow a whole turtle and digest their shell.

As for housing snakes and turtles together, their habitat and required diet differ from one another. So, it will not be wise to keep them together. Also, both these species are territorial and lean towards leading a solitary life.