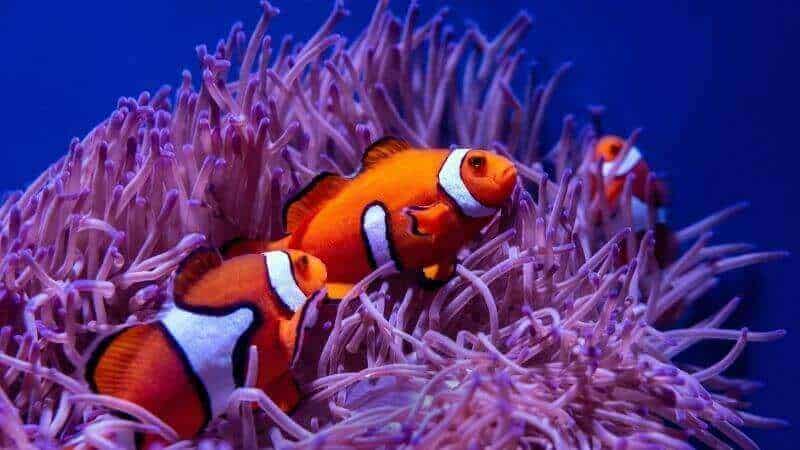 If you thought clownfish’s temperament is the only thing Pixar’s Finding Nemo got wrong, you’re in for a treat, my friend. Only if the makers were to abide by what actually happens beneath the blue oceanic blanket, the film would have never seen the light of the day. The plot would have all kinds of twists like sex change and incest.

And these elements are a far cry from your typical Disney-Pixar film, aren’t they?

I probably have already given away the answer, but let’s carry on with the main query anyway.

There are more than 30 different clownfish species inhabiting the gleaming waters of the Indian Ocean, Red Sea, and Pacific Ocean.

And all of them are sequential hermaphrodites. Clownfish are gender-bending little marvels.

So, all fish from these species can change their sex and become female. But initially, everyone is born a male.

I know it sounds baffling. Or, ‘Confusing’ might be more contextual.

That’s how I felt at first, too.

I thought this blog would be a simple one – a fun-filled article featuring a few nature’s marvels and trivia here and there. But boy, was I wrong!

During the research, I was bombarded with journals, endless forum threads, and even tabloid pieces that discussed the whys, hows, and whens of a clownfish changing its ‘gender.’

Lucky for you, I have tried to make this article as straightforward as possible while ensuring that you don’t miss out on the crucial bits of this fantastic, almost unfathomable phenomenon.

Why Do Clownfish Change Genders?

Clownfish are sequential hermaphrodites. They’re just one of the hundreds of fish species to undergo sexual transition. Clownfish change gender to become the dominant female of the group.

Before we dive any deeper, let’s talk about this ‘group.’ You can almost draw parallels between a group of clownfish and bees in some aspects.

And by the way, I’ll assume all of you are well acquainted with the endearing interspecies friendship between clownfish and anemones.

So, an anemone hosts a bunch of clownfish. The number of clownfish can vary depending on the size of the anemone, the fish’s temperament, yadda yadda. That’s a topic for some other day.

Within the group, the largest male becomes a female. She only mates with a breeding male, the now-largest and most aggressive male in the community. The rest of the members of the community consist of sexually immature males.

So, when the alpha female dies or gets lost, the breeding male will be the first one in the pecking order and gain weight. And before you know, he will become a she.

Next, every fish grows and moves up in rank. Then, as you can guess, the largest of the non-breeder will turn into the male breeder.

So, after all, size does matter – if you’re a clownfish. In the group, an individual’s worth and rank are determined by their size.

The breeding couple will now ‘suppress’ the maturation of juveniles in the anemone so they don’t revolt and threaten their authority.

The suppression happens in not-so-subtle ways – with the breeding male snatching the lion’s share of food to maintain his bulky body.

I know humans don’t think much of fish other than protein bulks floating mindlessly in the sea. But little do we know that they’re capable of complex thoughts and behaviors.

Scientists believe that the correlation between these sizes and hierarchy has a lot to do with preventing conflict between group members. This helps ensure subordinates don’t rise to power and threaten the reigning ‘queen’ and her ‘consort.’

Apparently, the breeding pair sometimes even resort to killing or evicting non-breeders that show signs of growing big quickly.

Now before I tell you why and how clownfish have evolved to change their sex, let’s tackle a question that I know has been bugging you for some time now.

How Would The Film’ Finding Nemo’ End If It Was Based On Clownfish’s Real Behavior?

First of all, Nemo getting lost in itself is a pretty far-fetched scenario because clownfish seldom stray away from their host anemone.

And since Nemo’s mom gets eaten by barracuda, the breeding male, aka Nemo’s father Marlin, would have turned into a female. Marlyn, probably.

So, Nemo, now the largest ‘non-breeding’ male, would turn into the ‘breeding male.’ And yes, what you’re thinking is correct. You can fill in the blanks yourself now…

Why Can Clownfish Change Their Gender?

The sexual transition is remarkable. But turns out it’s not terribly unusual. About 2% of fish species can display some level of hermaphroditism. That’s about roughly 500 species worldwide.

Getting back to the question, the social structure of clownfish and their ability to change sex can be traced to their choice of habitat – the sea anemone.

Clownfish have an interesting symbiotic relationship with these stationary animals. The fish uses the toxic host to deter predators and find food scraps, while the anemone leverages fish poop for nutrition and lures bait.

Clownfish would have made an easy meal for just about any fish bigger than them if it weren’t for the anemones. These fish are small, sport a bright color, and have a gawky, not-so-efficient swimming style.

The presence of barracudas and other large fish in the ecosystem means Marlins and Nemos seldom leave their host. Now, what this means is it would be super challenging to find a new female to come into the group when the alpha matriarch dies.

So, a clownfish’s unique ability to change sex ensures that the fish doesn’t have to wander into uncharted territories looking for a mate.

Evolution is just so crazy, isn’t it?

How Can Clownfish Change Gender?

Clownfish can change gender because they are sequential hermaphrodites. They’re born with both male and female reproductive organs. And when the time comes for the breeder male to turn into a female, the biological change is governed by hormonal change.

It’s important to note that the very DNA of the fish itself doesn’t change, but the expression of different genes does change radically.

The most obvious change happens in the set of genes involved in the expression of gonadotropin-releasing hormones (GnRH), which regulate the gonad’s function in fish.

The testes dissolve, and the ovaries form. But this doesn’t happen overnight.

Also, the latest study has shown that male-to-female sex change occurs first in the brain and only later involves the transformation of gonads – sometimes after a delay of months or even years.

What Is It Called When Clownfish Change Gender?

The phenomenon of transitioning from male to female in clownfish is called sexual hermaphrodism.

Are All Clownfish Born Male?

Yes, all clownfish are born male. However, as they grow, the largest and the most assertive one in the group turns into a female.

How Many Times Can Clownfish Change Gender?

Clownfish can change gender only once. They’re all born males and can turn into females if the situation favors them. And this change is permanent. Once you become a female, you can’t go back and become a male again.

However, note that only the biggest fish in the group will turn into a female. Not all males are destined to become females.

As dramatic as it sounds, a male clownfish would really have to have it written in its star to become a female!

Yes, as far as the rule of thumb goes, the biggest clownfish is almost always the female because it gets to enjoy the biggest food chunks. That being said, we cannot 100% rule out the possibility of a somewhat petite male becoming a female.

How Quickly Can Clownfish Change Gender?

Clownfish don’t change their sex overnight. It happens over several weeks. It can very well take a few months.

One particular study showed that it took the male fish’s body over 50 days to have highly degenerated and reduced testes.

What Happens When You Pair Two Male Clownfish In The Tank?

If you pair two clownfish in the tank, it will inevitably boil down to a showdown. The two fish will continue fighting until there’s one clear winner. And you know the drill. The winner turns into a female.

Do Clownfish Mate With Their Offspring?

Yes, it’s not uncommon for parents to mate with their own offspring in a fish’s world. So, it applies to clownfish, too.

In fact, those who study fish and stuff have repeatedly said that if Finding Nemo’s narrative was to be based on their actual behavior and practice, Marlin would have turned into a female, and Nemo would have fertilized her eggs.

Do Male Clownfish Eat Their Eggs?

Male clownfish will eat its eggs if he deems they are not going to hatch or were not fertilized in the first place. In clownfish, males have a powerful parental instinct. Therefore, he will stay close to the nest and fan the eggs until they hatch.

Yes, it’s absolutely possible. Clownfish are sequential hermaphrodites. They can turn from a male to a female by dissolving their testes and developing ovaries.

They’re all born males, but the biggest fish in the group will turn into a female. And the second biggest fish will become the breeding male.

As interesting as this phenomenon is, it’s not too uncommon. Reportedly, 2% of all fish species display some sort of hermaphroditism.