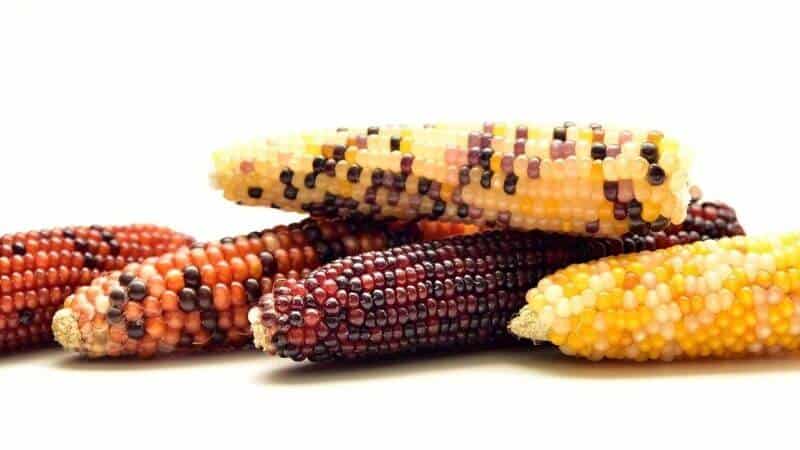 Turtles are omnivores, and they will devour anything that can fit inside their tiny mouth. But just because they salivate at every treat you give doesn’t mean that it’s good for their health too. I gave my turtles some corn kernels this one time, and oh boy, was I wrong? My turtle suffered from irregular bowel movements for a week. Are corns bad for turtles, or did I overfeed him?

Turtles are omnivores and will eat corns if you offer them. However, corn is highly rich in protein and sugar, which can be an unhealthy diet when fed daily. Corn is not the kind of food that turtles find in the wild, so it will be better to feed them occasionally, just like the fruits.

How Safe Is Corn For Turtles?

Corn contains an abundant amount of sugar and carbohydrate. Unfortunately, just like with us, these nutrients can also raise the blood sugar in your turtles. A juvenile turtle might be able to cope as they are highly active at this stage, but feeding corn will have a negative impact on adult turtle’s health.

Nutrients And Minerals In A Single Corn

Here Are Some Reasons Why You Shouldn’t Feed Corns To Your Turtles Daily.

Corns aren’t the type of food that turtles can find to eat regularly in their habitat. So feeding corns daily can result in several complications. Feeding corn daily can make your turtle obese and increase his metabolism rate causing early aging.

Here, I have explained what happens if your turtle consumes corn too often.

Corns Can Make Your Turtle Fat.

A single sweet yellow corn has 88 calories. Carbohydrates, sodium, sugar, and protein are the majority of nutrients found in them. So these many sugary nutrients are hard to burn for a captive turtle who gets minimal area to burn extra calories. When your turtle can only burn less than what he eats, you will have an obese turtle.

With a high-calorie count, your turtle’s internal system will increase its metabolism rate to digest corn. Usually, turtles have minimal metabolism in their body, making them one of the slowest beings on the planet.

Turtles mostly spend most of their life basking and do very little of exercise to burn the calorie. So daily diet of corn will speed up your turtle’s aging.

Corns Are Hard To Digest.

Corns are high in cellulose. They are insoluble fibers that are hard to digest. In the case of turtles, they are not equipped with enzymes and acids that can digest corns. And when a turtle has a hard time digesting foods, some complications are to be expected.

When consumed daily, contents in the corns like sugar, protein, and potassium can cause acidosis in a turtle. This can be a serious problem if your turtle consumes corn daily. And it isn’t something to be trifled with.

Your Turtles Will Discard Other Regular Diets If You Feed Them Corn.

Corns have fiber and protein, making them one of the most filling types of food for your turtle. However, after consuming corn, your turtle will discard other regular foods that you provide him.

Furthermore, when you include corn daily in his diet, he will avoid other nutritious food he intakes daily. And he will be having nutrition and vitamin deficit in his body. And when this happens, your turtle will have less immunity power to fight against illness and diseases.

What Types Of Corns Can You Feed Your Turtle?

You can feed any corn to your turtle that is available in the produce section. You can feed dent, sweet, popping, flint, or pod corn to turtles. Along with these, you can also give him other variations of hybrid corns. It all depends upon his liking.

Can You Feed Corns To A Baby Turtle?

Baby turtles are highly active and can burn off corn’s high-calorie count through their rigorous swimming. However, feeding corn will not suffice the high amount of calcium and protein they need for growing a robust shell.

Choking is another hazard that could happen if your baby turtles swallow food instead of chewing. So you need to crush your corns before feeding baby turtles.

How To Feed Corn To Your Turtle?

It will be best to feed crushed corn instead of raw kernels. These kernels can sometimes get stuck in your turtle’s throat and can choke him.

Also, there are reports of turtles being breathless after eating kernels. So you need to cook or boil them before feeding your turtle.

The same goes for popcorns. Popcorns, too, can choke your turtle, causing him difficulty.

It is also advised not to let turtles eat corn from the cob. Unlike snapping turtles, most turtles do not have the biting force to chew corns from the cob.

So you need to first take the corns out of the cob and cook it before feeding. It will be even better if you boil the kernels and make them soft, making it easier for your turtles to eat.

How Often Should You Feed Corn To Your Turtle?

Corns should be fed as occasionally as fruits, i.e., once a month. However, fruits are also highly rich in vitamins that aren’t beneficial to your turtle. So both these foods do not fall under the staple diet of a turtle.

You should only feed your turtle corns once a month. This way, your turtle’s digestive system will be safe from any complexities.

Conclusion On Can Turtles Eat Corns

You can feed corns just like fruits which you occasionally treat to your turtles. However, as these corns do not have the required nutritional value for turtles, it is futile to add them to a diet regime.

Furthermore, corns have a high amount of fiber, and eating them will leave your turtle full. Hence your turtle will not be consuming the necessary diet which is required daily.