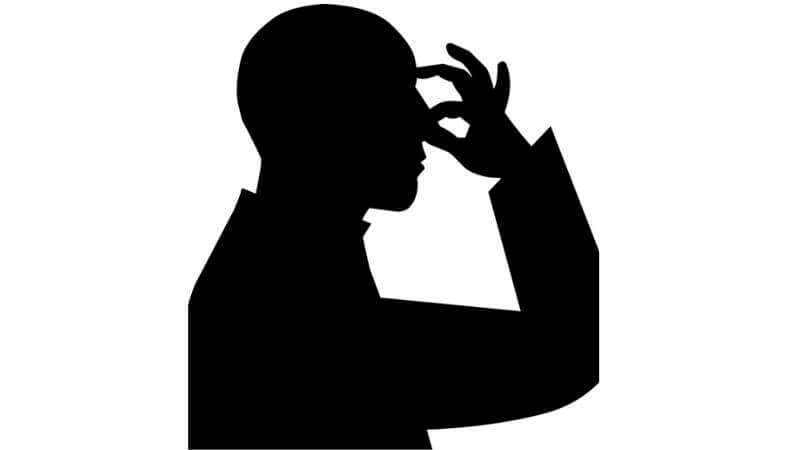 You might have seen ripples in your turtle tank coming right out of your turtle’s butt. So if you think that your turtle is farting, then yes, your guess is correct.

In this article, you will find answers to your queries like why turtles fart, is their fart smelly, and how to stop their excessive farting problem.

Turtles fart when gases build up in their body from food breaking down. They fart on both land and water – whenever they feel like releasing gas. Their fart sounds are similar to humans and can be smelly depending upon their diet. Turtles will fart through their cloaca, i.e., butt.

How Does A Turtle Fart?

Turtles fart like humans. You will hear it and probably smell it (if you are close enough). If it’s inside water, you will see ripples, but you will not be able to smell or hear the sound. However, if it is outside, you will probably experience both.

Here’s a clip with audio of a turtle farting.

Farting is a normal phenomenon that occurs as a by-product of the digestion process. Turtles, like us, are omnivores; they consume a wide variety of foods. And their system is not able to digest all kinds of foods easily. So these undigested foods release gases that build up inside a turtle’s body.

Another cause behind a turtle farting is the excess air inhaled during breathing or drinking. Air bubbles pass through the digestive system and build up gases.

In most cases, turtles will fart right after eating or during digestion. Also, if they are inside water, they will become buoyant and release gases through farts.

Here’s an interesting close-up video of a turtle farting. The turtle is floating on its back and having the time of its life.

You will see ripples in the water as he is farting through his cloaca. Doesn’t it seem like a relaxing thing to do when you are in a pool? Just don’t push too hard.

What Causes Turtles To Fart?

There are two primary causes behind turtle farting. They are:

We also build up gases after consuming food. And same goes for turtles. Not all foods will be easily ingested by your turtle’s small intestine. These undigested foods are then passed to large intestines, where the bacteria will help break them down these foods.

Next, the gases are released through their cloaca. If there’s too much gas build-up, and your turtle can’t vent them out, it will face gastrointestinal problems.

Not only with food, but the air they inhale before diving deep could also be the reason behind them farting. Air passes into their food pipe and also in the form of air bubbles while drinking. Since it needs an exit to pass, their body automatically causes them to fart and release those gases.

What Gases Do Turtle’s Fart Contain?

Not all turtle farts are smelly. Most of these endogenous gas released are odorless. However, suppose the food they ate had high sulfur content. In that case, the breakdown will produce methane and hydrogen sulfide, which results in smelly farts.

How Does A Turtle’s Excretory System Work?

Turtles have a single urogenital system. This means that their excretory and reproductive functions are integrated.

After the digestion, the unprocessed foods are collected in the large intestine, where they are broken down by the bacteria, thus, releasing gases like hydrogen, methane, and hydrogen sulfide.

Next, these broken foods are passed into the cloaca, a multipurpose cavity that helps in both excretion and reproduction. Finally, the waste is excreted via the anus.

While all this is happening, their kidneys process nitrogen waste in the form of uric acid. These acids do not need much water to dilute, so a turtle’s urine contains only small amounts of water. As a result, you might have seen white patches in your turtle tank. Right?

How Often Should Turtles Poop Or Urinate?

Adult turtles poop at least two to three times a week. As for baby turtles, it’s common for them to poop daily due to the amount of food they intake in this stage. So, if your baby turtle isn’t pooping at least once a day, there could be an underlying reason behind this.

Turtles do urinate daily, but they do not urinate like other beings. Their urine contains significantly less amount of water as their body functions work so that they do not dehydrate quickly. So you will notice white viscous substance when they urinate.

What Is The Reason Behind Not Seeing Turtles Pooping?

The reason behind not seeing turtles defecate could possibly be constipation. There can be several causal agents behind this. Some of them are:

Intestinal parasites present in the gut can block the turtle’s lumen.

Irritation due to foreign objects in the turtle’s stomach.

Urinary stones in the turtle’s bladder.

The presence of a tumor or abscess might also cause blockage.

Other than constipation, there’s a peculiar reason you aren’t seeing them defecate. It is because your turtle is eating his own poop behind your back. Yes, turtles sometimes eat their own poop.

“Related Article: How Often Do Turtles Poop? Is It True They Eat Their Own Poop?

Is Farting Unhealthy For Turtles?

Farting is an entirely natural phenomenon. This is just a by-product of the undigested food breaking down in your turtle’s stomach. However, excessive farting could be a sign that your turtle is eating an unhealthy diet.

How To Stop Turtles From Farting?

Yes, turtles do fart when they consume excessive amounts of carbohydrate-filled diets. These foods take much longer for their small intestine to break down, so as a result, it could cause excessive farting.

Turtles need a well-rounded diet and shouldn’t be fed just a single type of food. Their omnivore appetite enables them to eat all kinds of food. Feed them a balanced diet, and you won’t catch them farting excessively.

Here’s a simple diet regime that you can use as a guide to feed your turtles.

Protein is vital for baby turtles, as it is crucial for growing healthy carapace. However, you need to be careful feeding adult turtles because too much protein causes the pyramiding of the shell.

Vegetables contain fibers and other nutrients which will leave your turtle full for a long time. This is why adult turtles lean towards veggies and fruits instead of meat as they mature.

Most commercially available pellets are specifically formulated with nutrients essential for a turtle. Therefore, they should form a staple part of your turtle’s diet but don’t solely rely on them too much.

Foods To Avoid For Turtles

Here are some foods that you need to avoid giving your turtle if they are farting a lot.

Dairy Products Are Indigestible To Turtles.

Do not give dairy products to your turtles. They do not have the necessary enzymes to break down and digest dairy products. Feeding dairy products will cause indigestion and smelly farts (in the best scenario).

Oxalic acid can block calcium absorption capacity in a turtle. And when your young turtles are deprived of calcium, they will develop MBD (Metabolic bone disease). Your turtle will be unable to develop hard shells. And it could lead to shell rots in adult turtles.

Some foods that are rich in oxalic acid are spinach, chard, beets, rhubarb.

Veggies related to the cabbage family fall under this group. Kale, broccoli, and cabbage have raffinose – a sugar that cannot be broken down by your turtle’s digestive system. So they stay for a prolonged period in the large intestine, where they get fermented by the bacteria.

During the fermentation, gases are released – making your turtle’s stomach bloat, thus, the frequent farting.

However, this doesn’t mean that you shouldn’t feed these veggies at all costs. You can feed them, but make sure you are rotating your turtle’s diet. These veggies have the necessary nutrients and vitamins for your turtles. But make sure to give sparse amounts if they are farting a lot.

First and foremost, feed them varieties of diets. Turtles often get bored eating the same thing every day and will lose their appetite sooner or later.

Turtles also like to graze on aquatic plants, so you need to have plants in your aquariums. They will graze on anacharis, duckweed, Azolla, frog-bit, water hyacinth, etc. These plants can grow in turtle’s habitat and are non-toxic, and turtles love eating them.

What Happens If Turtles Can’t Fart?

Your turtle’s inability to fart doesn’t mean that it is an alarming case. It could mean that your turtle’s digestive system is working well, and the foods are getting well digested. However, if your turtle has a bloated stomach and hasn’t pooped for days, you need to consult with your vet.

Yes, tortoises do fart when there’s a gas build-up in their bodies. Releasing gases through fart means that your tortoise has a healthy digestive system. Their fart sounds are similar to humans and can be smelly if they have consumed foods that are hard to digest.

Do Turtles Fart Out Of Their Mouth?

Turtles yawn but do not fart through their mouth. Instead, they fart only through their butt. This is because their butt has cloaca, a multipurpose cavity that helps in both reproduction and excretion, along with releasing farts.

Do Turtles Breathe Through Their Butt?

Here’s an in-depth article on crazy ways a turtle can breathe. https://urbanfishkeeping.com/can-turtles-breathe-underwater/

Final Words On Can Turtles Fart

Normally, farting doesn’t mean that something is wrong with your turtles. However, excessive farting could be a sign of constipation. In addition, foods high in oxalates and hard to digest could result in gas build-up, resulting in farts.

Control feeding foods with high amounts of dairy, oxalates, salt, and sugar. These foods can disrupt your turtle’s digestive system.

That being said, turtles get bored eating the same food every day – so you have to put them on a rotational diet plan which helps them maintain their appetite.