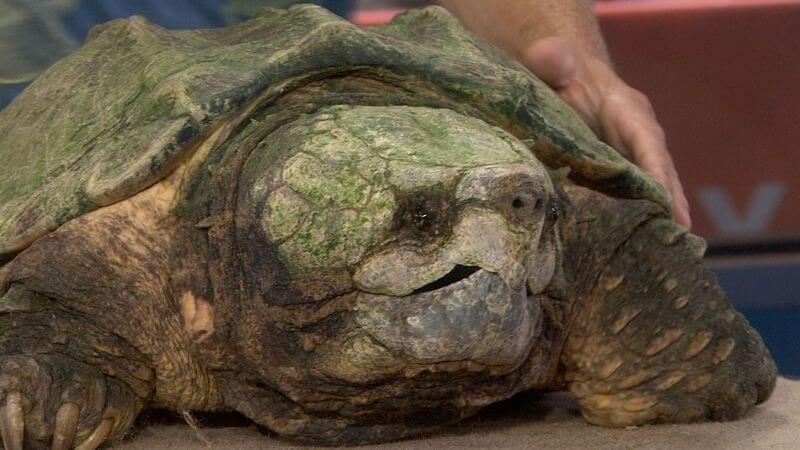 Often the animals referenced with down syndrome become viral on the internet. All credits go to blog posts, YouTube videos, gifs, and internet memes.

We’ve already seen “Kenny the white tiger,” “Lil Bub the cat,” and “Monty the cat” amassing thousands of followers on their social media handles. These animals were thought to have down syndrome due to their peculiar features, which is often seen in people with down syndrome.

Till now, only the differently-able mammal animals have been social media animal celebrities.

So, has the time come for reptiles to become the next sensation? But the real question is, can reptiles have down syndrome? And to add, what about turtles?

In this article, we will tackle these questions and explore a turtle’s chance to break into fame.

Can Turtles Have Down Syndrome?

No, turtles do not have down syndrome. Down syndrome is caused when chromosome 21 is replicated into 3 parts instead of 2, also called trisomy 21. Turtles, however, have a totally different genetic structure than humans which means chromosome 21 is absent in their cells.

But first, let me tell you how down syndrome occurs in humans.

Humans have 23 pairs of chromosomes. And down syndrome occurs when genetic mutation gives 3 copies of chromosome 21 instead of 2.

Some cases of down syndrome are related to inheritance from the parents. Still, it is mainly due to mistakes in cell division during the early development of embryos.

Now, back to turtles.

As I mentioned earlier, different species have different numbers of chromosomes. In the case of turtles, it ranges from 28 to 66.

This means that the number 21 chromosome responsible for down syndrome in humans doesn’t match a turtle’s chromosome count.

Even if chromosome 21 goes through trisomy, it could result in a different outcome compared to humans.

So, you’re telling me “Lil bub the cat” that I followed on Instagram doesn’t have down syndrome?

Sorry to be the one, but yes, the cat and the big cat “Kenny the Tiger” don’t have down syndrome.

It was revealed that “Kenny the tiger” was a victim of interbreeding. His wide-set eyes and short snouts are genetic mutations or hormone deficiencies caused by interbreeding.

So, Are There Any Turtles With Down Syndrome?

No, there aren’t any turtles with down syndrome. However, apes are the closest to humans regarding chromosome count and its similarity.

However, reptiles aren’t in any way close to sharing this similarity. Thus, there aren’t any turtles with down syndrome.

A chromosomal defect similar to down syndrome was observed in a captive chimpanzee in Japan.

Humans have 23 pairs of chromosomes, whereas apes have 24.

So, although the signs and chromosomal disorders in the chimpanzee were somewhat similar to down syndrome in humans, this cannot be confirmed as an exact case of down syndrome.

And What About The Turtles Who Bear The Trisomy 21 Resemblance On The Internet? Or, All Those Cats?

The facial deformity in animals thought to have down syndrome is due to hormonal deficiency and other chromosomal disorders but not down syndrome.

Final Words On Can Turtles Have Down Syndrome

Not a single species of animal is confirmed to have down syndrome. Even if it was ever discovered in animals, reptiles would be at the bottom of the list because humans and reptiles have different genetic build-ups.

So, if you ever see turtles with deformed facial structures, remember that it is due to hormonal deficiency and not down syndrome.