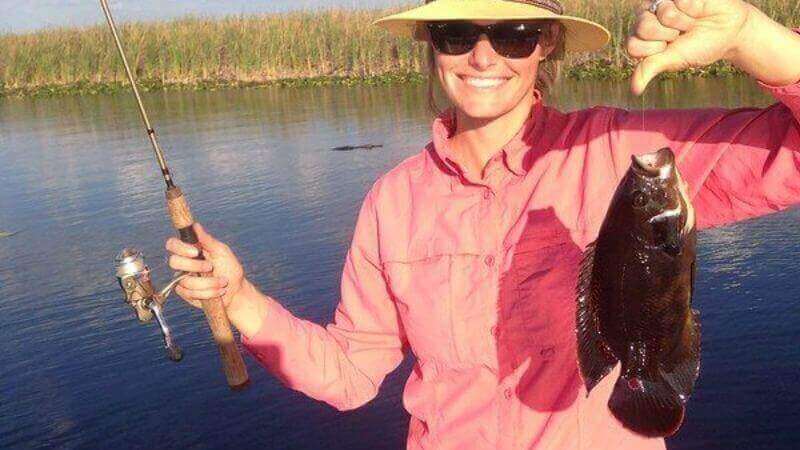 I was leisurely surfing through a cichlid forum on a Sunday evening when I came across this morbid question: can you eat oscar fish? Apparently, the guy was out of work and couldn’t afford to raise his pet oscars anymore.

The comment thread was a mixed bag. While some questioned his ethics, others empathized with his plight. And before I knew it, I was down a rabbit hole. There’s a whole section of Google dedicated to devouring oscar fish.

In this blog, I have pooled all the information on topics ranging from how to fillet oscars to the risks of consuming them.

So, let’s get to it without further ado!

Can You Eat Oscar Fish?

Yes, you can eat oscars. In fact, oscars are considered game fish in Florida. Several videos on the internet show hobbyists fishing and cooking oscars. Oscars are sizable freshwater fish. Thus, it’s not really uncommon to eat them.

Don’t be surprised, but many fish that we keep as pets here in the States are an everyday staple food in other corners of the world. Pacu, arapaima, and clown knives are just a few examples.

Should You Eat Oscar Fish?

Personally, I wouldn’t eat oscars as I have always had a few of them in my tank from a very young age. But I wouldn’t judge you if you did. As I said earlier, oscars are often released in the waterways across different US states, and it’s not uncommon for enthusiasts to catch and eat them.

However, there are a few risks associated with eating oscars found in the wild in the US. Keep reading to know!

The Risk Of Eating Oscar Fish

As I said above, oscars don’t occur naturally in the US. The ones you find at your local lake or creek end up there because their owner released them. So very often, these fish have medication present in their body that can be harmful to humans.

We use several kinds of medications in an oscar tank routinely. From dechlorinator and ammonia remover to ich medication and methylene blue, an oscar’s body intakes at least half a dozen different types of medications while in the tank.

And a fish’s system often retains these chemicals for a long time. And we cannot rule out the chances that the oscar you just caught has traces of harmful substances in its body.

So, it’s definitely wise to weigh these factors as well before deciding whether you want to eat oscars or pass.

However, if you’ve raised oscars in aquaponics or an aquaculture set up – like an outdoor pond, which has never been exposed to dechlorinators, medications, or chemicals – you can eat them.

In my homeland in South Asia, it’s common for people to raise fish at home with the simple intent of eating them.

I skimmed through blogs and videos alike to find out what an oscar fish tastes like. And the fish got a mixed reaction. One person shared, “it’s delicious. You’d be shocked to know how much they taste like hog snappers.”

However, a Youtuber duo reported that there wasn’t much meat on the fish, and it wasn’t really worth the hassle.

What Are The Best Baits For Oscar Fish?

From what I saw online, hobbyists used wonder bread and beetle spin to lure the oscar fish.

In the wild, oscars mostly snack on small fishes, live insects, insect larvae, and small crustaceans. Therefore, you can consider these for bait, too.

How To Fillet An Oscar Fish?

Oscars are often the biggest fish in the tank, but they’re quite small compared to some common species that we fish. Thus, it can be quite tricky to fillet them the right way.

Here’s a step-by-step guide to help you fillet an oscar fish the right way.

How To Cook Oscar Fish?

Although I haven’t eaten oscars, here’s a quick recipe that I came up with after watching a number of videos on YouTube. Here are step-by-step instructions:

Once you fillet the fish, wash and cut them into bite-sized pieces ( 2 inches long approx.). Marinate the fish for a few hours with some lemon, salt, pepper, and rosemary. You can also add other herbs of your choice.

Whisk an egg and add a teeny tiny bit of salt and pepper to it.

Remove the fillet pieces from the fridge and let them warm up to room temperature. Dip them in the egg batter first and coat them generously with the breadcrumbs.

Heat up butter in a pan. Once the pan is heated, shallow fry the fish for 3 to 4 minutes on each side. And you’re done!

Conclusion: Can You Eat Oscar Fish?

Yes, you can eat oscar fish. I mean, they’re edible.

In fact, oscar fish is an invasive species in states like Florida, where they’re often used as game fish!

There are several clips on the internet showing enthusiasts devouring oscar fish. So, I guess it all boils down to personal preference!

However, most oscars you find in the wild in the US were released by hobbyists like you and me. So, their bodies often retain all the chemicals and treatments that were used when they were domesticated. And ingesting these compounds can lead to dire consequences!

Watch what you eat!