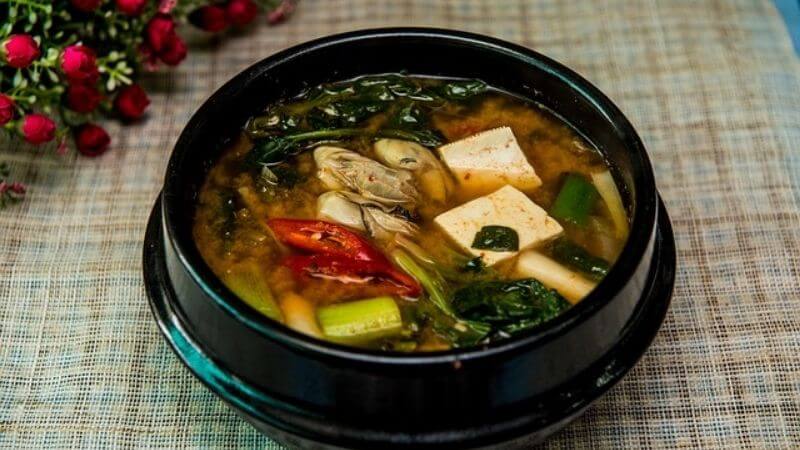 It is surprising to know the feats humans have achieved on this planet. And equally surprising is our tendency to eat anything that remotely moves.

Yes, I am talking about us eating turtles. But, ever thought about what a turtle tastes like? Or, are they safe to consume?

Can You Eat Turtles?

Fossil evidence has shown that humans were eating turtles more than 400,000 years ago. Still, today, turtle soup and meat are served worldwide. Turtle soup used to be a popular dish in restaurants near New Orleans.

These dishes were usually made from sea turtles.

But with the decline in the sea turtle population, it is now banned to catch, eat or kill any of the 7 turtle species.

However, there are several countries where sea turtles are still caught and eaten.

The taste of a turtle depends upon the cooking style, and the seasonings added.

Soft-shelled turtles are a popular dish in Asian countries. They have a chewy texture, and most claim them to be tasty.

What Parts Of A Turtle Can You Eat?

You can eat the neck, tail, limbs, insides, and eggs of a turtle.

The neck is the meatiest part of a turtle. As for the tail, it depends upon the species. Some turtles have long meaty tails, whereas some have short ones.

However, the common snapping turtle, a favorite among turtle connaisseurs, has a longer tail, letting you enjoy a slice of proper turtle meat.

Many turtle meat lovers affirm limbs as the tastiest part of a turtle’s body. Due to the generous meat distribution in the limbs, most prefer to have them baked or fried.

Making soup out of the limbs is considered a waste of meat by many.

Besides limbs and necks, you can also eat a turtle’s liver, heart, lungs, esophagus, intestine (should be thoroughly cleaned), and windpipe.

If the turtle has eggs inside its body, you can eat them, too. They are more nutritious than the meat itself.

What Kind Of Turtles Do People Eat?

But with the ban on hunting sea turtles, other species like snapping, terrapin, red-eared sliders, and soft-shelled pond turtles are today’s favorite. It is usually the invasive ones that land on the dinner table.

In 1978, the WWF enlisted sea turtles in the endangered species list. But before that, sea turtles were a popular food choice in many coastal areas.

In the past, sailors used to take turtles on the voyage. Turtles could survive for months without food, making them an excellent food source in dire times.

Can You Get Sick By Eating Turtles?

Yes, people can get sick after eating turtles. This year, 19 people from Madagascar have died due to food poisoning after consuming sea turtles.

Sea turtles consume every sort of algae under the sun. Although these plants do not harm them, they can make humans fatally ill.

Therefore, consuming turtles that have eaten such algae can make you sick. In the worst-case scenario, it can cause death.

Also, turtles carry the salmonella virus, which can easily transmit to humans and cause digestion-related problems.

Perhaps you might want to wear gloves and wash your hands after handling a turtle.

Can You Eat Turtle Eggs?

Turtle eggs are rich in protein and can be eaten. However, it has now been banned to farm turtles for the eggs. Also, if you ever get the chance to eat turtle eggs, make sure you cook them properly.

People who have eaten turtle eggs have described the taste to be similar to other animals’ eggs. In addition, they have a strong smell that lingers for a while.

Which Turtles Are Legal To Eat?

It depends upon the state you are in. You cannot catch and eat sea turtles in almost all states in the US.

However, invasive species like red-eared sliders, pond sliders, and common snapping turtles are legal to consume in most states.

It is recommended that you check with the local laws beforehand.

The dwindling population of sea turtles is why they are illegal to eat in all US states.

Some freshwater turtles have been listed in IUCN’s red list of endangered species along with sea turtles.

Alligator snapping turtle, the main ingredient of the famous New Orleans soup, has also been banned from eating.

How To Cook A Turtle?

After you’ve cut open and dissected the body parts, tenderize the turtle meat by boiling it. Only after that, choose your way of cooking it. You can deep fry, roast, or make a curry. Most chefs like to make soup out of snapping turtles.

Before you cook a turtle, you need to know how to cut one. For this article, we will be talking about a snapping turtle, which is legal to eat in most states.

How To Cut Open A Turtle?

Things you will need to cut open a turtle:

Give the snapping turtle a piece of stick to bite. Be careful, or it could bite your digits.

After it bites the stick, hold the stick at two ends and pull it as far as possible to stretch its neck.

Once you have elongated its neck, chop off the head with a heavy knife or a hand axe.

Do it in one shot. Make it as abrupt as possible, so the turtle doesn’t feel pain for much longer.

And if you are wondering whether turtles feel pain, here’s an article to explain all about it. How Strong is A Turtle Shell? Are They Bulletproof?

Now, take a plier and hold the wire. Clip the wire through the turtle’s tail. Now, hang it upside down on a tree to bleed it out.

After the turtle has completely bled out, use the plier to clip off the claws. Snapping turtles have gnarly toes which aren’t edible.

Now, fill a tub with water and boil the turtle. Let it simmer for a while. Once you notice the shell getting soft, get a stiff brush and scrub the scutes. This will take off the skin from the turtle and kill bacteria if there are any.

Now, we come to the cutting part.

You should be careful not to cut open the organ sack. Anything that seems bloated shouldn’t be cut. Doing so will puncture the intestines and result in a foul smell.

Therefore, do not poke or stab an organ sack with a sharp knife at this stage.

Instead, use a serrated knife to cut around and remove the lower plate (plastron).

Now, cut all legs, neck, and tail in one piece.

The shells and guts are of no use. You can throw them. If you notice any eggs, include them in the edible section along with the legs, neck, and tail.

Final Words On Can You Eat Turtles

Had there been no restrictions on eating turtles, they would have been erased off the face of the earth.

The ones who eat them describe them to be the tastiest meat ever. No wonder the turtle-meat-eating generation has led to such a decline in turtle population today.

Asian nations and several island nations eat freshwater species like the soft-shelled turtles. They roast, fry, boil, and make soup from these turtles.

The same can be said about Americans, who love to make turtles their main dish at bbq parties.