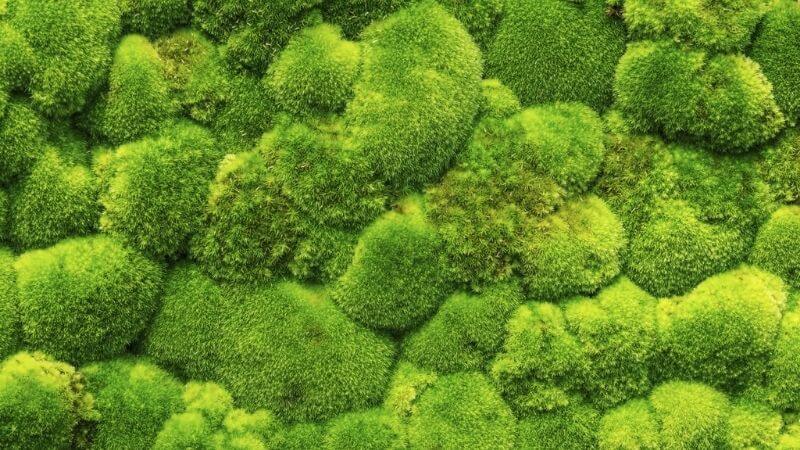 Algae is the main dish of Amano shrimp, but what about moss? Do Amano shrimp eat moss? We all know how much aesthetic value moss can bring into an aquarium. But with the widespread belief that Amano can consume almost anything, be it plants or meat, makes any of us wonder whether they will consume moss or not. It would be a disaster if your Amano nibbled these beautiful aquascaping elements.

Amano shrimp eat algae off the plants, and moss is known to pick up fragments of flake foods and algae around them. Amano will graze on the algae, and the leftover foods stuck on the moss, but not the moss itself.

You need not worry that your Amano is trying to nibble off the moss as they always leave healthy plants and eat only the decayed ones. Some mosses have decayed parts, which you need to prune if you don’t enjoy seeing brown moss in your tank. This is when your Amano will feed on these dead parts of your moss. As a matter of fact, they are doing you a favor by pruning themselves.

Many aquarists keep the moss in a shrimp-only tank, and there’s a reason behind it. Mosses make your aquarium beautiful, and I assure you that your Amano won’t target it. Some days, you will find your Amano shrimps rolling the Marimo moss ball around the aquarium for fun.

How To Prevent Amano Shrimp From Damaging Moss?

An Amano feeding on moss is a healthy sign but can be worrisome when your Marimo moss balls’ round shape is getting damaged. To prevent your moss from getting damaged, here are a few of the things you need to do.

You need to feed your Amano shrimp regularly so that it doesn’t get famished and go for the moss. Feed them a diet that comprises more than just algae. Amano shrimps are omnivorous, and they can feed on almost anything you provide.

Yes, keeping a tank clean is the reason we keep Amanos. But as we are now talking about not damaging the moss, aren’t we? It is better to keep that excess food and residues of feeds to a minimum so it doesn’t get stuck on your moss—the lesser the food sticks on the moss, the lesser your Amano’s feeding off of it.

You cannot feed commercial pellets to your Amano every time. You should know that an Amano’s first food of choice is algae, so create a habitat that generates food itself for your Amano. Having plants will help in harboring algae and other edible bacteria for your shrimps.

Shrimp itself feeds on the decayed and damaged parts like the leaves of the plants. They will leave the healthy parts of the plants along with young buds.

Overpopulation is the reason behind the shortage of everything in tanks. It leads to lesser space, lesser food, and more damage to your aquascape. If your tank is overpopulated with Amano, then they will eat whatever is in it. Feeding them becomes hard because only the bigger ones will be the one who snatches every food that you provide.

This then will lead to scarcity of food for the smaller Amano. And this is when they graze on plants and ultimately unto the moss ball. So, make sure you are keeping the right number of Amano in your tank.

Do Other Shrimps Eat Moss?

Shrimps do not eat the moss itself. They eat the algae and leftovers that are harbored by the moss ball.

Moss balls aren’t eaten by most aquatics. They are loved by many creatures but beware of goldfish as there are sightings that they nibble on moss too.

The notion that most people get while having an Amano in their tank is that they consume everything, including healthy plants too. But this is not true, as your Amano will only feed on the plants’ decayed and dead parts. You might have noticed your Amano fumbling with the moss you have in your aquarium, but you need not be alarmed by this sight. Mosses gather and pick fragments and leftovers in the aquarium. And an Amano’s favorite foods are the likes of such fragments. Therefore, next time you see your Amano hovering over moss, you need not worry because he is just pruning and covering your shift.