Do Betta Fish Need Air Pump? Do They like It? 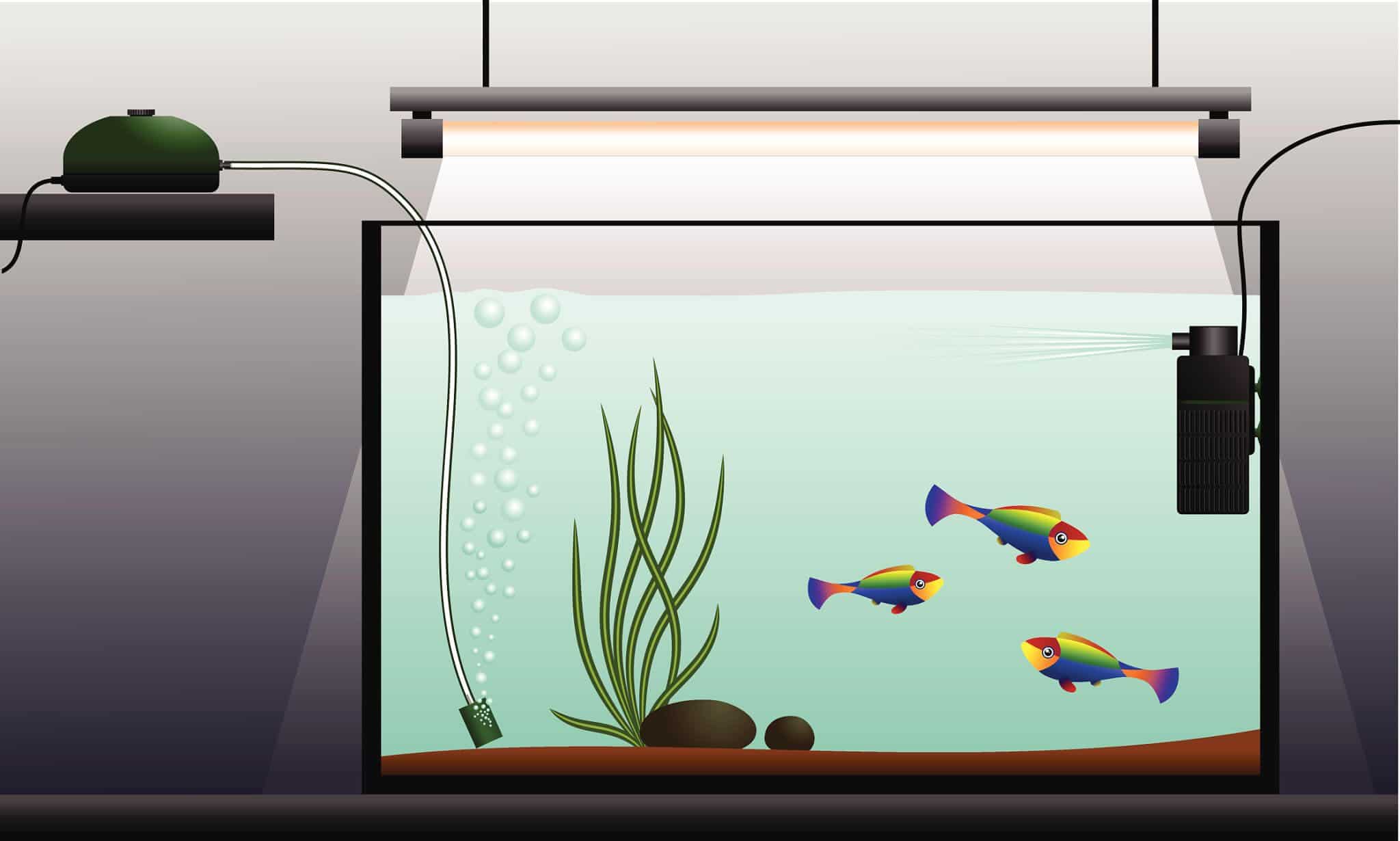 Bettas are simply some of the most stunning fish to look at. That’s why it’s not uncommon to see people treat them more like showpieces rather than pets.

But there’s more to bettas than their colorful fins. These are very hardy fish that can survive a wide range of conditions. They aren’t called Siamese fighting fish for no reason.

That being said, caring for betta does require specific know-how.

And that brings us to our question.

Does a Betta Fish Need an Air Pump?

Generally, bettas don’t require an air pump. They are anabantoids, which means they can breathe the atmosphere’s air using a unique organ called labyrinth. This is also why bettas can survive in water conditions that would be fatal to other fish, like slow-moving streams, drainages, ditches, puddles, and rice paddies.

What is the Labyrinth Organ and How Does it Work?

Scientifically, the labyrinth organ is defined as the much-folded subrabranchial accessory breathing organ.

It consists of two small plates right above the gills formed by the vascularized growth of the first-gill arch’s epibranchial bone.

The labyrinth allows your betta to breathe oxygen directly from the air, an alternative to inhaling it through the water with gills’ help.

This organ helps the oxygen to be directly absorbed into the bloodstream. That’s the reason your betta can survive without water for a short period.

Provided that it is moist, it can inhale oxygen from the air for a brief period.

Thanks to the dual nature of inhaling oxygen, you’ll seldom have to worry about “do betta fish need an air pump?”

Unlike guppy and molly fry, your betta fry may not indispensably need an air pump.

The air pump produces a strong water current, which will hamper swimming and your fry’s potential growth.

If you’re using a sponge filter, make sure to buy one with small pores so that it doesn’t suck them up.

You can also cover the tank with a saran wrap for the first few weeks. This will help to keep the surface air humid while also assisting the development of the labyrinth organ.

It’s important to note that bettas aren’t born with the labyrinth organ.

The organ’s growth happens gradually over some time. Until then, your fry will breathe entirely through the gills. That’s why it’s essential to make sure there’s enough oxygen in the water.

What Color Gravel Is Best for Betta Fish – Tips to Bring out Your Aquarium’s Contrast!

Can Betta Fish and Turtles Live Together in the Same Tank? – Tips on keeping betta and turtle together.

We have established that bettas don’t need air pumps under normal conditions. However, the vital question to ask here is, “do bettas like air pumps?”

A lot of time, bettas like playing with the air bubbles formed by the air pump. These bubbles offer a form of entertainment within the four walls of the tank, which can keep your betta occupied for hours on end.

You will often see your betta swimming into the bubbles so that it is lifted to the top, only to quickly swim down and repeat the process again.

But sometimes, the air pumps can produce strong currents, which will stress out your betta.

Bettas are used to slow-moving water bodies. So they may not like the water current transforming their large fins into sails.

So, the answer to this question is it depends on your bettas’ personality. All in all, if you have bettas and use an air pump, always make sure to use pumps in a low setting.

When to Use Air Pump in a Betta Tank?

The answer to whether or not do betta fish need an air pump is quite clear. No. but there are a few instances when an air pump can come in handy for your betta tank.

If you have a sick betta under medication, you might want to use an air pump.

A lot of times, the medication gets rid of the tank’s oxygen as a side effect. Thus, there are chances that your betta will suffer due to low oxygen levels.

Now you may think, “Why doesn’t the labyrinth organ take care of it anyway?”

It does – most of the time.

However, with some instances like swim bladder disease, your betta might not be able to swim to the top for air.

If You Want to be Cautious

If you would like to stay on the safer side and avoid risks at any cost, a battery-powered air pump can be quite useful.

If your filter ever breaks down, an air pump can keep the water aerated. You’ll still have to conduct regular water changes. Nevertheless, air pumps can be viable solutions until you get an active filter.

If You Have a Sick Betta Fish

If you’re treating a sick betta fish, the most common advice you’ll get is to raise the water temperature. And this trick actually works wonders. But there is one small catch.

The temperature rise will lower oxygen levels in the tank. And when treating a sick fish, it’s always best to ensure there’s enough oxygen in the water.

So, in such scenarios, an air pump can be useful to keep the water oxygenated without meddling with the temperature.

Air Pump VS Aquarium Pump – Are They Different?

But these two are entirely different devices with different functions.

Air pumps are added outside the fish tank, while aquarium pumps are either submersible or in-line in nature.

Both have very distinct functions and aren’t a substitute for each other.

Since they inhale oxygen through gills and labyrinth organ both, an air pump won’t have much use in a betta tank.

However, there are a few exceptions. If your bettas like playing with air bubbles, you can use an air pump on a low setting. Similarly, if you have sick betta that requires medication, an air pump to boost oxygen levels in the water can be quite helpful.

Can Betta fish eat Bread Crumbs? – Tips on what to feed a betta.

A Round-up of Five Best Betta Decorations in 2021