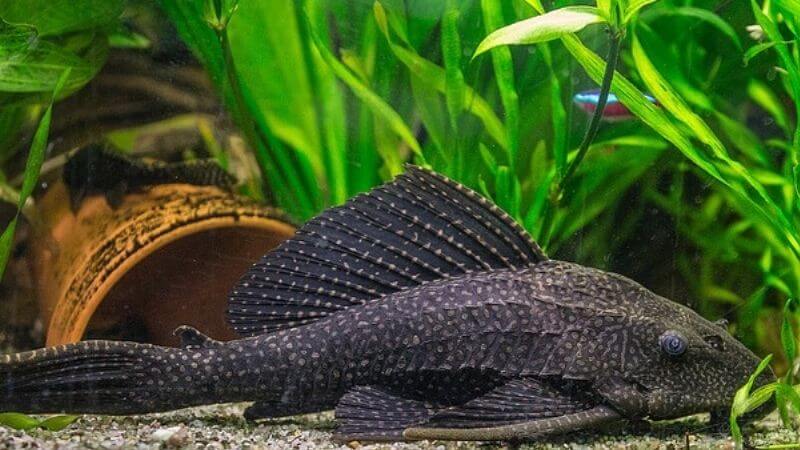 Catfish can grow at an astounding rate. Some even reach up to 6 ft in length and weigh over 200 pounds. Thanks to their diet, they have become one of the largest freshwater fish.

Catfish are omnivores and will consume everything they find in their habitat. This definitely clears out the doubt on whether they devour turtles if encountered.

A turtle’s shell will do little to protect it against catfish because larger catfish have wider mouths that can fit an entire adult turtle. So, it is typical for catfish to prey on turtles.

Catfish eat baby turtles all the time in the wild. This is because they find baby turtles nutritious, helping them attain those massive sizes.

Catfish, like turtles, have to swallow their food. They don’t nibble piece by piece like other fish. So, when they encounter turtles, they will swallow them whole.

There have also been failed cases when catfish were overambitious.

A catfish of about 5-feet length had tried to swallow an adult red-eared slider turtle. But the slider was big enough to not fit wholly inside the catfish’s mouth.

This prevented the catfish from moving its jaws and ventilating through gills.

To make matters worse, the turtle bit its gills, resulting in its death. Unfortunately, the turtle couldn’t escape and shared the same fate.

This incident shows that larger turtles aren’t an easy meal for catfish.

Can You Eat Turtles? What Does It Taste Like?

And if you keep a large-sized catfish together with baby turtles, you should immediately separate them. Otherwise, the catfish will snack on baby turtles sooner or later.

When Can Catfish Eat Turtles?

Although catfish have shorter lifespans compared to turtles, they can still live for about 50 years. So, to get to the size where they can consume a turtle whole, they will need to be at least 10 years of age. And by then, they will be over 4 feet long and weigh over 100 pounds.

We now know that catfish can eat turtles, but what about turtles eating catfish? Will they get their vengeance?

Turtles will try to eat anything smaller than them. Therefore, they will also eat smaller species of catfish.

Some species of catfish turtles eat are:

Can You Keep Catfish With Turtles?

As I said, turtles will devour anything smaller and slower than them. This is why you need to put them with fish that share the same growth rate as them.

What Type Of Catfish Should You Keep With Turtles?

Some species of catfish you can keep with turtles are cory, pleco, bumblebee, pictus, and striped Raphael. Make sure you do not keep any larger species of catfish. Doing so increases the chances of your turtle ending up as a happy meal.

It is natural for turtles to eat fish. So, nothing can be vouched for when keeping catfish with turtles.

Your cory catfish will be safe as long as the turtle is small enough to not prey upon them. Unfortunately, cories do not grow bigger than 2 to 3 inches – so, find another tank once your turtle grows larger than them.

Not all plecos can be kept together with turtles. Common plecos can grow over 2 ft in length – putting your turtle in danger of being eaten.

However, there are some species of plecos that you cannot grow that big and are safe to keep alongside turtles.

Here are the two kinds of plecos that you can keep with turtles (or, at least, they won’t be devouring your turtle):

One of the easiest catfish to raise, bristlenose pleco feed on any kind of food. And most importantly, they plateau at just 4 to 5 inches.

They are excellent scavengers and will keep your tank clean. But, on the other hand, Turtles are the champions of making a mess in the tank.

However, once your turtle grows bigger than the bristlenose, it will attack and eat the pleco without hesitation. Such is the way of nature.

Therefore, you need to remove the fish from the tank and keep them separate if you want them alive and well.

Another exciting choice to keep is clown pleco. This fish can only grow about 3 to 4 inches, making them safe turtle tank mates.

Clown plecos feed on driftwoods, which is why you should manage driftwoods beforehand.

Catfish are omnivores and will prey on anything they find in their habitat. This means they will not hold back when they encounter turtles.

And the same can be said when a turtle meets a small catfish species.

If you want to know which catfish will be best paired with your turtle, try striped Raphael catfish and the two popular plecos: bristlenose and clown pleco.