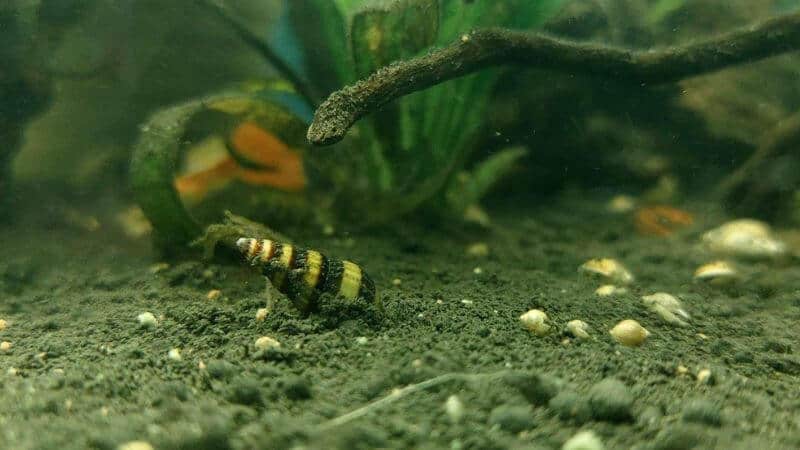 Is cannibalism limited only to certain animals like lions and hippos, or is it also seen in gastropods like your pet snails?

This is a legit concern of every snail keeper and those planning to get these slimy critters. You wouldn’t want to wake up to your snails missing out of the blue – it would truly be a nightmare come true.

So, the question remains – are snails cannibals? Do they live in harmony or show “Hannibal” nature indiscreetly?

In this episode of snails, we will try to find out the truth about whether snails eat their own kind or not?

Most snails aren’t known to eat their own kind, but they eat their eggs to recover from the energy they lost while laying them. However, some species like assassin snail, rosy wolfsnail, decollate snail, and gray lancetooth snail eats their own kind and other species of snails.

With more than 48,000 snail species, it’s only natural that there are one too many ways snails feed. You can’t assume every snail has the same feeding behavior.

So, definitely, not all snails eat their own kind.

But there are exceptions.

Below is the list of four snails that practice cannibalism:

Assassin snail, also known as the pest snail-killer, is a notable species among snail keepers. This freshwater snail, originally from South East Asia, has a reputation for hunting down other snails in a commune tank.

For instance, they are everyone’s go-to snails when a tank is swarmed with ramshorn snails. And boy, are they excellent at their job.

How Do Assassin Snails Hunt?

Assassin snails hunt by tracking down the slime released by other snails. They will then glue themselves to the prey’s body using their gluey muscular organ, the foot. They will then spot the prey’s aperture and use their retractile proboscis to scrape the insides of their victim.

How Soon Can Assassin Snails Eat Snails In An Aquarium?

So, do not think having a single assassin snail will eliminate the pest snail problem.

Remember that assassin snails do not breed rapidly like other freshwater species. So, I’d recommend getting at least a group of 5 to 6 to deal with the infestation.

What Will Assassin Snails Eat If There Are No Other Snails Left Alive?

Although their preferred food is other snail species, they can still consume other food. They feed on worms, dead fish and snails, fish pellets, algae wafers, and even algae, too.

You need not worry about assassin snails’ diet even if there are no snails for them to eat. That being said, you can drop some pest snails as a treat now and then.

Rosy wolfsnail is an invasive species and is illegal to keep in most US states. As it is a land snail, the legal restrictions are even stricter than those for invasive aquatic ones.

Let me tell you why.

The Notoriety Of Rosy Wolfsnail

Rosy wolfsnail is native to the Southeastern states of the United States. Previously, its reputation for eating snails made it one of the prime candidates to be used as a biological method to eradicate the invasive Giant African Snails in Hawaii.

However, things quickly went south when these wolfsnails began to consume other native species instead of the Giant African Snail.

Furthermore, the situation worsened when it caused the extinction of the Hawaiian tree snail.

So, this catastrophic consequence has made them a notorious species on the IUCN list.

How Does Rosy Wolfsnail Hunt?

Rosy wolfsnails are three times faster than average snails, which means they have a speed advantage over their prey. Like assassin snails, rosy wolfsnails insert their retractile proboscis into the victim’s aperture and scrape their flesh.

Nicknamed “the cannibal snail,” rosy wolfsnails are found to eat smaller snails of their own species.

Unlike the ambitious assassin snails, who prey on larger species, the rosy wolfsnails like to target smaller snails.

What Other Food Do Rosy Wolfsnails Eat?

Rosy wolfsnails are strictly carnivores. Along with their most preferred prey, snails, they feed on worms, carrions, snail eggs, minced meat, and clams.

Another snail we have on this list is the decollate snail. Unlike other snails featured today, these land snails are omnivores and will eat snails as well as other food.

But here’s the catch.

Only when there’s a shortage of snails and slugs in their vicinity will they eat other food.

Decollate was first introduced to be used as biological control of the brown garden snail in Charleston, SC, in the 1800s.

However, it was soon found that they also ate vegetation, beating the purpose of their intended use.

How Efficient Are Decollate Snails At Hunting?

Although decollate snails were first introduced as predators to eradicate brown garden snails, the ordeal resulted in a fiasco. Perhaps, their omnivorous diet regime offered them a more comprehensive menu to feed from than fixating on eating snails only.

What Other Food Do Decollate Snails Eat?

How Do Decollate Snails Hunt?

Like other carnivorous snails, decollate snails track down the slime trails left by prey snails. Then, they will burrow their proboscis and sink their radula into their victim’s body.

Decollate snails are nocturnal. They stay buried most of their time during the day and only come out hunting at night.

Gray lancetooth snail, a native species of Eastern North America, is another terrestrial omnivore snail that feeds on other land snails, especially the noonday globe snail and the flamed disc snail.

Predominantly found in moist areas in the woods, it makes its habitat under the logs to keep itself hydrated.

How Do Gray Lancetooth Hunt?

Gray lancetooth follows the mucus trails left by other snails and tracks them down. They are experts at hunting down snails, no matter the size. They toy with smaller snails as their victims helplessly retaliate. As for larger snails, the gray lancetooth will climb and crawl into their aperture and eat the insides.

Unlike other carnivore snails, gray lancetooth first transport their prey to a secluded area. They do this to avoid any form of predatory competition from other snails.

They eat the shells and the prey’s flesh to replenish calcium supplements.

What Other Food Do Gray Lancetooth Eat?

Besides snails and slugs, gray lancetooth can eat algae, worms, snail eggs, nematodes, and vegetation. They aren’t strictly carnivores, which gives them ample opportunity to thrive even when there are no snails nearby.

The garden snail (cornu aspersum) will not eat other snails unless they are dead. So, yes, they are scavengers. However, their primary source of diet is plants.

But not all snails in your garden are garden snails. There are some predatory snails like the rosy wolfsnail that you might mistake for garden snails. These snails are natural predators who eat their own species.

Most snails are scavengers and will definitely eat dead snails. In addition, decomposing snails are rich in calcium and protein, so other healthy snails eat them for their nutrients.

Carnivore snails eat baby snails when the food supply begins to run out. A popular example will be the gray lancetooth snail. They do not hesitate to eat their younger siblings or hatchlings to supplement protein and calcium needs. This kind of behavior can be expected from most carnivorous snails.

Cannibalism isn’t unusual in gastropods. And snails are no different. But, having said that, only when the food supply is running thin do the carnivore and some omnivore snails prey on other snails.

As a matter of fact, carnivorous snails have minimal prey options. It might be due to their slow pace – they have evolved only to eat snails that are slower than them.