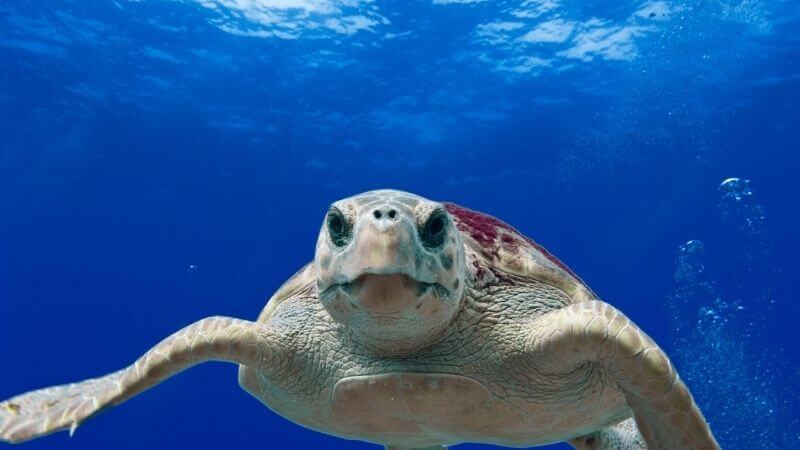 Many turtle owners think that their turtles feel lonely when kept alone in the tank. We worry that they might get depressed and stressed when kept alone in a tank. So, as a responsible turtle parent, you might wonder, do turtles get lonely?

Do Turtles Get Lonely?

No, turtles do not get lonely. Turtles are solitary animals who like to live alone and do not need social company. They don’t get bored or sad when left alone. They like their own company and have been doing so for thousands of years.

Do Turtles Have Emotions?

We humans like to associate every being with the same school of thought. Emotion is one of them. Turtles do not experience a wide range of feelings or emotions, so they don’t feel bored.

However, they display certain behaviors when they sense food or are feeling hot or cold. The turtle might seem happy when they see you, but you are just a food dispenser to them.

Turtles aren’t social animals. So, just like every other solitary animal, they like to be alone. Although there’s no dominant hierarchical system among turtles, we can often see territorial aggression and mating frustration among turtles.

So, if you’re wondering if keeping two turtles in the same tank will be appropriate or not, keep reading!

What Happens When You Keep Two Turtles In The Same Tank?

By now, you might have known that turtles are solitary animals that like to live alone. But, with the entry of a new turtle in the tank, things might turn out different. Fighting is one of the familiar scenes you might have to see when keeping two turtles in the same tank.

Significantly, juvenile turtles can get aggressive in the presence of another turtle. Turtles are territorial, and even for a baby turtle, a 20-gallon tank is a must. And when there’s animosity for territory, an outburst can occur.

While giving food, turtles will try to snatch each other’s food and start getting aggressive. No matter how much food you feed both of them, they will try to display dominance by encroaching on each other’s territory.

The best thing you can do is keep two baby turtles of different gender in the same tank. Baby turtles aren’t that aggressive when compared to adult turtles. They will be familiar with each other and won’t be aggressive in each other’s presence.

Can You Place Turtle With Another Reptile?

Reptiles are cold-blooded animals who like to live and hunt alone. So, keeping another reptile with a turtle in the same tank can be a bad idea.

When turtles fight, both of them will have equal advantages and disadvantages. This fight often ends in a draw, leaving a few bites and scratches on both of them. However, with other reptiles, the results can be different, or you could say, fatal.

If you are keeping a turtle with a snake, then it can go either way. Turtle’s evolutionary trait has helped them against most predators, so snake has a disadvantage against the turtle. Turtles have a hard shell, which can be tough for even bigger snakes like pythons to digest. As for smaller snakes, turtles will try to kill them if they have a duel.

So, placing a turtle with another reptile is more dangerous than keeping two turtles.

Now that you know that it is tough to keep reptiles and turtle in the same tank, what about the fishes?

Can You Put Turtle And Fish In The Same Tank?

Putting turtle and fish in the same tank is relatively safer than keeping two turtles or turtle with a reptile. Turtles feed on the fish, but the presence of fish will keep turtle happy as they think that they will have something to eat like the way it used to be in their natural habitat.

A baby turtle requires at least a 20-gallon aquarium to thrive. Also, a longer tank is preferred over a taller tank, as the longer tank will provide more space for the turtle to swim while leaving enough room for fishes.

Getting a separate tank for turtle or fish only because you want to keep both of them as pets can be costly. Instead, you can get a net separator, which will divide the area for both of them. Turtles are territorial and will attack when fishes come into his territory. So, a net separator will help in solving this problem.

This is the best solution if you have a larger tank and keep both fish and turtle in the same tank. It saves you money and also keeps your fish safe from the turtle.

Get Plants For Your Tanks

To keep turtle with fish, you need to grow plants or have artificial ones in the tank. These plants provide hiding and resting places for fishes. When chased by turtles, they can escape through these plants.

Guppies are fast, and turtles will have a hard time catching them. They are agile and can sense turtles from afar. They will steer clear from the turtle’s territory and also give life to your aquarium. They provide a fair amount of exercise to turtles too.

Many turtle keepers keep goldfish and minnows along with turtle. They do not cost much, and if eaten, they can be easily replaced due to their affordability.

Do Not Keep Bettas With Turtles

Even though the colorful bettas are one of the best-looking fishes that lit up your aquarium, there might be a problem when keeping them with a turtle in the same tank. Bettas are slow fishes, and in turtle’s eyes, they are just another food. They won’t care how beautiful betta’s fins are and will indeed nibble them. So, bettas with turtles is a bad idea.

Do Turtles Get Depressed?

Turtles, in general, do not show any emotions or feelings to show they are depressed. But, they can get stressed when certain conditions aren’t met in their habitat. They show their stress by not eating or jumping out of the tank.

These conditions can be dirty water, two or more than two turtles in the same tank, less swimming space, and no basking.

So, How Can You Keep Your Turtles Happy?

Like I mentioned above, certain conditions can be met to keep turtles happy.

By now, you have known that a turtle is a solitary animal that enjoys its own company. Having multiple turtles will only increase their anxiety. Keeping them with other reptiles too is not a good idea. If you want your turtle to have company, then include guppies in the same tank. They are fast enough to escape the turtle’s grasp and will give a fair amount of exercise to your turtles.

Turtles themselves make quite a mess, but it doesn’t mean that they like to live in a polluted habitat. Clean your tank water regularly, and they will be happy swimming in it. Tap water usually has a high amount of chlorine, so you need to dechlorinate your water to keep your turtle happy and healthy.

A turtle needs at least a 20-gallon tank for swimming. With abundant area, he needs to bask to maintain body temperature. Have a basking area under the heat lamp for him to rest.

Final Words On Do Turtles Get Lonely?

Turtles are solitary animals who like living alone. Adding a partner will only give an invitation to further problems. Also, while adding a partner for your turtle, you need to remember that two females are better than two male turtles. Say no to adding reptiles with your turtle. Fishes like Guppies are an excellent choice if you want your turtle to share the tank with your fishes.

If you wanna know more about turtles. Here are further readings: