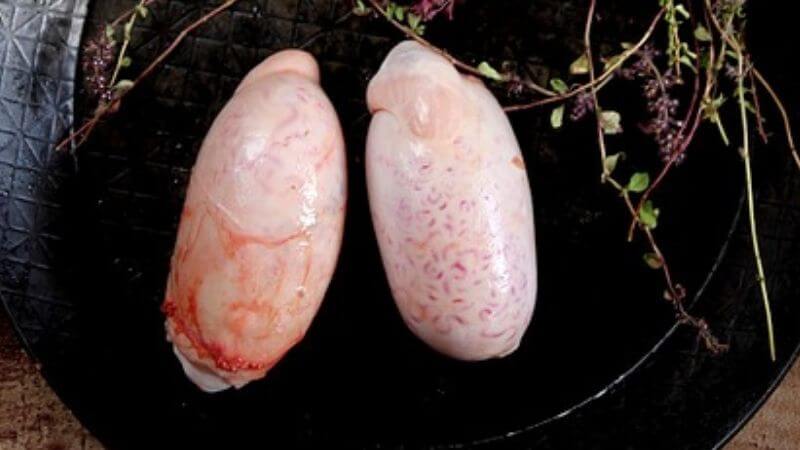 You might have seen how enormous a male turtle’s penis is. If you haven’t, you can check it out on the internet. (Watch at your own risk!).

But do turtles have balls? If yes, how big are a turtle’s testicles?

Well, let me tell you because I have watched these videos. But, hey, do not judge me. It’s all for educational purposes. And for your information, I didn’t binge.

So, without further ado, let’s begin.

Do Turtles Have Balls?

Yes, turtles have balls. During mating, a turtle’s penis is visible, but its testicles aren’t. This is because their sacred jewels are tucked safely inside their shells.

Their balls are tentatively the size of an egg yolk each.

Unlike humans, the sexual activity of a turtle doesn’t happen year-round. Their sexual parts only get stimulated during the mating season.

This urge activates their gonads to synthesize sperm formation in their body.

Both male and female turtles have gonads. Gonads are present as testicles in males and ovaries in females.

Gonads in male turtles produce sperm and testosterone, whereas it produces estrogen and progesterone in females.

Where Are The Turtle’s Balls Located?

Turtle’s balls are located inside his lower abdominal cavities, adjacent to the kidneys. Unlike humans, turtles do not have external scrotal sacs. This is why you do not see their balls while copulating.

What Is The Function Of Balls In Turtles?

The function of balls in turtles is to produce and store sperm. Their balls do not work like ours. These testicles only enlarge during breeding seasons.

And, they are put into maximum work when the turtle is united with his partner.

Turtle’s balls are not only a reproductive organ but also a part of his endocrine glands. They help in the secretion of hormones like testosterone and minute amounts of estrogen and progesterone.

For example, we differentiate a male turtle from a female by its prominently longer claws, concave shells, size, thicker and longer tail, etc. And to develop these characteristics, testosterone plays a pivotal role.

Similarly, characteristic female phenotype effects are seen in female turtles because of the functional analogs, estrogen, and progesterone.

The secretion of testosterone can also be associated with aggression in turtles. This temperament is displayed by turtles when they mark their territory and fight off competitors during mating season.

Unlike in other animals, the determination of sex in turtle hatchlings is unique. While most animals deploy genes to determine their sex, turtles, on the other hand, depend on the environmental milieu (social environment).

This means, during the embryo’s development process, the surrounding temperature of the nest will dictate the turtle’s gender.

In the case of sea turtles, this critical temperature is around 84.2 degrees Fahrenheit.

Now that the sexes are determined, the maintenance of these male characteristics is under the control of testosterone, which is produced by balls.

If you want to read up more on this interesting phenomenon, head over here.

Final Words On Do Turtles Have Balls

In a nutshell (no pun intended), turtles do have active balls, which carry out a diverse set of biological functions. From sperm production to marking their territory, turtle’s testicles have a say.