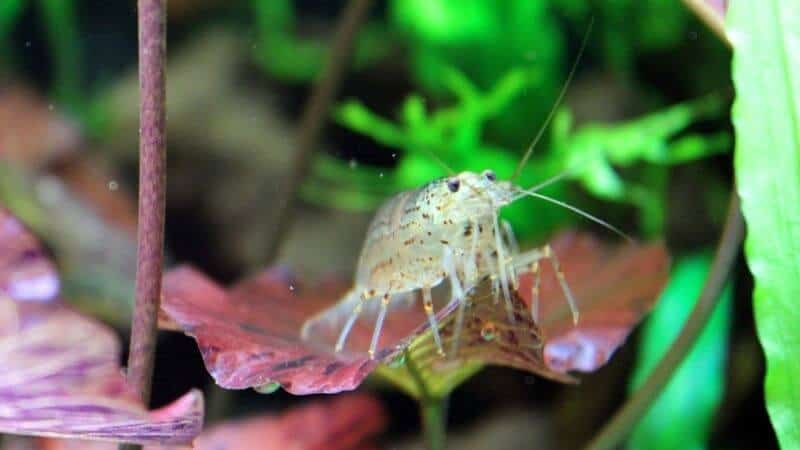 It has been over five years since Takashi Amano, the discoverer of Amano Shrimp, has passed away. But his introduction of Amano shrimp to the aqua space has popularized Amano shrimp with unceasing intensity and growth. Along with the bigger craze for Amano shrimps, we will shed some light on how big do Amano shrimp get in this article.

How Big Do Amano Shrimps Get?

How Fast Do Amano Shrimps Grow?

Amano shrimp can reach their maturity just after six months if the feeding and living conditions are right. Also, genetic and feeding culture plays an essential role in Amano’s growth.

Several factors are essential for Amanos growth. Let’s discuss some of them.

Water parameters are essential for every aquatics, and Amano is no different. Whenever you are introducing your Amano to a new tank, then specific criteria have to be met.

Temperatures should be anywhere between 65 and 85 degrees Fahrenheit (18 degrees Celsius to 29 degrees Celsius). Like most aquatics, they, too, won’t tolerate ammonia and nitrite composition in their tank. Try to keep the nitrate level below 30 ppm. The pH level of water can be between 6.5 and 8.

Make sure there is a good nitrogen cycle in your Amano shrimp’s aquarium. It is essential for both your plants in the aquarium and aquatics.

Food For Your Amano

If Amano had to be known for one thing, then it would be their relentless ability to feed on algae. So you need to ensure your tank provides enough algae for your troupe of Amano. Amanos like to feed off the algae in the plants.

The more they eat, the faster they grow up to their full size. You can give your shrimp blanched zucchini, dried pellets, and algae wafers. These will supplement when there’s a shortage of algae in your tank. And as always, make sure you are not overfeeding them. Overfeeding results in leftovers, and this causes a rise in ammonia inside the tank.

A 20-gallon tank can house 5 Amano shrimp with abundant space for grazing. Put live plants in it for mimicking their habitat in the wild. It will be better if the tank is longer than the vertical height. This is because shrimps mostly dwell on the substrates and will have enough space to forage.

A right size tank will help them get the needed space and won’t hinder their growth process. If the tank’s size is small, then your troupe of Amano shrimps will have to live congested with other inhabitants of the tank. This will cause stress and lead them into hiding. In hiding, your shrimps won’t get enough food to satisfy their appetite, and normal growth cannot be expected from such conditions.

For knowing how many Amano shrimps can you keep in a tank, check out my article on How Many Amano Shrimp Per Gallon?

Amano’s growth process is unusual than other freshwater shrimps. Amano requires brackish water for breeding, but when they develop from larvae, they will return to freshwater for the rest of their lives. The transformation from larvae to adult is a semi molting process. This means that unlike caterpillars turning into a butterfly, Amano shrimp pupae and larvae won’t have full metamorphosis like butterflies.

During an Amano fry’s growth, they will molt and take several days to develop a new shell. During this phase, they will be vulnerable to predator attacks as they won’t have a hardened shell to protect them.

For detailed information on an Amano’s molting, check out this article How Often Do Amano Shrimp Molt?

Which is Bigger? Amano in the wild or A Captive Amano.

Usually, the captive Amano is bigger than a wild one as it gets all the right amounts of diet along with water parameters. Amano in the wild has every kind of external threat factor, which causes a high mortality rate. However, captive Amano’s do not have to worry about getting eaten by predators.

Final Words On How Big Do Amano Shrimps Get

There’s a misconception that Amano shrimps only rely on eating algae, but it is not true. Even though algae is their first choice of food, they will also eat different food in their habitat to grow. Calcium enriched foods are the ones they require the most, as they have to develop shells every time after molting. Only after months of molting, they reach their full growth, i.e., up to 3 inches.