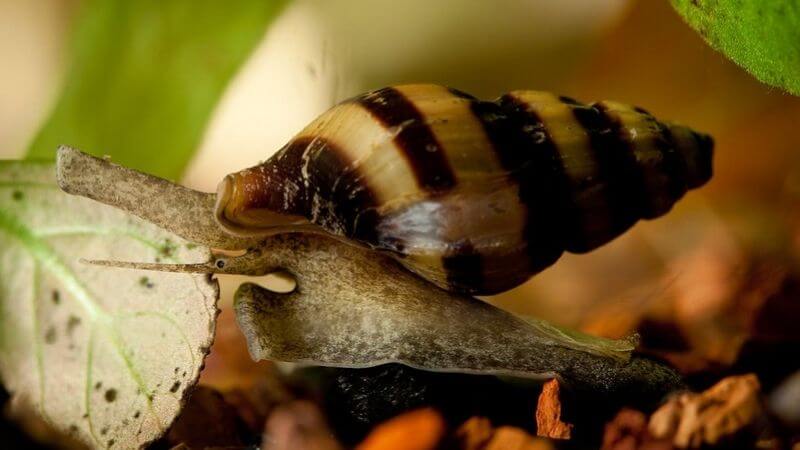 The popular belief is that keeping assassin snails helps reduce snail influx in the tank. But is it effective? How good are these killers?

To test this hypothesis, I brought home an assassin snail to see how effective it is in bringing down the growing snail population in my tank.

I was on my toes to see how this infamous hitman would bring down apple snails. So, I patiently waited for a while to see my guy in action.

You would be surprised, too, had you seen what I witnessed.

Keep on reading. The suspense continues.

How Do Assassin Snails Kill?

Assassin snails have retractile proboscis inside their mouth, which they extend to reach the insides of other snail shells. They will then scrape away the prey’s flesh and suck its blood using radula. The target will then succumb to death.

But before all this happens, you need to know that there is a series of events that involve spotting the prey and tracking it down.

First, an assassin snail will use one of the several methods to hunt down its prey.

One tactic is to wait and ambush the prey. Another is to spot and track down the game.

If your assassin snails aren’t hungry enough, they will opt for this method. It is an energy-efficient way to bring down prey.

They will bury themselves under the substrate and wait for snails to pass through. They are smart enough to find the route other snails use and will bide their time.

Once the prey comes in close vicinity, they will resurface and attach their siphons to the victim’s shell. The siphon is remarkably adhesive, gluing the predator to its victim’s shell – thus, making the prey’s resistance futile.

Tracking Down The Prey

When assassin snails are hungry, they will not wait for the prey to approach. Instead, they will track down the slimy trail left by the prey snail.

Unlike other snails, assassin snails are agile and can cover distance swiftly.

They have a pair of semi-retractable tentacles with eyes at the base. This is a common feature seen in aquatic snails.

Right above the tentacles is a long tube protruding from the front of the snail. This is the “siphon.” It works as an antenna that helps them detect food and alert them when predators are nearby.

In addition to that, it is used in bringing water past their gills, helping in respiration.

I cannot stress how vital a siphon is for an assassin snail during the hunt.

How Long Can Snails Go Without Water?

The siphon has chemoreceptors all over it. This will help the assassin snail sense water and locate the food from a distance.

Once they locate the prey, the hunt begins. They will use propodium, a thin, muscular foot to move as quickly as possible. This will also help them climb up to the prey’s shell if it is too big. The same foot is used as a suction to bury themselves during the ambush strategy.

If the prey is smaller, assassin snails will use their foot to restrain it. However, if the game is bigger, they will have to climb and attach their gluey foot to the prey’s shell.

After they successfully glue themselves to the prey’s shell, they will move towards the aperture, the shell’s opening.

They will then bring out the retractile proboscis from inside their mouths. This organ is like a rubber mouth that expands or contracts as needed.

Blood from the snail’s heart will flow to this organ and cause it to elongate and emerge from the mouth.

They will then insert the proboscis into the prey snail’s aperture. The proboscis’s tip is their tongue, also known as the radula.

The radula has over a thousand teeth, commonly termed denticles, which the assassin snail uses to scrape off the flesh inside the prey’s shell.

One misconception that I have often found people suggesting on forums is that the assassin snails use poison or inject their prey with venom. But this is blatantly false.

The assassin snail’s proboscis will eat the victims while they are alive.

As they carry on feasting, the blood released from the prey’s flesh will attract other scavengers and bacteria nearby too. So, even the planarian worm will come to enjoy the rest of the meal, just like vultures in the Serengeti.

To give you a clear picture of how do assassin snails kill, here’s an interesting video:

Can You Keep Just One Assassin Snail?

One will do if you want to keep assassin snails as a hobby. However, if you want to control the pest snail population in your tank, you need to keep at least five of them to see results.

Normally, assassin snails can only eat one snail per day. This means that they will be stuffed for a day or two before they feel the need to hunt again.

Do Assassin Snails Need To Be Kept In Groups?

Yes, if you have a large tank, it is better to keep assassin snails in a group. A single group can comprise 5 to 7 members.

How Long Does It Take An Assassin Snail To Eat?

Assassin snails will take anywhere between 15 minutes to an hour, depending on the prey snail’s size.

Once full, they will call it a day and rest buried under the sand for days. They are similar to snakes, who can go for a long time in between meals.

How Many Snails Can An Assassin Snail Kill In A Day?

If kept in a standard community tank along with fish, assassin snails will eat 1 or 2 snails in a day. They will also scavenge on the leftovers from the fish’s diet.

Their appetite is similar to that of reptiles. Therefore, they can go for an extended no-food period in between meals.

Another misconception in the snail community is that assassin snails do not eat snails larger than them.

However, this isn’t true. They can indeed bring down prey larger than them.

If the prey is too big, they will gang up on it to bring it down. This is a common tactic these snails use.

No, fish are too fast for assassin snails to catch. Also, the fish scales cannot be easily glued to the assassin’s foot. This is why they won’t bother going after fish.

However, it can be the other way around. Omnivore and carnivore fish will often harass assassin snails and eat them.

So, make sure you pair them with fish that don’t have an appetite for snails.

Both the snails and shrimps are scavengers and will encounter each other often, but they will leave each other to their own devices.

During my research, I found that you won’t notice a drastic drop in the snail population if you keep assassin snails to get rid of snails or their eggs.

Their eating behavior is similar to that of reptiles like anacondas, who will go without eating for days after eating their fill. So, do not fantasize about seeing these snails in action the whole time.

Having said that, keeping a group of these killers can still help you get hold of the growing pest snail population. Be patient, and you will definitely see some results.