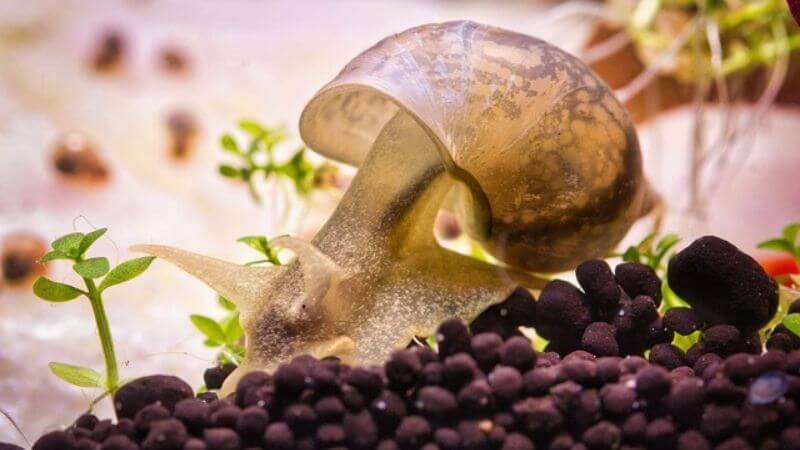 Take a seat. Because what I’m going to tell you next is going to startle you. Did you know snails are only second to mosquitoes when it comes to killing humans? Yes, you read that right.

Reports from WHO show that freshwater snails are responsible for around 200,000 deaths annually.

So, how do these slimy and slow creatures have paved their way to the most wanted list?

Freshwater snails carry parasitic worms that cause bilharzia, commonly known as schistosomiasis. However, this worm isn’t found in the United States. After entering a human’s body, these worms will end up in blood vessels – thus, blocking tissues and causing anemia, resulting in death.

Once they make their home inside a human body, these worms can even live for decades. And their larvae, after reaching sexual maturity, will need to find a snail to continue their reproduction cycle.

So, in the process of exiting the host’s body, the worms will use their sharp barbs to pierce through the membranes. This causes tissue lodgement and results in anemia.

Therefore, a freshwater snail is equally liable as schistosomiasis parasites for increasing the worldwide death toll.

How Does This Worm Transmits From A Snail To A Human?

When a person comes in direct contact with freshwater snails that carry schistosomiasis pathogens, they can get easily infected.

The individual becomes an intermediate host to these parasites.

People can get exposed to worm-carrying snails during routine agricultural, occupational, or recreational activities.

Farmers who get their hands dirty in the fields are susceptible to contact with carrier snails. This leaves them exposed to schistosomiasis parasites.

Reports show that schistosomiasis has a greater prevalence in Africa and Asia. People from this region who rely on natural water sources for day-to-day occupational activities like fetching water, washing clothes, fishing, and showering are more prone to schistosomiasis.

These routine tasks of baring oneself to the parasites-carrying snails are the prime reasons behind schistosomiasis’s wide prevalence in those corners of the world.

Swimming, paddling, or snorkeling in an unhygienic water body is how people encounter snails with schistosomiasis parasites.

How Snails Infect Schistosomiasis To Humans?

When humans come in contact with larval forms of parasites, which are present in freshwater snails, they perforate into the skin rapidly. These larvae develop into adult schistosomes that live and reproduce in the host’s blood vessels.

Obviously, some of these eggs exit when we excrete or urinate. However, some eggs get trapped in our body tissues, causing blockage and damage to vital organs.

What Are The Symptoms Of Schistosomiasis?

To begin with, the worm in themselves aren’t deadly to humans. Instead, it is their eggs that blow a great deal of damage. Individuals suffering from schistosomiasis report having abdominal pain, diarrhea, lethargy, and bloody stool.

The common symptoms of schistosomiasis are:

The later stages of schistosomiasis are marked with the following:

In severe cases, liver enlargement is the most common symptom. In addition, the parasitic eggs cause accumulation of fluid in the peritoneal cavity and hypertension of the abdominal blood vessels.

One archetypal symptom of urogenital schistosomiasis is haematuria, also known as blood in the urine. This affects the fibrosis of the bladder and ureter – often damaging kidneys. Thus, blood is observed in the urine.

This is the advanced stage of haematuria. In men, it can beget seminal vesicles, prostate, and other organs, causing permanent infertility.

Genital lesions, vaginal bleeding, and pain during sexual intercourse are observed in women.

Children aren’t spared either. In children, it often causes anemia and stunts physical and mental growth. But if the treatment is done in time, the effect is reversible.

There’s a short course of medication called praziquantel, which is known to kill schistosomiasis-causing worms effectively.

Although the effect of praziquantel is potent against adult worms, it’s not efficacious for getting rid of worm eggs. This is why health workers prescribe repetitive treatment for a few weeks.

Also, corticosteroid treatments are recommended as anti-inflammatory medicines to treat wide-ranging symptoms caused by damage to the nervous system.

There haven’t been any vaccines for schistosomiasis yet, which is why being cautious in the first place is essential.

Also, awareness of the cause can definitely minimize the cases of this widespread disease.

Although schistosomiasis isn’t prevalent in the United States, you are still prone to it if you are on vacation in the countries that have this endemic.

Here are some precautions that you can adopt while visiting affected areas:

Final Words On How Do Freshwater Snails Kill Humans

You might have thought that freshwater snails are harmless. Yet still, they play the central role in carrying these deadly parasites, schistosomiasis, which infects nearly 250 million people in a year.

Did you know that 90% of the people who require schistosomiasis treatment live in Africa?

Half the continent is prone to schistosomiasis. Especially, communities that do not have safe drinking water and adequate sanitation become its victims.

Next time you visit areas notorious for snails that carry the schistosomiasis parasites, make sure you read this article again.