How Long Do Amano Shrimps Live? Why Is My Amano Dying? 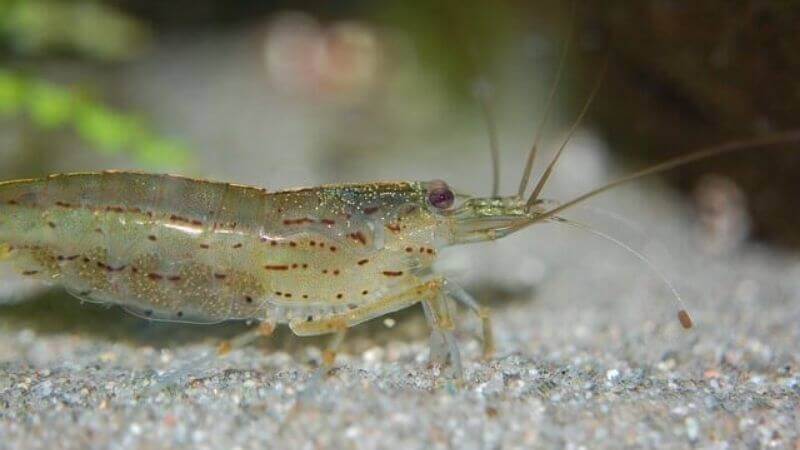 Black beard algae, green spot algae, string algae – you name it, amano shrimp will annihilate it. These ferocious tank cleaners are some of the best assets any tank could have.

Unfortunately, they don’t live too long. What could be the reason behind this? And how long do amano shrimps live?

In this blog, we will discuss all of that – from their life expectancy and lifecycle to tips on helping them live longer.

So, without further ado, let’s get going!

How Long Do Amano Shrimps Live?

Amano shrimps in captivity live only for around 2 to 3 years. Natives of Japanese swamps, amanos are tremendously challenging to breed. As a result, very few hobbyists can raise the larvae to adulthood. However, with the right living conditions, some claim that their amanos have lived for over 5 years.

Due to difficulty in breeding, amanos are caught in the wild and sold to stores in most cases. These shrimps can grow up to a maximum size of two inches, but they’re usually 0.5-1 inches long at the time of selling.

Although 2 inches may seem very minute, amanos are the biggest shrimps in the dwarf shrimp community. They’re primarily off-white to brown in color with a tan stripe on their backs. On the sides, there are several broken horizontal lines.

Although amanos can live for 2-3 years, in most cases, they meet their fate soon. I’ve experienced this myself. The main reason behind this is the stress of being transported to a new tank and the wrong water parameters.

Honestly, it really takes a lot of patience and a few martyrs before one knows how to properly take care of amanos. However, if the correct water conditions are met, predators are absent, and there’s ample food, amanos will easily complete their full lifecycle in the tank.

With amanos, there’s no room for error. I’ve heard it so often that the amanos died young right after being introduced to a new tank.

Now, let’s discuss the most common reasons behind the premature death of amanos.

Why Are My Amano Shrimps Dying?

All shrimp owners make mistakes once in a while. And sometimes, the situation plays out in such a way that even the most experienced owners are left baffled. From an inhospitable tank and wrong acclimatization to overfeeding and predator fish, the reasons could be many.

Let’s discuss the reason in detail!

Tank Is Not Suitable

What color is your tank? Carefully examine it. Be extra careful if you bought the tank online or from a secondhand shop. If the tank looks tinted than usual, it’s most likely that the silicon has absorbed some medication or chemical.

Often, medications used for fish tanks are fatal for shrimps – even more so if it contains copper traces. So if any medication containing copper was used in the tank before, there’s a good chance there are mineral traces in your tank.

The products that you used to clean the tank also could be the reason. For example, if you used any run-of-the-mill detergent or sprays, they may contain chemicals harmful to shrimps.

If you think the tank itself is the culprit, make sure to scrape up any residue and use salt and vinegar to clean the tank before washing thoroughly.

It’s super important to use dechlorinated water in a shrimp tank. However, the quality and content of tap water vary widely based on the area you’re living. So, be sure to check out the local supplier or EPA’s website to see what really is in the water.

In many regions, water contains chlorine and chloramine. While both are harmless for human consumption, they’re toxic for shrimps. You can get rid of the chlorine by letting the water aerate for a day. However, chloramine (a mix of chlorine and ammonia) can only be eliminated with the help of a de-chlorinator.

Tank Is Not Cycled

This mistake is quite common among new hobbyists. I’m guilty of it too. An amano shrimp’s wellbeing is deeply connected with the tank’s cycle. Make sure the tank has completed the nitrogen cycle before you place your shrimps.

Likewise, your tank must have enough biofilm and algae for your amanos to feed in, which are their primary source of nutrients. And as you have guessed, it takes some time for the algae and biofilm to grow correctly in the tank. You can rely on bacteria supplements to act as catalysts.

Note that you shouldn’t add or remove the plants when the shrimps are present in the tank. This could fluctuate the water parameters and misfire badly.

Although amanos are freshwater shrimps, they need brackish water to breed. So, the fact that they need different kinds of water at different life stages can be pretty daunting for a new owner. If the water parameters aren’t met, your amano’s life may be cut short.

Here are the recommended water parameters for Amanos.

As hardy as amanos are, they don’t like sudden water changes. So instead of doing a large and occasional water change, it’s better to conduct frequent but small water changes. Of course, you should always slowly drip the new water into the aquarium.

Conducting big water changes out of nowhere won’t only mess up the tank’s ecosystem but also effectively send your shrimps into a shock. As a result, they can molt prematurely – which makes them more prone to vulnerabilities.

The most common reason behind shrimps dying as soon as being introduced to a new tank is the wrong introduction method. Instead, you should acclimatize your shrimps very slowly. In this case, as well, the shock of being in a new environment and drastically different water environments could effectively kill the shrimps.

Your best bet here would be the tried and tested drip acclimation technique.

I’ll explain it in a few simple steps

The seller of your amanos can tell a lot about your shrimps’ fate. It goes without saying, but as much as possible, always buy locally bred shrimp because imported ones will have a tougher time adapting to a new environment.

When buying shrimps bred overseas, there’s a good chance they were produced and raised in the wild or a farmed habitat that has completely different parameters than a tank. On top of that, they spend at least a few weeks in bags and pouches before arriving at your place. So naturally, by the time they come, they’ll be sick and fragile.

When buying the shrimp from local breeders, you can also inquire about the kind of environment they prefer and so on, which will help them live a long, healthy life.

Also, there’s a fair chance that you’ll receive the shorter end of the stick, to begin with – injured amanos. So make a point to always carefully examine to ensure all body parts are present and intact. Give particular focus to the eyes and antennae since these are most prone to injuries.

An honest mistake that could potentially result in death is overfeeding. Yes, you read that right! Don’t get too carried away with feeding. I know it’s fun to watch amanos greedily munch on the food. But the problem is they don’t know when to stop.

Also, if you already have properly growing algae and biofilm in the tank, don’t forget to moderate the amount of other food they’re getting.

Molting complication, infamously known as the white ring of death, is one of the most common reasons behind the untimely death of amanos. It is called so because there literally is a solid white band around the shrimp where its body meets the head.

Now molting complications could be due to several reasons. It could be polluted water, stress, lack of nutrition, and so on. However, the number one cause is wrong water parameters. When the water doesn’t contain elements shrimps need to molt healthily, they cannot correctly shed and grow new exoskeletons.

As a crustacean, amanos have copper-based blood. But too much copper in their system is straight-up fatal. Thus, by all means, you should avoid any food or medication that contains traces of copper in any form. Also, be careful about components in the plant fertilizer. It could very well contain copper too.

The thing to note here is that commercial products for fish, whether it’s food or medication, often contain copper. So, always make sure to go through the ingredient list before you put any product inside the shrimp tank.

Sorry if this one seems like a no-brainer. But yes, predator fish are another common reason behind the high mortality rate of amanos. They don’t always necessarily gobble up the whole amano but will bully and stress out the shrimp until it gives up.

So, the tank’s inhabitants play a critical role in lengthening or shortening an amano shrimp’s life.

Some common predators of Amano shrimps are:

So, who can you keep with your amanos? Don’t worry. There are plenty of good options to choose from.

Shrimps are super vulnerable to toxins. In this case, there’s practically no margin for error. Even the most seasoned aquarist can make a mistake when plants practically change the shrimp tank’s parameters. For instance, wouldn’t it be fatal if you treat plants with fertilizer that contains copper and other chemicals?

Many times, plants in fish stores are treated with fertilizers containing copper to kill snails. Thus, you must quarantine your new plants first.

Here’s a link to Seachem Prime. It is a water conditioner that can effectively detoxify nitrites, nitrates, and ammonia. It can also get rid of chlorine and chloramine.

Amano shrimps live for around 2-3 years in captivity. However, so very often, they die right after being introduced to the new tank in their new house.

Amano shrimps are hardy, but they don’t do very well with sudden water changes and unsolicited stress. So make sure to go through all the reasons listed here to figure out the reason behind your amano shrimps dying so young!