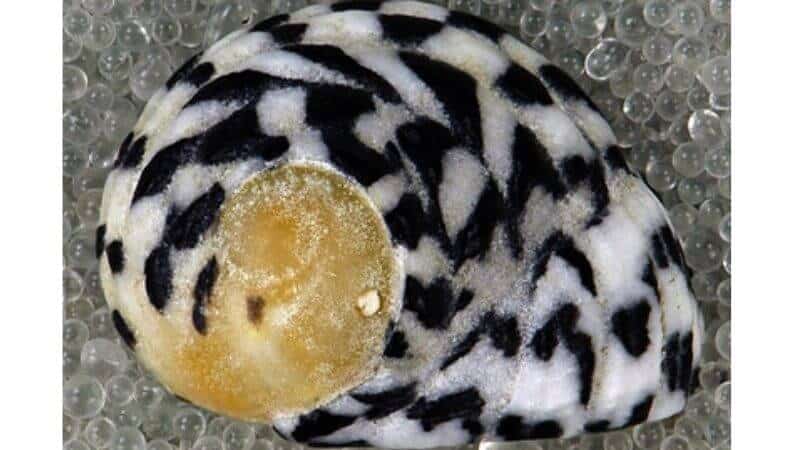 It’s already been a decade since I first introduced nerite snails to my community tank. I recently read some facts about them on the internet, which might seem accurate, but are actually assumptions.

One such belief was that they could survive for about a year (well, that’s what I read).

However, from my experience, I have found that things you read online may not always reflect reality.

So, in this article, I will share my own experience on how long nerite snails live and what factors affect their lifespan.

Nerite snails can live anywhere from 3 to 6 years. However, some snail keepers have had their nerites living up to 11 years.

A nerite snail’s lifespan depends upon multiple factors. They are:

Nerite snails find a temperature range of 72 to 78 degrees Fahrenheit the most ideal. Although they can survive in extreme conditions, you shouldn’t put them to the test.

Nerite snails living in hotter climates have a faster metabolism, which results in quicker aging. Unfortunately, this can drastically shorten their lifespan.

As for keeping snails in cold temperatures, only a handful of snail species can thrive in such conditions. But, even then, their lifespan is severely impacted by living in lower temperatures.

Snails deprived of a nutritional diet (calcium and protein) have a shorter lifespan. Obviously.

Calcium is one of the vital nutrients that snails need to develop shells. About 90% of the calcium deposition occurs on the shell.

So, don’t be irked if I stress the importance of calcium supplements for snails time and again.

Furthermore, calcium is also deposited in the digestive gland, connective tissue cells, foot tissue, and blood vessels. Therefore, it is clear that nerite snails will cease to live long with a calcium deficit.

Lack of calcium will falter their immune system, making them prone to severe illnesses like deep retraction syndrome.

So, diet, especially a calcium-rich diet, plays an essential role in determining how long these snails live.

These little pets do not have territorial mindsets. They mind their own business and will leave their tankmates to their own devices.

But if you have been keeping your nerite snails with aggressive neighbors, you are putting their lives in grave danger.

For example, if you keep nerite snails together with assassin snails, your nerites will constantly be on the run, fearing for their lives. This will not give them maximum opportunity to eat to their fill.

And yes, snails get stressed when they are within the periphery of aggressive tank mates. So they will hide all the time and stop scavenging. As a result, their bodies will lack the necessary nutrients and soon succumb to secondary illnesses.

So, know which fish or creatures get along with your nerites. This will help lengthen their lifespan.

Different species of nerite snails have different lifespans. However, as with all species on planet earth, the larger ones usually tend to live significantly longer than smaller ones.

Here are some nerite snail breeds with their respective lifespans:

So, the gold racer nerite snail has the longest lifespan. However, it is also the rarest of all nerite snails.

If your nerite snails are kept in a habitat that mimics their natural abode, it will extend their lifespan. Adding plants will provide hiding places when in danger and serve as a food source for these slimy pets. Also, include natural driftwoods to fuel biofilm production.

You need to house them at least in a 10-gallon tank. But I’d recommend you go for a larger aquarium. Contrary to popular beliefs, it will be easier to maintain water parameters in a large tank.

There are several advantages of having a bigger tank. First, it gives you the flexibility to accommodate the growing snail population.

Secondly, you can introduce other tank mates (preferably calmer ones) alongside your snails.

Some Answers From Real Nerite Keepers

“I’ve seen many sites that say they live for about a year. Mine is pretty close to 5th b’day now. I once saw someone post their ’11-year-old nerite’ on a fishkeeping forum somewhere. I can’t say it was legit, but it sure looked 11. I suppose they tend to live for a year on average, but mine still eat algae pretty well and breed at this point. So I wouldn’t be surprised if they live for another year or more.”

“I’m glad you asked this because I kept seeing one year, maybe two years on the internet. My dude is four years old and has had three moves with me, one from Ohio to Texas in January; the other two were just small moves. I’ve had him in the same 10-gallon tank since early/mid-2018, and he’s chugging along. But, unfortunately, the tip at the top of his shell broke off a while back.”

“I’ve read that a year is typical, but I have two nerites approaching four years of age.”

“I have 3 black racer snails. I’ve had them for quite a long time now. Much longer than the ‘year’ they’re supposed to live.”

How Long Does Nerite Snails Live In A Fish Tank?

If the fish in question has a calm temperament, it won’t bother your snails, letting them live for up to 4 years on average. But the encounter between aggressive fish and snail will be disastrous, leaving the snail dead 9 out of 10 times. So, it all depends on the fish’s disposition.

Why Are My Nerite Snails Dying?

Nerite snails can die due to several reasons. The usual suspects are poor water parameters, deficient diet, exposure to copper, and aggressive tankmates.

How Do I Know If My Nerite Snail Is Eating Enough?

Feeding algae alone will not be adequate to keep them satiated.

So, you need to add pellets, algae wafers, and calcium supplements to keep them full and nourished.

My research findings for the query on how long do nerite snails live is proof that you shouldn’t believe everything you see on the internet.

My back and forth communication with several hobbyists resulted in a poll that shows nerite snails can live for way longer than a year. They all recall their nerite snail living at least more than 2 years.

I guess the internet hasn’t been taking these unhurried, simple-minded heroes seriously.