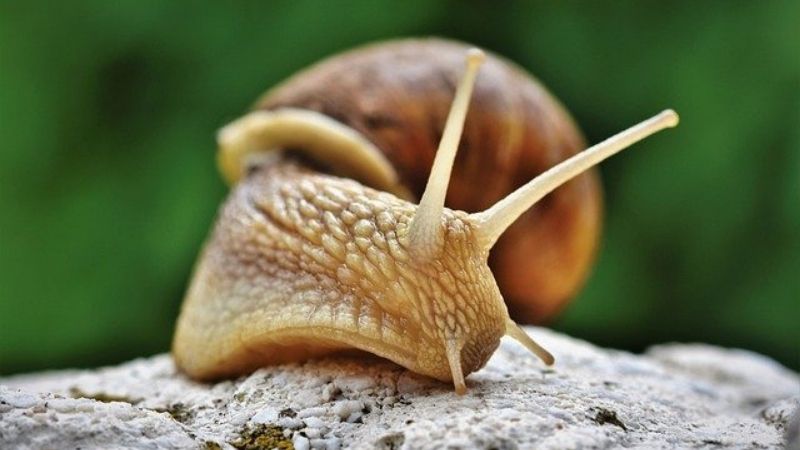 There are more than 14,000 snail species on our planet earth. That’s a pretty impressive number for slimy and slothful creatures like snails. Don’t you think? So definitely, there are countless exciting facts about these gastropods that we aren’t aware of.

Have you ever wondered the purpose of those antennas you see on a snail’s head? Many believe that these miniature horns are a snail’s nose because it looks like one. But are they really a snail’s nose? Do snails even have a nose at all?

Snails do not have a nose. Instead, they have designated tentacles on their head, depending on the species. For example, a terrestrial snail has two sets of antennas – upper and lower. The upper pair has eyes at the tips, and the lower one has chemoreceptors that contain the olfactory receptor neurons.

To put it simply, the pointy antennas you probably assumed to be a snail’s nose aren’t exactly their nose. Instead, they are multipurpose projections that help snails find food and sense any danger.

However, just because it doesn’t look like a typical nose doesn’t mean it doesn’t help with smells.

So, yes, these antenna-like projections help them smell, but there’s a different mechanism.

The lower antennas have olfactory receptor neurons that function as a chemoreceptor.

A chemoreceptor, also known as a chemosensor, is a sensory receptor cell that transduces chemical substances to generate a biological signal.

These distant chemoreceptors have olfactory sensilla that help snails detect odors or pheromones released by other snails in their surrounding. In addition to that, they also detect slimes left by other snails and food sources nearby.

So, snails do not have a nose, but they can still smell with the help of the lower pair of antennas.

What Is The Function Of Antenna/Tentacles in Snails?

As I said earlier, the number of antennas in a snail depends on the classification of its family. Usually, most terrestrial snails have two (upper and lower) sets of antennas, whereas aquatic snails have only a pair.

So, in this article, we will consider the example of terrestrial snails to explain the functions of their antennas.

Terrestrial snails have eyes at the tip of the tentacles, also referred to as the stalking eyes.

In the case of aquatic snails, they have only a pair of antennas. Their eyes are present at the tentacle’s base.

It has been found that the eyes in terrestrial snails are significantly more developed than in aquatic snails. They even have lenses in them, which allows them to see pictures.

Having said that, snails do not have ciliar muscle behind their lens. As a result, their lenses cannot focus.

Compared to the upper tentacles, which face upwards, the lower sets mostly point towards the ground. This pair of tentacles is responsible for olfactory orientation.

The cells in the lower sets help the snail smell its environment, aiding food search.

A recent discovery has suggested that snails use short tentacles to attract potential mating partners. And once the snail is close to its mate, they will touch each other’s tentacles, similar to mammals caressing their mate.

Another interesting finding claims that snails also use their upper sets of tentacles for olfactory functions. Previously, it was believed that only the lower ones were equipped with olfactory cells.

And there are snails like the conches (Strombidae), who have eyes placed on the short stalks. This allows them to look at what is in front of them without exposing their head. Cool!

As I said before, there are over 14,000 snail species, so we cannot generalize them all into a single category. They are all unique, like snowflakes. Okay, not exactly like snowflakes, but you get it right?

Do Snails Have A Strong Sense Of Smell?

Yes, snails definitely have a strong sense of smell. Their tentacles are reliable parts of their body that help them pick up scents – from fungi and rotten animals to slimy trails left by other snails.

You might have seen how unhurriedly the garden snails in your backyard find their way back to the same hiding spots after a day of foraging. It is only possible because of their incredible sense of smell.

So, How Important Are These Tentacles For Snails?

It will be an understatement to say that snails rely on tentacles to search for food because it is an all-purpose organ. Tentacles are a snail’s eyes, nose, and tongue. In some snails, it even serves as a mating organ!

Another reason tentacles are vital for snails is that they are connected with the ganglia, which contains many nerve endings.

Although snails don’t have a brain, ganglia act as a rudimentary brain, letting them observe their surroundings with the help of associative thinking.

The neurons from the tentacles pass information to the ganglia, helping the snail’s system perform every kind of task they require for their survival.

Do Snails Have A Third Pair Of Tentacles?

Do Snails Use Their Tentacles For Mating?

It has been found that snails use their tentacles to smell pheromones released by their partners. Furthermore, they allow each other to touch these projections during bonding before copulation.

Final Words: How Many Noses Does A Snail Have?

Although snails do not have a designated body part to call a nose, they can still smell with the help of their tentacles.

Research papers have cited that terrestrial snails use lower tentacles to smell their surroundings. Nevertheless, newer findings suggest that they use both sets of tentacles as olfactory organs.