How Often Do Turtles Poop? Is It True They Eat Their Own Poop? 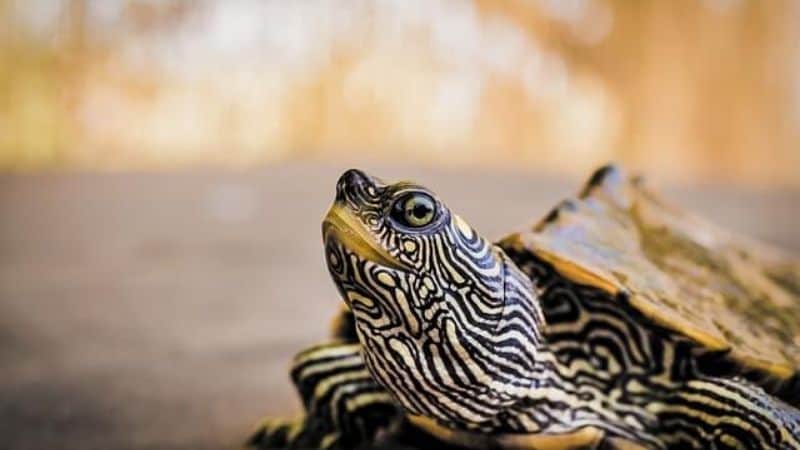 Unlike our furry friends, turtles don’t have to be walked twice a day so that they don’t poop on the new rug. But if you don’t know the basics of turtles and their poops, it spells trouble for you.

Don’t worry. I’ll tell you all about it.

But first, let’s start with:

How Often Do Turtles Poop?

Usually, adult turtles, at least over 4 inches, poop twice or thrice a week. That is once every 2-4 days. However, baby turtles poop more frequently – almost every day. If your young hatchling doesn’t poop at least once a day, it is most probably due to health complications.

Likewise, if your adult turtle poops less than once a week, this is also a sign that something’s wrong with its health.

That being said, the frequency of poop largely depends on the feeding schedule. If you feed your turtle daily, they’ll poop every day or on alternate days.

How often do turtles poop is just the tip of the string of turtle poop-related questions coming your way. Buckle up!

Your turtle’s poop can tell you a lot about its health. In most cases, healthy turtle poop is brown or greenish-brown in color. As for shape, the feces are excreted in pellet form or in a log shape – quite similar to what human poop looks like!

The color and consistency may vary a little depending on your turtle’s diet. However, if the color is anything other than shades of greenish-brown or brown, this can be worrisome.

For instance, if your turtle’s poop is black, this could be due to internal bleeding triggered by internal cuts and blockages in the digestive system.

On the other hand, white poop is reasonably normal in terrestrial turtles. This is due to the presence of urate in the poop. However, if your turtle’s poop is consistently white in color, this can be due to an irregular rise in uric acid.

And in terms of consistency, if your turtle’s poop is thin and runny, this is probably a case of diarrhea. The most common reasons behind diarrhea are parasites, poor diet, and infection.

It’s best to take your pet to the vet’s for correct diagnosis and treatment.

How Long Do Turtles Take To Poop After Eating?

The answer to this question differs from turtle to turtle, owner to owner. My turtles wait for around 20-30 minutes after eating. I dug through dozens of turtle forums, and no two owners shared the same experience. So, your turtle might take anywhere between 5 minutes to an hour to poop after eating.

Make sure to study the pattern so that you can work around a specific feeding and pooping schedule. This way, you’ll also get a good insight into how often do turtles poop.

On the flipside, hatchlings poop almost immediately after they eat. Most hatchlings get done with their pooping business within 5 minutes of eating.

And if you’re wondering how turtles poop, keep reading.

How Do Turtles Poop?

You’re perhaps aware that turtles breathe through their butt (cloaca). So, what about poop?

Turtles poop through the cloaca, an opening on the base of the tail. This impressive little organ is responsible for your turtle’s excretion, urination, and laying eggs.

And while we’re on the topic, let me tell you, most turtles prefer pooping in the water – just like they enjoy eating underwater. It’s because water relaxes the turtle’s bowels and makes it easy to release poop.

Another reason could be instinctive behavior to maintain hygiene. Pooping in running water equals adios poop!

If you’re interested, here’s a video of pet turtles pooping:

However, as you can imagine, that clearly won’t work in an enclosed tank. You’ll end up performing water changes and rubbing the tank every week.

The little trick I use for my turtles is transferring them into small, watered tubs for feeding and pooping session for about an hour. And once they’re done, I move them to the main tank.

But sometimes, the poop magically disappears. And if you’re thinking the same, no, it’s not sorcery – it’s a poop-eating tendency!

Do Turtles Eat Their Poop?

Turtles eat their own poop, older turtles’ poop, and sometimes, even fish poop. The technical term for this act of eating feces is coprophagy. They usually resort to this behavior to consume healthy bacteria and leftover nutrients left in the poop.

This practice is a bit more common in juveniles who prefer eating feces of older turtles to receive symbiotic bacteria crucial for their survival.

Although it might sound disgusting to some, this is a fairly common practice in the animal kingdom. Survival of the fittest, right?

Usually, this behavior is not expected in turtles raised in captivity since birth.

Nonetheless, if you really don’t want this to happen, you might have to keep an eye around your pet during poo time.

But that’s not always possible. So, there’s a second, more viable option: A good filter.

A filter that breaks the poop and disposes of it before your turtle has the chance to forage on it is a good solution.

Here’s my recommendation from Penn-Plax that has size options from 30 to 200 gallons.

This filter has three large media baskets that can be customized to meet most needs. And you can use any combination of media, including activated carbon, bio-sponges, and bio-floss, to ensure the elimination of nitrites and ammonia from the tank.

But most importantly, it’ll break down and get rid of the poop by the time your turtle gets hungry again and digs in.

Conclusion On How Often Do Turtles Poop

So, to sum it up, adult turtles poop about 2-3 times a week, while hatchlings and young juveniles will poop once every day.

For adult turtles, the frequency of pooping depends on many different factors like their diet, age, weight, and sleep cycle.

And to answer how long do turtles take to poop after eating, the time taken can be anywhere between 5 minutes to an hour or so.

Since turtles love to eat and poop in the water, as a turtle parent, you must invest in a sturdy filter that can deliver top-notch performance to keep the water clean and pristine for a longer time.