How to Bury a Turtle? A Proper Ritual For Your Pet 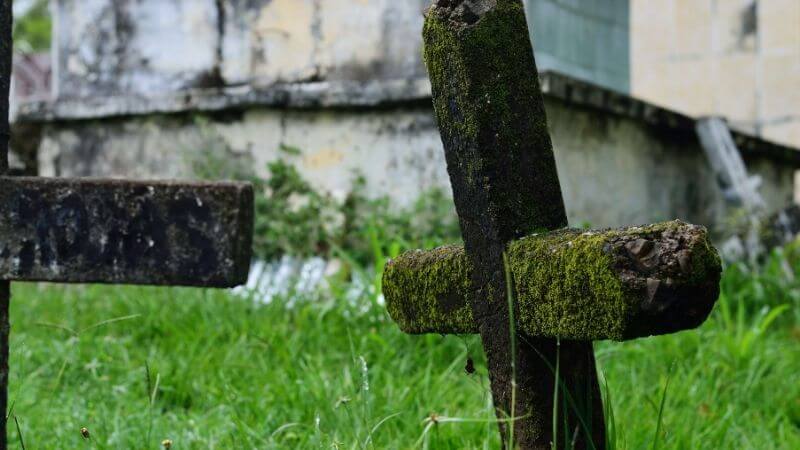 Losing a pet is always hard—even more so if you’ve had it for decades. Turtles have never had an expressive bond with humans as cats and dogs do. But they have their own little ways of interacting and expressing their fondness that only turtle parents know. So, when your pet turtle dies, it’s only right that you give him a beautiful and deserving farewell to celebrate the unique friendship. And that brings us to the question—how to bury a turtle?

How To Bury A Turtle?

In general, there are two common ways of burying a turtle. In practice, they’re quite the same but the main difference is preservation of the shell. To burry, you need to dig at least a 3-feet deep grave to protect against scavengers and floodwater. Make sure to use biodegradable products if you’re going to bury anything else other than the corpse.

There are basically two ways of burying the turtle. They are:

Keeping The Body Inside A Box And Burying

If you don’t want to preserve the turtle’s shell, you can keep the body in a suitable box and bury it underneath several feet deep.

Some owners also wrap the body in many plastic layers to prevent it from decaying, but that’s not environmentally friendly and won’t benefit anyone. So, I wouldn’t recommend using any sorts of plastic or metals when burying.

Instead, go for biodegradable options like cardboard or newspaper.

You can bury one of its favorite toys alongside if you want to. Afterward, you can even create a mini tombstone and plant flowers to honor the memories.

But it’s best if you put something heavy on top of the refilled hole first, like a concrete slab, so that coyotes and foxes don’t dig the grave.

You can add a stone memorial plaque on top of the slab to honor the memories and beautify the spot.

Here’s one my mom added to commemorate her deceased painted turtle. But instead of positioning it on the site of burial, she hung it on the trunk of the tree under which the pet was buried.

Burying To Preserve The Shell

A dead turtle decomposes in long, elaborate steps. It takes proper perseverance and skill if you want to preserve the shell.

I think it will be easy to bury the turtle wrapped in plastic with a few holes. Bury it about three feet down along with a rope that sticks out of the ground. Depending on your location’s climate and soil condition, the flesh can take anywhere between 3 months to 1 year to decompose.

Once the flesh is decomposed, you can remove the shell for preservation and again bury the bones in the same place—this time without any plastic or rope. Later, you can grow some flowers on top.

The death of a pet is a confusing time. It can even land you in legal trouble. All countries have specific rules on dos and don’ts of pet burial. So make sure that you’re in compliance with that.

How Does A Turtle’s Body Decompose?

For turtles, decomposition is a lengthy and complicated process. As an owner, it’s essential to channel patience when waiting for your pet turtle to decompose.

There are 4 main stages of decomposition:

The fresh dead stage starts when the heart stops beating. This state is characterized by stiff limbs and a mildly foul smell.

At this point, the body starts producing a pungent smell as the flesh begins to rot. The overall body will look bloated, while the skin and scales start peeling.

This stage may start a few weeks or a few months after the turtle has died, depending on the climate. The once bloated cadaver will now begin to wither as critters and maggots act as catalysts.

During the end of this stage, the excess skin becomes leathery, internal organs are eaten up, and the bones start to show.

Once maggots and insects eat up all the parts they can, the advanced decay stage commences. Once again, depending on the climate, this period can last for several months or a few years.

At this point, only the bones, scutes, and shell remains. These parts are similar in composition to human bones and can take up to 5 decades to decompose.

Pet Burial Law in the USA

In the US, some states allow pet burial in the backyard. However, there could be several underlying rules and conditions to follow. So, always make sure to get in touch with the local authorities of your area.

For example, most states need you to bury the pet within 24 to 48 hours of death.

But if you’re going to bury the pet in a pet cemetery, it does buy you some time. In that case, you can keep the body for a few more days while the burial is being arranged.

Some states like New York and New Jersey also allow pet owners to be buried alongside. But once again, these are subjected to state-specific laws.

Pet Burial Law in the UK

You can bury the pet on the home’s grounds in the UK as long as you own the house yourself.

So, if you don’t have a garden and would like to bury the dead turtle in your parents or friend’s house, you can’t—it doesn’t work like that. You also can’t bury the deceased pet in public spaces like a park.

Where Should I Store My Turtle Until I Can Bury?

If you’re not going to bury it immediately, you have to put the body in cold storage for the time being. Ideally, the body should be placed at 4 degrees Celsius or below.

Five Things to Consider When Burying a Dead Turtle

Alongside the state regulations, if you plan to bury your pet turtle at home, here are five main things to consider.

If you’re not too sure about the utility lines, make a point to call relevant authorities and inquire. You don’t want to end up striking a gas line, electric line, or sewage line when digging the grave.

A 3-feet depth may seem like too much for a turtle, but it will protect the body against floodwater and scavengers. This is especially important if you haven’t cremated the body before burial.

Cremation is not a very popular choice, but it’s safer for all parties involved. Cremation will incinerate the pet’s body part, which in turn will prevent destructive processes of decomposition. It doesn’t pollute the environment and reduces the risks of contracting infections and diseases.

It’s tempting to bury the body in a nearby place that can be reached easily, but that’s not always practical. Always choose a high, dry place to prevent water contamination. A heightened burial site helps to keep floodwater from exposing your pet while avoiding groundwater from leaching contaminants into the surrounding.

If your pet turtle was given controlled drugs or was euthanized, it’s best not to bury the pet at home. Unfortunately, the chances of contamination and potential diseases outweigh the need for closure at this point.

How To Preserve Turtle Shell?

Once the flesh is decomposed, carefully take out the shell while wearing gloves and a mask. Next, scrub the shell using hot water and a brush. Gently wash away dirt from both sides of the shell. Cleaner the shell, the longer it will be preserved for. So, don’t miss any spots.

Four Alternatives to Burying A Pet Turtle At Home

Pet cemeteries are the most popular and easy way to part with your pet turtle. This way, your pet can rest in a beautiful setting and in the company of other beloved pets.

This also means that your pet gets a well-deserved and fitting professional burial that will keep both the pet and the environment safe.

A noble thing to do is to give your pet away for scientific research. This helps veterinary researchers learn more about the turtle species’ anatomy and treatments, ultimately contributing to the species’ welfare.

Giving away the turtle to a taxidermist is relatively uncommon but an excellent way to part things with your pet. Generally, the taxidermist will use insects like beetles to accelerate the decomposition process. Later, the taxidermist can add lifelike effects and preserve the turtle’s shell.

Alkaline hydrolysis is a lesser sought-after but highly convenient and effective method.

This process is also known by names like bio-cremation, green cremation, and water cremation. It uses heat, water, and alkaline chemicals in place of flame to break down the body. Thus, the body goes through the decomposition process much quicker than the natural way. You can also request bone fragments if you want to keep them.

Final Words On How To Bury A Turtle

While burying, there are several things to consider. For instance, your state’s rule on pet burial and backyard burial, the grave’s depth, the nearby surrounding, and utility lines play underpinning roles when deciding when, where, and how to bury.