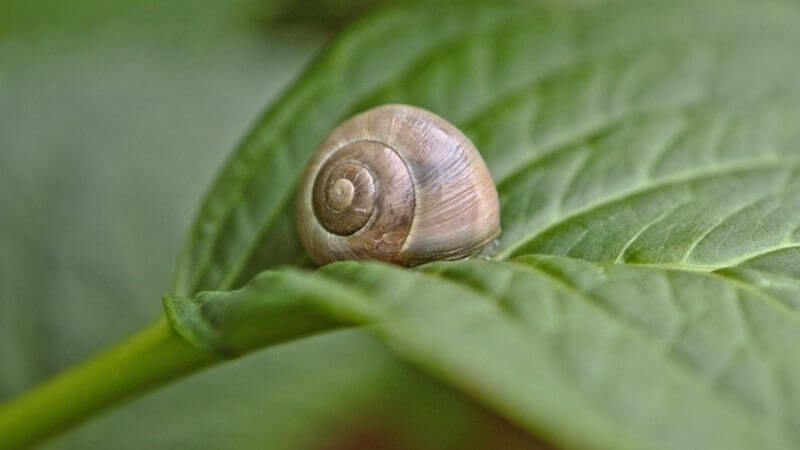 It is common for newly introduced snails to not peek out of their shells for a couple of days. However, snail owners often send me messages of woe when it happens.

In most instances, the snails come out in due course, but if they haven’t emerged even after a week, it’s time to find out whys and wherefores.

In this episode of snails, we will discuss why your snails haven’t come out of their shell yet and how to pull a few tricks to get them out.

Keep the snail safely on a moist surface where there’s no direct sunlight. Let it settle in for a bit. Ensure that the tank is far from loud noises – tv and speakers. This will only startle the snail and make it reluctant to come out. Tempt it to come outside by placing its favorite food close. And most importantly, give it time, and it will eventually show up for attendance.

Strange it may sound, many believe that humming near a retracted snail can incite it to come out.

If you want to try this method, here’s how you can perform this for your withdrawn snail:

Place the snail on your palm. Maintain eye contact precisely at the level of the mantle’s edge. Now, start humming. The vibration should reach the snail and pique its curiosity to come out of its shell.

Howbeit, no scientific claims have supported this technique.

In response to it,  biologists have remarked that snails eventually come out of their shells to reorient themselves, which is why many believe humming works.

But if your snail has sheathed itself for several days, it can be an alarming situation.

Reasons Why Snails Hide In Their Shells

Here are some reasons why your snails might stay coiled up inside their shell:

While Being Introduced To A New Tank

Although snails are considered hardy creatures, they still take time to acclimatize to new surroundings. Perhaps the water in the new tank has different parameters than in the previous habitat. This can make them reluctant to come outside their shell.

Some snails even bury themselves under the substrate if living conditions aren’t right.

And if you are looking for ways to make your new snails acclimatize correctly, you can do the following:

Mimicking their natural habitat helps assure snails that their surrounding is safe to explore. Although nothing beats having an actual plant in the tank, you can still make do with fake ones.

Snails love hiding in crevasses under rocks, so putting some rock hides can be a great addition.

If you have captive terrestrial snails, go for compost, coconut coir, or spaghnum moss for the substrate. There is no cardinal rule that you should have only one type of substrate in a tank. If there’s enough room, cover the tank’s base with all three of them.

As for the freshwater snails, the mixture of sand at the base, a mid-layer of plant-friendly Fluval substrate, and a thin topping of smoothed pebbles would be the best choice.

There has been quite a talk lately about how sandy substrate isn’t suitable for snails. It is indeed true. They provide little to no traction for your snails’ slimy legs.

Also, sand does not provide any nutrients to aquarium plants.

Having said that, nerite snails love sand for substrate. They prefer it for its softer texture compared to other alternatives. So, they will have fun digging around and burying themselves.

Rinse The Tank With New Water

It is recommended to rinse the tank before adding new snails. And while you add water, make sure to change only ⅓ of the tank’s water.

When They Sense Threat From Their Tankmates

Snails are timid and feel threatened quickly. So, if they sense a threat nearby, they will not dare come out of their shell.

When it comes to choosing tankmates for your snails, you need to be as finicky as a cat. Some of the best buddies that your snails can share their tanks with are:

Snails work in crews. That’s why they are more compatible with their own species than others.

If you have mystery snails and nerite snails, these other snail species can be their fitting tankmates:

Your Snails Could Be Suffering From Deep Retraction Syndrome

You might have heard about deep retraction in snails from other snail keepers. Snails with deep retraction curl up inside the shell most of the time. As a result, their body becomes malnourished and appears too small for their shells.

Symptoms of deep retraction syndrome in different stages look something like this:

The snail loses its appetite. Routine activity and locomotion are drastically decreased. It will spend most of its time buried under the substrate.

Even if you poke, the snail will only wake up for a brief period. Then, it will stop eating altogether. The body appears small compared to the size of the shell. Weight loss is inevitable. In some instances, you will find the snail lying upside down.

The shell will lose its color and look more washed out.

At this stage, the snail will retract even more deeply. Nothing can stimulate it to come out of its shell. No signs of movement are seen. Sorry to break it to you, but your snail will likely die in a day or two.

Causes Behind Deep Retraction In Snails

No single cause can be pointed out as the sole reason behind deep retraction. It can happen due to genetic disorders, parasites, over-cleanliness, or viral infection.

Many cases of deep retraction point towards genetic disorders. There’s nothing one can do to treat it. Just like how some plants in nature have a kill-switch in their genes that causes the saplings to die for no reason, snails, too, can become a victim of the genetic disorder.

Research has also shed some light on how offsprings of inbred snails are more likely to suffer from this condition.

It might come as a surprise, but an overly hygienic tank can also cause a snail to become sick.

According to the scientific paper “The Life Of Achatinidae in London” published by R.H. Nisbet (1974), there were detrimental results in snails kept in an overly hygienic tank compared to ones held in a mediocrely maintained tank.

I derived some relevant things from the above scientific paper on this topic.

“There is some evidence for suggesting that each snail may have a cycle of feeding activities, viz. the ingestion and comminution of food that is then defecated without, or with very little, digestion; the ingestion of soil – and some food – followed by digestion and defecation; and, finally a period (one night?) of little intake of food followed by a day when the faecal string consists of material from the digestive gland. There may be a 3-day cycle, that raises problems in the feeding of these animals. It also raises the question of the animal’s possible need for regular ingestion of soil flora and fauna together with rotting food material. In one useful but hazardess experiment a vivarium was provided with double-sterilised soil, all surface soil and faeces were removed three times weekly and the loss replaced with more sterilised soil. The first sign of trouble was a cessation of oviposition in a formerly actively reproducing population of mixed ages. In three weeks the snails then ceased to feed and became lethargic and, in the following month, thirteen out of twenty-four snails died. At this point, the experiment was terminated.”

However, this experiment begs the question – how dirty is dirty enough?

R.H. Nisbet further quotes on this topic that,

“Cleaning should remove only the excessively polluted soil and food debris. Hygienically clean tanks lead to cessation of feeding and reproduction, and ultimately to the death of the snails. A tendency towards slum conditions has to be aimed at, especially in the case of A. panthera”

The mortality rate for snails infected with deep retraction syndrome is 100%. So, make peace with your little friend and find the necessary closure.

However, there are some anomalies. Some snails that developed deep retraction syndrome went on to live for a couple of years. Hence, there’s no telling for sure how long a snail with this condition will survive.

If you want to euthanize your snail because of this, you can try this humane way.

Pour any kind of commercial beer into a container. It needn’t be any deep. We are not going to drown it. Then, put your suffering snails in it. After drinking their fill, they will pass out and die unconsciously.

At this point, I might be contradicting myself by saying that virus could be the reason behind deep retraction in snails. But hear me out.

There is a limit to how dirty a snail tank can be. If a tank has a nitrogen cycle that is in a devastating form, your snails aren’t going to benefit from it. Instead, they will be susceptible to newer pathogens and will be attacked by viruses.

Initially, these viruses may seem dormant, but they will definitely mess up your slimy pals’ immunity, resulting in deep retraction.

Final Words: How To Get A Snail Out Of Its Shell

Ordinarily, snails hesitate to come out of their shells when introduced to a new environment.

Nevertheless, they will come out eventually.

But if your snail is suffering from deep retraction syndrome, it will hardly ever come out of its shell.

Instead, it will stay withdrawn and won’t eat. As a result, it will ultimately die from malnutrition.

There’s not much you can do when snails are tormented by this condition.