How To Get Rid Of Assassin Snails? 7 Ways To Remove Them 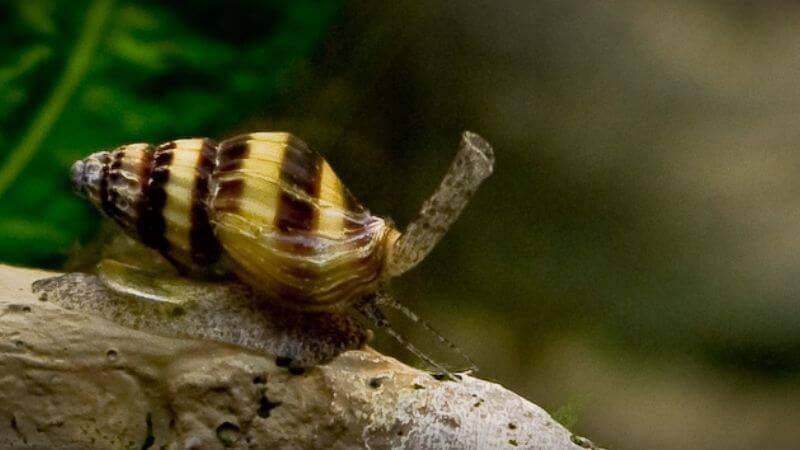 We know that assassin snails are efficient at getting rid of other pest snails. But what to do if they breed like rabbits and end up becoming a nuisance to your tank?

As a matter of fact, the situation will be even dire because there aren’t many opposing forces to keep their numbers in check.

So, in this article, we will discuss how to get rid of assassin snails and measures to prevent their outbreak.

Introduce predators like plecos, larger cichlid species, dwarf puffers, and crayfish into your tank. Or, you can entice them with bait like decomposing fish, small invertebrates, or live snails. Then, remove them manually once they get into a feeding frenzy. You should only resort to using chemicals if things get out of hand.

Assassin snails have a longer lifespan of about 2 to 3 years. Unfortunately, this means they aren’t going anywhere soon. So, you need to take measures that can effectively eliminate them.

Below, I have mentioned some ways you can solve your assassin snail infestation problem:

There aren’t many aquatics that have an appetite for your killer snails. There have been many cases where hobbyists introduced predator fish yet failed to eradicate assassin snails from their tank.

This is when having a finicky attitude is going to help you. Be picky about the predator you choose because not all of them will eat assassin snails.

Some of your goto predators should be plecos, larger cichlid species, dwarf puffers, and crayfish.

Having said that, be mindful because they might decimate the entire snail population. Even more, they will eye fellow fish for the next meal.

One good thing about this method is that you will be able to assume the correct number of killer snails that you intend to leave behind. Not all of them have to go!

However, you don’t want to do this during the daytime. Snails are nocturnal and will only come out at night. So, shine a torch and only then put out a search party.

Also, wear gloves or wash your hands with soap because snails carry pathogens. You definitely don’t want your hands covered with slime. Well, I don’t.

It can be tricky to set up bait for catching assassin snails. It is not as easy as trapping other snails, especially the herbivore ones.

In the case of other snails, once you put food like a cucumber or some veggies, you will notice hordes of snails flocking over it.

But luring assassin snails is tricky because there aren’t that many foods they go bonkers about.

Use only particular food like decomposing fish, tiny invertebrates, or a live snail as baits.

Remember that these snails can go without eating for a day or two once they are full. So, do not expect their attendance in large numbers even after setting up the bait. Keep your expectations low.

In my opinion, chemicals should only be used as a last resort. If things have gone way out of hand, only then you should treat the tank with chemicals.

Before you nuke the tank with compounds, ensure there aren’t any neutral citizens inside it. Relocate them in a separate container until the whole procedure and its aftermath is over.

I have seen amateur hobbyists using metaldehyde to get rid of snails. Personally, I don’t recommend using them because they are toxic enough to cause hazards to humans.

Most people can’t stomach killing pest snails. But if you are the type that I think you are, you will definitely be able to follow this method.

Salt harms most gastropods. It drains out water from their body and dehydrates them – in shorter words, it kills them.

After you handpick your assassins out of the water, sprinkle salt over them. This will do the job.

The use of garlic or garlic oil to repel snails isn’t new. It has been done for centuries by farmers worldwide. It has the same effects as that of salt.

Garlic triggers the over-secretion of mucus in snails. As a result, this will dehydrate them to death.

However, this is only suitable if you have already gotten your killers outside the tank. So, this is more of an execution thing.

Many aqua-enthusiasts have also cited cleaning tanks as an effective way to get rid of snails.

Assassin snails do not need crystal clear waters to thrive. In fact, they like it best when the water is slightly murky.

So, performing water changes every other week decreases the rate of their growing population. This applies to every other snail species.

Remove And Kill Their Eggs

Although this is more of a prevention than a cure, it is still one of the most understated pieces of advice for controlling snail infestation.

Unlike most snails who lay eggs in clutches, assassin snails lay a single egg close to one another. So, it can be hard to spot and remove these yet-to-be-born killers.

You will find them affixed to aquarium glass, driftwoods, decors, lava rocks, and other surfaces.

But once you spot them, scrape them off with tweezers or blades. Keep them in a zip-locked bag to prevent hatching.

How To Prevent Snail Infestation?

You can prevent assassin snail infestation by reducing the frequency and amount of food they consume. Also, make sure you buy only males from the beginning. And lastly, you need to be vigilant enough to spot their eggs and remove them.

Yes, snail infestation is a common problem encountered by many hobbyists. But witnessing the assassin snail population boom is rare.

However, if you are still adamant about removing them, I suggest doing it manually. If possible, avoid the use of chemicals or elements like copper. This will have an adverse effect on other residents in your tank.

Also, assassin snails come in handy if you have a snail infestation problem. If you have ramshorn snails, you will know what I mean. Your assassin snails’ breeding rate comes no way near theirs.