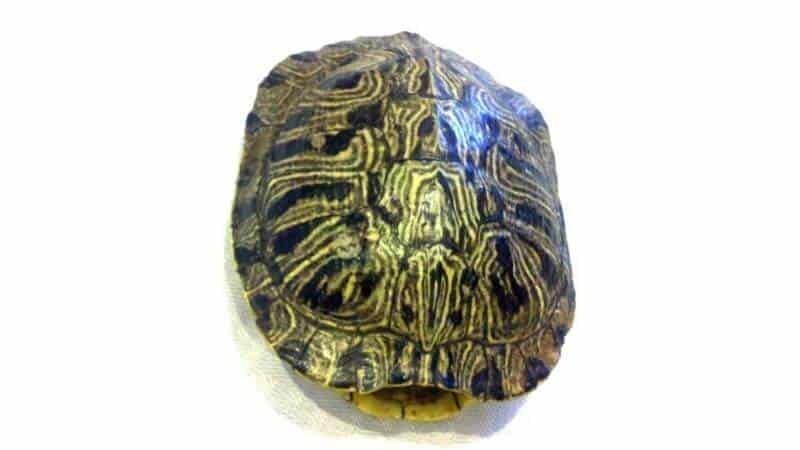 Preserving turtle shells is not a new thing. Humans have been doing this for different purposes for centuries. In China, people preserved them because they carried medicinal value, whereas ancient humans made jewelry, bow parts, and musical instruments out of turtle shells.

However, we turtle keepers preserve the turtle shell as a keepsake in memory of our beloved pet.

So, before ado is in any way furthered, let’s begin how you can preserve a turtle shell.

How To Preserve A Turtle Shell? With Scales!

First, bury the shell to let it decompose completely. Then, clean it with borax and saltwater, or you can boil it to speed up the process to kill bacteria.

Next, rinse and dip it in a vinegar solution and apply polyurethane to prevent the flaking of shell parts. This is how you can preserve a turtle shell.

The devil is in the details, so we will get right into it.

It is not a one-day or a week-long project to preserve a turtle shell. It takes months. If your turtle has recently died, you need to bury him first to decompose the body.

Before burying, wrap the dead turtle with plastic and make a few holes big enough for decomposing insects to crawl in. The reason behind wrapping it with plastic is to prevent falling of the scutes.

Decomposition takes time, so you will have to be patient with it. It takes three months to a year for the complete decomposition of a turtle shell.

But you shouldn’t keep it that long to wither if you are going to preserve the shell. And of course, it also depends upon the climate and soil type.

You can check weekly or fortnightly to see if the flesh has decomposed. For this, you can observe the turtle’s limbs. If there are clear signs of bones, the insides have likely decomposed as well.

There are four stages in a turtle’s shell decomposition.

This is when the turtle’s heart has stopped beating. You will notice stiff limbs and a mild foul odor at this stage.

In this stage, the body of the dead turtle starts to bloat and gives off a strong, pungent smell.

In this stage, the skin peels off, and the bones are visible. In addition, critters and maggots are seen feeding on the skin. This process speeds up during summer as the catalysts mentioned above multiply rapidly.

Once the catalysts have eaten all the body parts, the foul odor will be gone, and you will be able to see the bones.

Now, all that remains are bones, scutes, and the shell. This is the appropriate time to take the shell out from the burial site.

Another alternative to decomposition through burial is to let ants clear the insides of the shell. If you have ant colonies in your backyard or nearby areas, you can put the shell near them without burying it.

Ants are extremely quick in clearing out the insides of a dead turtle’s shell. But as you need to put the carcass on the ground, you may have to deal with foul odor for weeks if you live nearby.

And if you want to hasten the process, you can carve out the body from the shell using a knife.

However, you will still have to decompose the internal organs thoroughly. So, decomposition by burial is recommended.

First, wash the shell and make sure it’s free from dirt, grubs, and insects. Then, use borax and an old toothbrush to clean the insides. You can also make a vinegar and salt solution. You can dilute the solution with water.

Submerge the shell in the bucket and leave it for an hour.

After you finish cleaning, use vinegar or alcohol as a disinfectant. This will prevent the growth of mold, bacteria, fungus, etc.

Use Adhesives To Glue The Loose Scutes.

The two steps mentioned above can result in some loose scutes or scales. It’s normal to notice that turtles often have layers of scutes ready to fall off because of molting.

Search for loose scutes on the shell and apply super glue over them to prevent them from falling off.

Once you have glued them, let the shells sit for about 15 minutes to allow the adhesive to work its magic.

After you are done with superglue and scutes, apply polyurethane to the shell. This will take time, but you need to finish coating every part of the shell.

Coating with polyurethane protects the shell from scratches and flaking. It also makes the shell waterproof and gives a shiny look.

If you do not have polyurethane, you can also use Lacquer or Varnish.

Most people like displaying their turtle shells on top of furniture or hanging them on walls, leaving scratch marks on the shell. So, stick some felt pads below the plastron (bottom shell).

How To Preserve A Baby Turtle Shell?

It is even harder to preserve a baby turtle’s shell than an adult’s. This is because baby turtle shells aren’t fully developed and softer than a mature turtle shell. So, preserving them can be tricky. But if you insist on preserving, here’s what you should do:

Carve The Turtle Out

Carve out the turtle with an outdoor knife. Boil the shell to kill all the bacteria present in it. Do not mix other products like bleach while boiling.

Take out the internal organs as much as possible.

Boiling will make the flesh soft and allow you to carve easily.

Keep The Shell Outside For Decomposition

Unlike adult turtle shells, baby turtle shells decompose fast. Therefore, if you keep it outdoors for longer than needed, the shell will be devoured by the insects, and you will be left with only bones.

Check the shell’s condition daily to prevent total disintegration by the decomposers.

Once the insides are decomposed thoroughly, clean the shell and wash it.

First, put the dirty shell under running water. This should get rid of the dirt and insects.

Now, get a bucket and make a solution with vinegar, salt, and water. Next, use a brush to clean the insides of the shell using the solution. Alternatively, you can also use borax and a toothbrush.

If possible, get a baby toothbrush. They are smaller than normal ones and will reach and clean the tricky areas.

After you are done cleaning, rinse the shell.

If any mold or fungus is growing inside the shell, disinfectants will help you clear it. An alcohol-based disinfectant will do the job. You can get it in nearby drug stores.

Use Glue To Tape The Scutes

If you notice the scutes or scales of your baby turtle’s shell are coming off, start gluing them immediately.

Adhesives like super glue will help you seal those loose scutes.

Coat The Shell With Polyurethane Or Varnish.

Coating with polyurethane protects the shell from getting scratches and makes it waterproof. You can either spray polyurethane or use a brush to coat the shell.

Alternatively, you can also use varnish if polyurethane isn’t available.

Is It Legal To Preserve Turtle Shells?

Buying, selling, and importing turtle shells is illegal in many parts of the world. But if you are planning to preserve your own pet turtle, you may do so.

However, importing turtle shells as souvenirs from other countries into the United States is considered bootlegging.

Final Words On How To Preserve A Turtle Shell

Preserving an adult turtle’s shell is easy, but we cannot say the same for baby turtle shells. Adults have well-developed shells which cannot be torn apart by insects and other decomposers.

However, the baby turtle shells are much softer and can crumble if kept outside to decompose longer.

If you follow all the steps mentioned in this article, you can create beautiful art while preserving the memory of your pet turtle.

Check out these interesting articles on turtle shells: