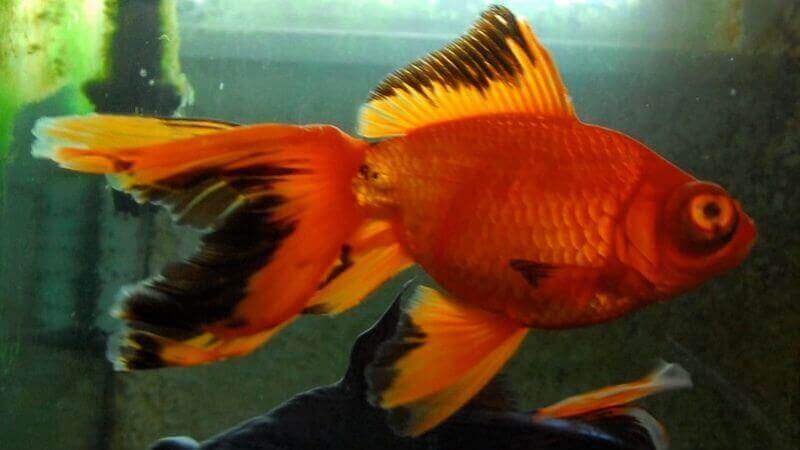 We’ve all been there. Performed a big water change, left the tank pristine for the fish to enjoy, and woke up to fish dropping like flies the following day.

Sometimes things we do with the purest intentions backfire in the most unprecedented ways. And it couldn’t be any truer when we perform a water change.

You can perform a water change week after week, and it’ll still be as tricky as the first time.

So, in this article, we will discuss how to save dying fish from a water change and how to prevent this unpleasant experience in the future.

How To Save Dying Fish After Water Change?

If you see your fish acting unusual after a water change, you immediately need to intervene. If the fish is gasping for the air at the surface, it could be due to a sudden temperature change – so, make sure to gradually tweak the temperature to the correct settings. If the fins are clamped, and the fish is sitting at the bottom, it can be because of high ammonia levels.

And if you see the fish twitching, rolling on its side, losing its buoyancy, and the gills turning red, it can be due to high doses of chlorine in the tank.

Here are the steps you can take to save the dying fish after water change:

Throughout the post, I’ll be making a couple of recommendations on products you may need to save a dying fish. But I couldn’t stress enough how important it is to get your hands on the API Freshwater Master Kit (liquid-based).

Don’t waste your time and money on inaccurate and expensive strips. I’ll leave a link for the master kit below.

And here’s a quick glance at suitable water parameters for freshwater and saltwater aquariums:

Checking the water temperature is the first thing you should do if your fish is stressed after a water change. If the tank is hot, the oxygen levels will drop, and the fish will suffocate.

As a result, the fish will either come to the surface for some air or relocate to the tank’s base since the base is comparatively more oxygenated due to the presence of cold water.

Likewise, it could very well also be because of cold water. If the water is cold, it will compromise the fish’s immunity and make it sluggish – which ultimately will lead to diseases and cause acute stress.

Remember that you shouldn’t suddenly increase or decrease the water temperature as it will effectively send your fish into a shock.

Don’t use ice cubes or packs to cool the water, as they can have dramatic effects quickly.

Instead, place a fan so that it directly blows across the water. You can also rely on the room’s air conditioner. Some other things you can do to gradually lower the temperature are keeping the tank lights turned off, ensuring the room doesn’t receive direct sunlight and removing the tank’s hoods if it’s safe.

On the other hand, you can simply rely on the heater to gradually increase the temperature.

But if there’s a power failure, use a warm plastic bottle. Using heating pads can increase the water’s temperature quite fast, so I wouldn’t recommend using them.

We almost always mess up the tank’s pH levels when we perform a water change. Sometimes, it goes unnoticed and doesn’t have any repercussions. But, other times, you end up typing queries like “how to save dying fish after a water change?”

If the water is too acidic, it leads to consequences like eye damage, hyperplasia (thickening of gills and skin), skin burns, and labored breathing. An acidic environment also forces the fish to produce mucus in excess capacity to protect itself from a highly acidic environment.

Contrarily, if the water becomes too alkaline, it will harm the fish by denaturing its cellular membrane. The outer surface of gills, skin, and eyes will also suffer. And lastly, the fish becomes unable to dispose of metabolic wastes.

All in all, both a highly acidic and acidic alkaline environment can kill the fish effectively if you don’t take the right steps at the right time.

Using reverse osmosis (RO) and deionized (DI) water can help achieve the desired pH and buffering. But always make a point to prepare water and test the pH before adding it to the tank.

You can add driftwood to the tank and peat moss or pellets to your filter to lower the pH.

You can also decorate the tank using limestone and coral rocks.

Ironically, the water change we perform to get rid of ammonia sometimes comes back to bite us in the back! This happens if you have destroyed the beneficial bacteria colony of your tank.

And if that happens, your tank will be a literal pool of toxicity no matter how clean it looks.

The most common signs of ammonia poisoning in fish are:

Next, a second species (Nitrobacter) oxidizes the nitrite in the tank into almost harmless nitrate.

If you think you got rid of the beneficial bacteria off the tank, luckily, there are products that will help you add them right back into your tank directly and speed up the cycling process.

I’ll leave the links below.

Sorry for spamming you with links, but here’s one more link for Fluval Ammonia Remover Filter Pads that I really found to be useful.

It’s a natural ion-exchange media designed to get rid of poisonous ammonia as water passes over it.

As a result, they become vulnerable to secondary illnesses like fin rot, ich, and bacterial infections. In addition, the methemoglobin levels also increase, which directly impacts the blood cells, livers and gills.

The most common signs of nitrite poisoning are:

The best way to remove nitrite is to perform a water change. But since your fish is already stressed with the initial water change, it wouldn’t be wise to make it go through it again.

Instead, you can reduce feeding and increase aeration. If the test kit shows that nitrite is causing the problem, you can use one of many nitrite-removing solutions readily available online.

Here’s a link to API Nitra-Zorb I use for my freshwater tanks:

It removes all 3 – nitrate, nitrite, and ammonia – from the tank.

If, by any chance, you didn’t forget to or didn’t dechlorinate the tank water enough, it can very well lead to your fish’s demise. The chlorine concentration in tap water will fluctuate depending on what state you’re from, but it usually clocks in between 0.5 and 2.0 parts per million (ppm).

Unfortunately, chlorine poisoning is almost always fatal if not diagnosed and treated in time.

That’s because chlorine annihilates living cells – resulting in damage to the sensitive gills and scales. Also, fish exposed to chlorine for a longer period suffer from respiratory illnesses and suffocate to death.

You can use a chlorine strip test readily available online to test the water’s chlorine levels. And if you find any traces of chlorine, immediately remove the fish.

Frankly, I have never had to test my tank for chlorine because I always make a point to dechlorinate the water first.

And this is the only decent chlorine test kit I found on Amazon for aquariums. The only con is I think the instructions are written in German – you might want to use Google Translate for this one.

Here are some signs of chlorine poisoning in fish

Here’s a link to a water conditioner by Seachem that I use for my tanks:

It’s safe to use for both freshwater and saltwater tanks.

Use 1 capful (5ml) for 50 gallons (200 liters) of new water. But make sure to read the instructions carefully because one’s really sailing close to the wind when dealing with chlorine and fish.

You will also want to make sure the air pump works perfectly fine and the water’s oxygenated for the fish.

If, by any chance, the air pump is turned off or is malfunctioning, the fish will become lethargic and lose its appetite initially. Then, as the oxygen level plummets further, the fish will show labored breathing and rapid gill movement as the fish desperately tries to inhale oxygen by passing more water over the gills.

If you think the air pump isn’t doing its job adequately, you can add an air stone to the tank to be on the safe side.

So, these are the 6 things I think you should do if your fish are acting reckless and sick after a water change!

Before you sign off, here’s a quick bit on what actually goes wrong during water changes.

What Goes Wrong During Water Change?

So, can water change kill the fish? The answer’s both yes and no! Water changes aren’t inherently bad – they’re, in fact, super important. But performing water changes is quite tricky, and even veterans can have a hard time doing it right.

The irony is that there’s a higher chance of super clean water killing your fish than water that has bacteria and pathogens.

The thing is that over time the byproduct of fish waste, leftover food, and dead leaves from the plant slowly change the water chemistry. And since these changes occur gradually, fish adjust to it.

And when you perform a big water change, it leads to such dramatic change in the water parameters that the fish cannot tolerate it and die. And those who do not succumb to it immediately will be super stressed and eventually contract secondary diseases that can potentially be fatal.

So, Should We Stop Performing Water Changes?

If you don’t perform water changes, the dissolved waste will get accumulated and pollute the water. That, in turn, will stress the fish and compromise its immunity – leaving it prone to secondary ailments.

If your fish don’t respond to water changes too well, start small.

Start by changing less than 5% of total water volume. After a week, perform another small water change. Continue the process for several weeks, each time increasing the percentage of water change slightly.

This way, your fish will get acclimated to new water without any harm or shock.

Here are a few tips for the next time you perform water change:

Final Words: How To Save Dying Fish After Water Change?

If your fish doesn’t react well to the water change and you fail to dissect the reason and take the right step, your fish can be dead within hours.

The most common mistakes that happen after water changes are a sudden temperature change, lowered oxygen levels, hampered pH levels, and a spike in ammonia and nitrate due to the elimination of good bacteria.

Thus, make sure to tweak the temperatures to the correct setting gradually. And don’t forget to check the ph, nitrate, nitrite, and chlorine levels in the tank.

I know it can be overwhelming to perform multiple tests when the fish is suffering, but it’s essential so that you can zero in on that one factor causing the fish pain and tackle it.