How To Tell The Age Of A 3-Toed Box Turtle? Be An Expert! 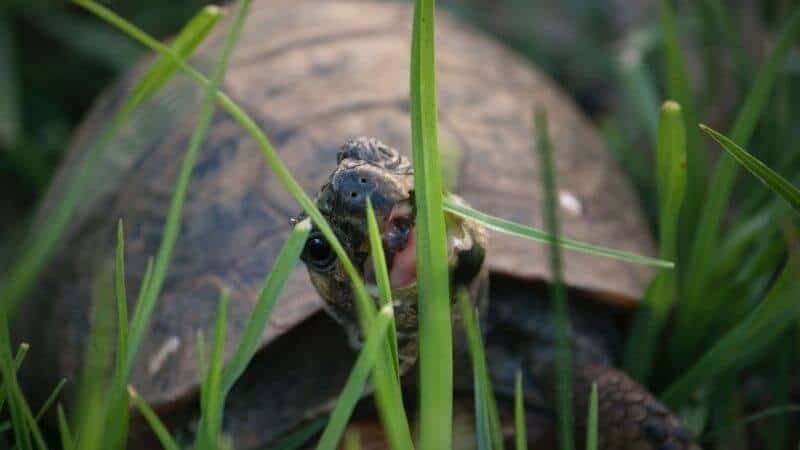 Till now, the oldest documented 3-toed box turtle has lived up to 65 years. The average age of a 3-toed box turtle is 40 to 50 years. Granted with long life, it’s hard to determine their exact age. Until and unless you raise a turtle since it was a hatchling, you won’t be able to guess the right age.

So, How To Tell The Age Of A 3-Toed Box Turtle?

There are several ways to determine the age of a 3-toed box turtle. Simply asking the turtle seller is the right thing to do. If they do not know the age, you can count the number of rings on its shell. Lastly, you can also guess the age by comparing its growth against the standard growth chart of its species.

By Counting The Age Rings

There are two types of rings that you should know while counting. The larger, wider rings represent a good eating period for the particular turtle, whereas the smaller rings, which are near the middle, represent famine. So, all you have to do is count both these types of rings. Then you divide it by 2.

Let’s say that your turtle has eight rings on his shell in total. You divide it by 2. You’ll get 4. So your turtle’s approximate age is 4. However, remember that counting these rings will be tough if your turtle is old. It is especially hard when your turtle reaches around 15 years of age.

The marks and rings on their shell fade or get scratched. They sometimes overlap too. This will make it hard for you to count the rings. You might even mistake the scutes rings for the age ring.

By Comparing With Other Turtles

Another way of knowing the age of a 3- toed box turtle is by comparing it with the other turtles from its species.

This is a good technique to find the tentative age, however it isn’t 100% foolproof.

The diet, natural habitat, and physical health status are some crucial determiners of a 3-toed box turtle’s size. Often, pet turtles that receive enough nutrients and growth supplement in their food are a tad bit bigger than their wild counterparts.

By Comparing With Growth Chart

The third method to know your 3-toed box turtle age is comparing its growth in line with the growth chart.

Here’s how you do it.

You need to measure your turtle’s total length from its head to its tail’s tip. A turtle might feel threatened if you put measuring tape over its head, so an enticing treat will make it extend its head, which will give you the exact measurement.

Now comes the part of finding the growth chart for 3-toed box turtles. It’s tough to find a growth chart online. Such growth charts are mainly found in guidebooks for the specific turtle species itself.

A 3-toed box turtle is considered an adult when it reaches around 4-6 inches. This happens roughly at 12 to 15 years of age. However, their growth is rapid only up to 6 years of age, before being plateaued at 15-years-old.

Although measuring growth and comparing can paint you a general picture of how old your 3-toed box turtle is, there are several factors that might alter the size. The basking routine, diet plan, and age factors are general considerations to make.

Basking is an integral part of a turtle’s growth. Exposure to UVB light is important to retain Vitamin D3, which helps develop healthy bones, tough shells and prevent shell deformity. A well-basked turtle will have healthy growth, whereas a turtle living in a tank with minimum exposure to UVB rays will be relatively smaller.

For a turtle to grow healthy, it needs a proper diet that includes nutrient-dense food from protein to green vegetables and plants. However, an infant 3-toed box turtle will need lots of protein to grow. Therefore, turtles grow rapidly in their first six years.

However, feeding too much meat to your box turtle isn’t healthy as it starts pyramiding on the turtle’s shell. So, a comprehensive diet is necessary to keep a turtle healthy. In later stages of life, their feeding habit leans towards other herbivore options like e algae, plants and vegetables.

So, a turtle without a proper diet often becomes malnourished and won’t grow as expected in the growth chart.

Rapid growth in a 3-toed box turtle can be expected only in its initial years. This is when they are highly active. Later on, their growth rate will diminish, although they will still be growing. An adult 3-toed box turtle will grow up to 15 years of age.

Genetics, too, plays an important role in determining a 3-toed box turtle’s age. A genetically endowed turtle will become larger than its contemporaries. It is a natural thing – so sometimes, this can also influence the growth rate in a 3-toed box turtle.

There isn’t any accurate method to determine the age of a 3-toed box turtle. And it is even harder when the turtles have deformed and faded shells. The plausible method of counting the rings on its shell isn’t a foolproof method.

The only way you can tell the age of a 3-toed box turtle age is by asking the seller/breeder. They will have kept the correct record in order to provide the food as needed for its age.