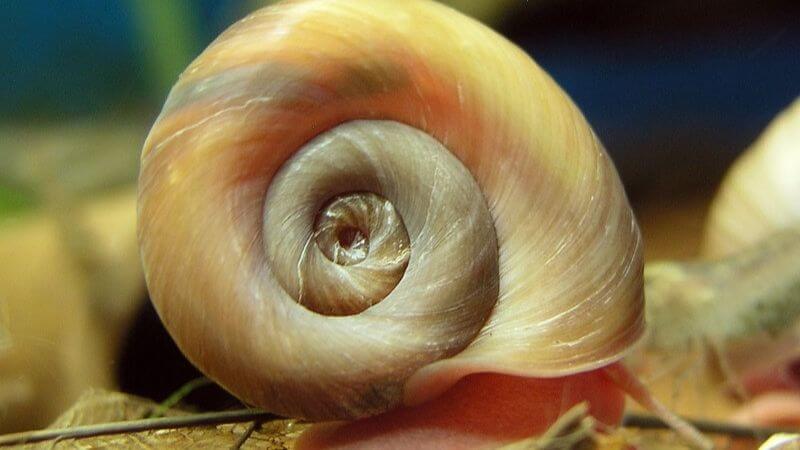 You might have heard countless times that you shouldn’t poke a sleeping bear. Indeed, you do not want to face the wrath of a sleep-deprived bear.

But what about waking up a snail? How will these slimy creatures react?

Just because snails aren’t as expressive as bears, it doesn’t mean that you can disrupt their slumber anytime you like. The same philosophy, “do not disturb,” applies to both.

However, if your snails have overslept past midsummer, you will definitely feel the urge to wake them up.

So, how can you wake up a snail without sabotaging their health?

How To Wake Up A Snail?

An abrupt change in the environment can stress snails, resulting in their death. So, you need to gradually increase the habitat temperature over a couple of days. This will help mimic a state of natural warming without troubling your snails.

Once they notice this change, they will prepare to come out of their slumber.

Snails have to break the mucus lid they use to cover the entry point before going into hibernation. So, it might take a while before they scrape that off and come out of their shells.

Meanwhile, place your snail’s favorite food close to its shell. Remember that your snails were in a coma and haven’t eaten for months. So, they will need food to replenish their lost energy.

Is It Okay To Wake Up A Snail?

No, it’s not okay to wake up a sleeping snail. Whether a snail hibernates or takes short naps, you shouldn’t wake them.

Snails sleep for multiple reasons. They need sleep to recover from illness, conserve energy for grazing, and adapt to new living conditions.

Snails rest coiled up in their shells to recover from illness. They could be suffering from deep retraction syndrome, shell deformation, or other bacterial infections like the pseudomonas infection, which can wipe out an entire snail population from the tank.

Just like us, snails also need sleep to replenish their energy. Therefore, snails feed hastily when the temperature is high, stocking food inside their body to last through winter.

Adapt In A New Environment

You might have noticed that newly introduced snails do not emerge out of their shells right away. This is because they need to adapt to the change in water parameters.

They also have to make sure there are no potential dangers in the tank. This is why you shouldn’t try waking them deliberately.

Should You Feed A Snail When It Is In Hibernation?

During hibernation, a snail’s metabolism rate drops to an all-time low. This allows it to survive on a bare minimum energy level without affecting its health.

Snails do not go into hibernation immediately. Their body goes through immense preparation before the long slumber.

Unless their body is fully charged and has the mileage to hibernate, they won’t do it.

So, you need not put extra food for a snail when it is in hibernation.

It may come off as a surprise to you, but snails do like being held. My snails like being rubbed on their neck and head. It relaxes their tentacles and legs.

I have seen videos of snails snacking from their owner’s hand.

However, you should be careful and gentle when handling a snail. Do not pick your snails by their shells.

Here’s how you should pick up a snail:

This is how you pick up a snail. And if you have to put it back, do it in the same manner.

Why Won’t My Snail Wake Up?

There are multiple reasons behind a snail not waking up. It could be due to:

Due To The Low Temperature

Snails go into hibernation when the mercury drops too low. Ideally, snails find temperatures between 65 and 85 degrees Fahrenheit favorable.

Although snails are hardy pets, their body will have a hard time adapting to the environment if the temperature drops lower than 50 degrees.

Due To A Shortage Of Food

Did you know that snails also go into hibernation when there’s a limited supply of food in their habitat?

Although this time, they won’t sleep as long as they do in the winter, they can still sleep for months when there’s nothing to eat.

Snails love feeding on algae. But their greed is the exact reason why their food goes out of stock soon.

So, in such instances, they will doze off for a couple of weeks to months and wait for the algae to grow back.

High temperature in the habitat is another reason why snails go for estivation, a long slumber during summer.

Snails need to keep themselves hydrated all the time. And with the increase in temperature, they face the risk of dehydration. So, to figure out a solution, they will go inside their shell and commence their long sleep.

Shell works as a moisturizer for snails. It will secrete mucus coating just like it does during hibernation. Some snails even burrow themselves to cool down their bodies.

I’d like to remind you that captive snails living under optimal conditions might not go into hibernation or estivation.

A snail that is sick and plagued with diseases will not come out of its sleep.

Here are some signs of an ill snail:

How Do Snails Come Out Of Their Shell If Everything Freezes?

Before entering hibernation, snails secrete thick layers of epiphragm, a dry mucus, to cover the lid over their operculum.

Despite the plummet in temperature, this mucus helps in keeping a snail’s tissues unfrozen. So, it can easily come out of its shell once the temperature rises during summer.

Final Words: How To Wake Up A Snail?

It is never a good decision to wake up a sleeping snail. In normal circumstances, snails sleep to replenish their energy. And by waking them up, you are only making things hard for them.

But if your snail has overslept and hasn’t come out yet, you can carefully condition it to wake up by following the abovementioned methods.

Usually, captive snails have all they need – correct water parameters, a well-rounded diet, enough calcium supplement, and a habitat that mimics their home in the wild. So, they do not have the need to go into hibernation.

However, some snails still go into hibernation despite getting showered with all the amenities. But this isn’t something you should worry about because it’s completely natural.