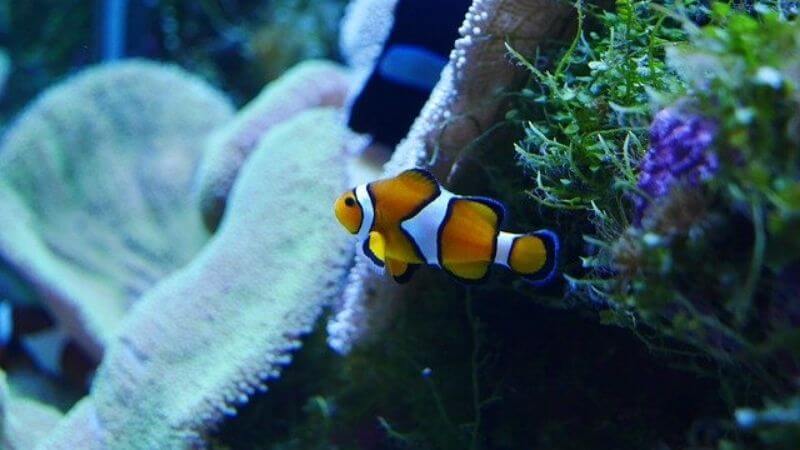 Released in 2003, let’s admit Finding Nemo is still one of the best animated movies ever made. As a marine life fanatic, it feels good to find the inspiring characters in the movie resembling marine creatures in every possible way.

The plot shows Marlin as a clownfish who lives with his son, Nemo, in an anemone. And this is an accurate depiction of clownfish, who live in anemone-filled sea beds in real life.

The movie also features sea turtles who help Marlin on his conquest to find his son.

The name of the father sea turtle is Crush, and his son is Squirt. Crush is a 150-year-old sea turtle, and his son is just a baby turtle, probably a few years old. And both of them like to ride the East Australian Current (EAC).

What Type Of Turtle Is Crush From The Finding Nemo?

Crush is a green sea turtle. Green sea turtles are found throughout the Atlantic ocean. They travel thousands of miles to find suitable places for nesting and foraging.

Why Crush The Turtle Didn’t Eat Marlin And Dory?

Crush is an adult green sea turtle, and they are herbivores. So, it is obvious that he didn’t think of marlin and dory as food.

Was Crush The Turtle From Finding Nemo High?

Though Crush might give off little hints of a turtle who is high, the scriptwriters later said that the character was inspired by an image of a laid-back surfer dude who takes it easy on life.

However, Disney fans believe that Crush was definitely high.

So, if you are curious to know if turtles do get high, here’s an interesting read for you:

Can Turtles Get High? Here’s Why You Shouldn’t Get High In Your Turtle’s Presence

Is Squirt From Finding Nemo A Boy Or Girl?

Squirt is a boy turtle traveling alongside his father, Crush, who loves to ride the East Australian Current (EAC).

So, What Do Green Turtles Eat?

Green sea turtles become herbivores entirely and feed exclusively on seagrasses and algae as they get older.

Are Crush And Squirt From Finding Nemo In The Movie Moana, Too?

Based on the timeline, Moana is from the early 1800s, and Finding Nemo is from the 2000s. So, there is no way that Crush would survive that long (even for a turtle). He also mentions being 150 years old in the Finding Nemo movie, which doesn’t add up to the calculations.

But it could be Crush’s grandfather in the movie Moana. Hey, it’s just speculation.

What Does Crush The Turtle Say?

“No hurling on the shell, dude, okay? Just waxed it.”

Who Is Crush The Turtle’s Wife?

Though it isn’t shown in the movie, in reality, turtles do not have a single mating partner. Male and female sea turtles mate with several partners in a single mating season. They breed on a first-come-first-serve basis.

So, perhaps, it could even be said that Squirt might not be Crush’s actual son.

What Nicknames Does Crush Give To Marlin And Dory?

Crush, the turtle, has “The Jellyman” for Marlin and “Little Blue” for Dory as nicknames.

Crush is a surfer dude who likes to ride EAC currents and teach his son, Squirt, to do the same. He also likes helping others.

What Does Crush Dislike?

Crush the turtle dislikes getting his shell dirty. This is why in one scene, he says to Marlin and Dory, “No hurling on the shell dude, okay? Just waxed it”.

Despite the movie “Finding Nemo” showing Crush’s age to be 150 years, the record for the oldest green turtle in real life is only 90 years old. It is held by Myrtle, who lives in the Giant Ocean Tank.

Final Words: What Are The Turtle Names From Finding Nemo

Crush the turtle and his son Squirt are depicted as excellent surfers who like to ride the East Australian Current. And in actuality, this is indeed true. Turtles hitch free rides on EAC every year. Marine biologists have also termed EAC as a turtle highway.