What Do Molly Fish Eggs Look Like? Little Yellow Balls! 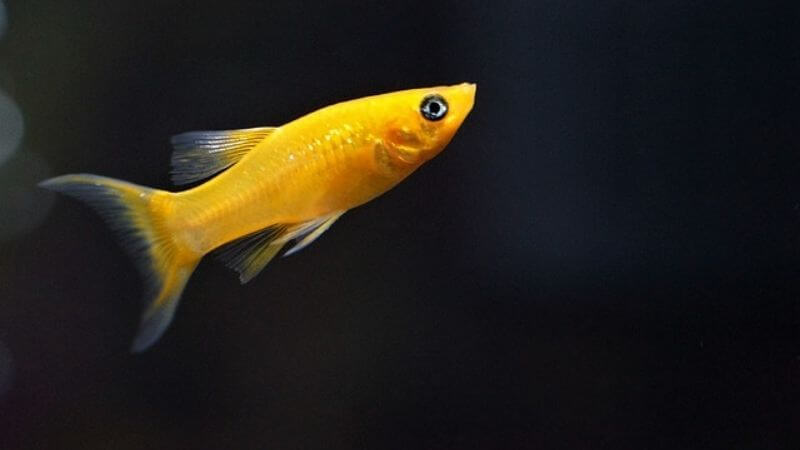 It wouldn’t be an overstatement if I said mollies are the rabbits of the underwater world. They breed easily, more frequently, and produce hundreds of fry at a time. So, what makes mollies such prolific breeders? Do they lay eggs? If yes, what do molly fish eggs look like?

In this blog, I’ll tell you all there is to know about a molly’s birth cycle – from start to finish. Buckle up!

Molly fish eggs are tiny yellow balls that almost look like egg yolk but miniature versions. If you see a molly laying eggs, it’s most likely the underdeveloped egg was aborted or miscarried. That’s because mollies don’t lay eggs. They are livebearers that directly give birth to free-swimming fry.

As you can see in this video, the underdeveloped egg has a translucent yellow appearance. There’s a 99.9% chance the egg won’t develop further and yield a healthy fry.

And here’s a beautiful video of a balloon molly giving birth to 53 fry! The video has over 52M views – don’t miss it!

The miscarried or aborted molly fish eggs most likely won’t see the light of the day. They will inevitably develop fungus and rot. There’s also a good chance the parents will eat it.

Why Is My Molly Laying Eggs?

Mollies are livebearers. The eggs are retained inside the female’s body until they hatch. So, if your molly has laid eggs, it’s most likely the eggs have been miscarried or aborted. They won’t evolve into healthy, young fry. And the most common reason behind mollies laying ‘eggs’ prematurely is stress.

Turns out it’s not entirely uncommon for mollies to lay premature eggs, unfortunately.

I rummaged through the good old internet and found out that many people have had their mollies lay eggs.

I’ve compiled a few comments for you:

My black molly gave birth to three babies for the first time ever and also laid around 10-15 yellow eggs.

Yesterday I moved my molly to other tank because I could see she was pregnant. But after shifting her, I could see her laying eggs, as shown in the video!

My molly fish gave birth to some fries and some eggs, but now she is at the bottom of the tank. Please help me.

My black molly laid eggs. The miracle is that with 23 eggs, she gave birth to a small fry (fish) as well.

So, what could be the reason behind mollies laying premature eggs? Let’s find out!

Why Is My Molly Laying Underdeveloped Eggs?

Mollies end up laying underdeveloped eggs due to stress. A molly will abort or miscarry her eggs if under stress due to unfavorable water parameters, poor health conditions, and anxiety. Also, she will abort eggs if they weren’t fertilized in the first place due to low calcium levels.

To ensure that your molly isn’t stressed, it’s important to emulate the best environment as much as possible. Ideally, the tank should be heavily planted, well-oxygenated, heated, and dark.

And there’s no need to care for these eggs as they won’t hatch.

Now that I have covered pretty much everything there’s to know about a molly’s eggs, let’s tackle some more frequently asked questions!

Yes, mollies produce eggs, but it’s an entirely internal process. We won’t see eggs unless there’s an anomaly, as we discussed above. The eggs are safely tucked inside the female’s body, and once they hatch, the female will give birth to live, free-swimming fry.

What’s interesting is that although these eggs are protected inside the female’s body, they do not receive any nutrition from their mother. For most parts, the eggs are essentially independent of the mother – there’s no maternal blood supply of any kind present.

How Do Mollies Reproduce?

With the onset of the spawning season, the male will perform a courting display for the females. Mollies are not known to pair off exclusively. They’re not monogamous. Once the female is won over, the male deposits sperm inside the female to fertilize the eggs.

Often, males will try to ‘sneak-copulate’ unaware females from behind. Naturally, they’re not always successful at this.

How Often Do Mollies Give Birth?

Molly fish give birth as frequently as once every 30 to 45 days. A female can store the sperm inside her system for days and use them to fertilize her eggs every month or so, even if there’s no male present in the tank.

Some hobbyists have reported that their mollies gave birth using the sperm they retained six months ago! And this isn’t really unusual for mollies!

How Many Fry Do Mollies Give Birth To At Once?

Mollies can give birth to anywhere between 40-100 fry during one mating season. I know that’s a pretty wide range for an answer, but it’s subjective to factors like the fish’s age, health, size, and experience level.

How Long Is A Molly Fish Pregnant?

A molly fish is pregnant for around 2 months – 60 days – from being fertilized to giving birth. And once she starts birthing, it can take anywhere between 1 to 24 hours for the process to be over.

Signs Of A Pregnant Molly Fish

Throughout the gestation period, the molly fish will show different changes in her behavior. Some are apparent right from the start, while others are only noticeable towards the end. The most obvious sign is the distended, swollen belly where the gravid spot is. Towards the end of the pregnancy, you can even see the tiny black dots that are actually the fry’s eyes!

Here’s a brief look at the signs of pregnant molly fish:

How To Breed Mollies?

Mollies will breed readily just about everywhere and under any circumstances. But it’s still best to create a favorable environment for them. You can slightly raise the temperature up to 78 degrees Fahrenheit (don’t go any higher than that), feed more insects, and provide plenty of hiding spaces. The tank should also be well oxygenated.

It’s best to transfer the expecting molly to a separate tank or use a breeding box. She’d be anxious and reluctant to give birth in a community tank.

And the young ones need to be immediately separated from the mother or other adults, so they don’t get eaten!

If you are using a breeding tank, you should return the female to the main tank right away!

If you’re serious about raising molly fry, there’s no alternative to setting up a separate tank for them. However, they do stand some chance in a community tank, given there’s a lot of hiding places.

As for fry, ensure their tank has a sponge filter, so they don’t get sucked in. It’s also advised to leave the bottom bare so they can find food more easily.

Caring for a livebearer’s fry is a lot easier than caring for those that hatch from their eggs externally. Since the molly’s fry are larger compared to the fry of egg-laying species, their mortality rate is usually low.

Since the fry’ mouth opening is tiny initially, you need to feed them pulverized food. You can give crushed flake food, daphnia, baby brine shrimp, and hard-boiled egg yolk paste.

Final Words: What Do Molly Fish Eggs Look Like?

Mollies are livebearers. Normally, they don’t lay eggs. They directly give birth to 40-100 free-swimming fry that are around ¼” long.

However, sometimes they lay infertile eggs or premature fry they’ve aborted or miscarried. These eggs have a translucent yellow color.

These eggs are either not fertilized or well-developed. Thus, they won’t hatch and yield a fry. Sooner or later, they will develop fungus and decay.