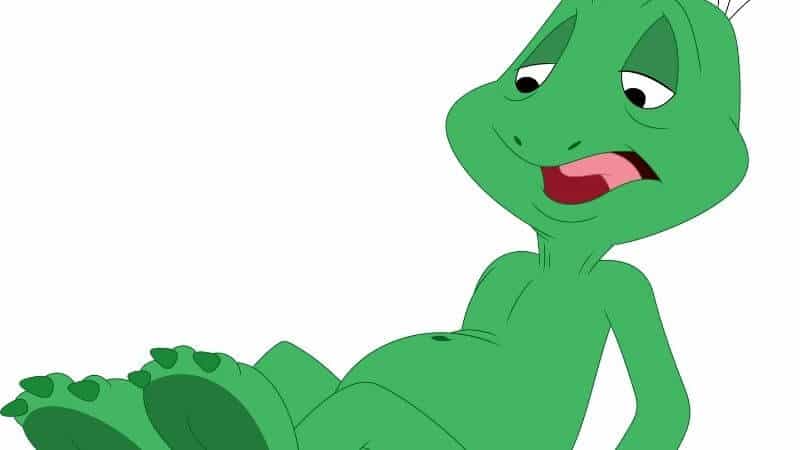 For years, cartoons have shaped our belief on how a turtle looks without its shell. But the childhood days are long gone. Now is the time for some real answers. Did you really think that turtles have a hollow body underneath their shell? Well, let’s find out!

What Does A Turtle Look Like Without A Shell?

Underneath the shell, a turtle’s body is packed with a labyrinth of internal organs, which only allows its head and limbs to contract and retract. However, the raised carapace gives us a false hollow illusion.

One seeing is worth a hundred tellings. So, here is a picture of what a turtle without a shell looked like.

Here’s another picture of the modern-day turtle’s ancestor.

A Turtle Cannot Survive Without Its Shell.

Despite what cartoons show, a turtle’s body and its shell aren’t two different things. Their shell plays an integral part in structuring their body. A turtle will not outgrow its shell. It will not molt or shed (at least in normal conditions).

A turtle’s shell is both its skin and ribcage. It houses vital organs. It even has blood vessels and nerve endings – so a turtle can feel even the slightest of touches. It is a living, growing organ.

And what happens when the shell is removed? You guessed it correctly. Yes, the turtle dies.

Are There Any Turtles Without Shells?

There aren’t any turtles without shells today, but there used to be around 228 million years ago. These were the first chelonians – the modern-day turtle’s ancestors.

My internet research through scientific journals led me to an astounding find. Scientists from China discovered a frisbee-shaped, six-feet-long, shell-less fossil of an ancient turtle. This finding has opened the doors for newer discoveries in the chelonian world.

One such supposition from the finding was on how turtles got their shells.

How Turtles Got Their Shells

Turtles’ shells were supposedly thought to be the evolution’s wonder that protected them from predators. However, the newer discoveries from the fossil discovered by Chinese scientists tell otherwise.

The finding showed that the ancient turtles used to live underground. They dug soil for food and were subterraneous. The lack of oxygen under the surface required the turtles to have bigger lungs. This resulted in large rib cages, which also gave them extra stability for digging.

Unhurriedly, the lower rib cage evolved – and the lower region was too compact to protect its vitals – which led to the development of the upper shell, aka, the carapace. So, yes, the lower shell came first.

What’s Underneath The Turtle’s Shell?

Let me tell you what each of them does.

This carries the food and liquid from a turtle’s mouth through the pharynx to its stomach.

It lies near the heart and helps in delivering air to the lungs.

It takes the deoxygenated blood from the body and pumps it to the lungs to make the blood oxygenated. The blood then returns to the heart again, sending it to the rest of the body.

The stomach helps break down food. It lies between the esophagus and the intestines.

Same as ours, there are two types of intestines in turtles. The big intestine helps in recuperating water, whereas the smaller intestine is responsible for absorbing necessary nutrients from the digested food.

Similar to mammals, It is a gland that produces digestive enzymes in turtles. In addition, it secretes ‘Trypsin,’ which helps in the breakdown of protein.

The liver makes bile, stores glycogen, and vitamins, producing uric acid, promoting blood clotting, and processes toxins for kidneys to filter. It lies across the middle third of the coelomic cavity, expanding over carapace and plastron.

Bladder stores nitrogenous waste and potassium in a turtle’s body. It also hydrates by acting as a drought reservoir. It contracts and flattens to empty urine through the turtle’s cloaca.

The rectum and anus are the final parts of a turtle’s digestive system. The wastes are excreted through these organs.

Anatomy Of A Turtle Shell

A turtle shell can be divided into two parts: carapace and plastron. The upper part of the shell is known as the carapace, and the plastron is the bottom shell.

The upper shell is called the carapace. It is what gives the turtle shell a dome shape. Several ribs are fused within it, alongside other parts of the backbone.

It is the bottom part of the turtle’s shell. Males tend to have curvier plastron than females. This is because they have to climb and adjust their body while getting on top of a female’s carapace while mating. It protects vitals like the heart, lungs, and other internal organs.

On the surface of the carapace, there are scales made up of keratin, the same element that makes up hairs, nails, and horns. They protect the bones and epithelium underneath the shells and are also involved in absorbing heat while basking.

What Happens When A Turtle Loses Its Shell?

A turtle without a shell cannot survive. Shell is an indispensable part of a turtle’s body. Lack of shell will leave all other vitals like heart, lungs, pancreas, digestive system, etc., exposed. Blood vessels would rupture in the absence of a shell, and the turtle’s death is inevitable.

Final Words On What Does A Turtle Look Without A Shell

It’s not an understatement when I say that a turtle without a shell will look like a dead turtle. The shell is not different from a turtle’s body. It is fixed, period. So, without a shell, all the turtle organs will be exposed, meaning it will die.

The shell is the turtle’s rib cage, and no animal can survive without the ribs. Moreover, their shell is the house of the most vital organs of their body. So, one cannot imagine how a turtle looks without a shell.