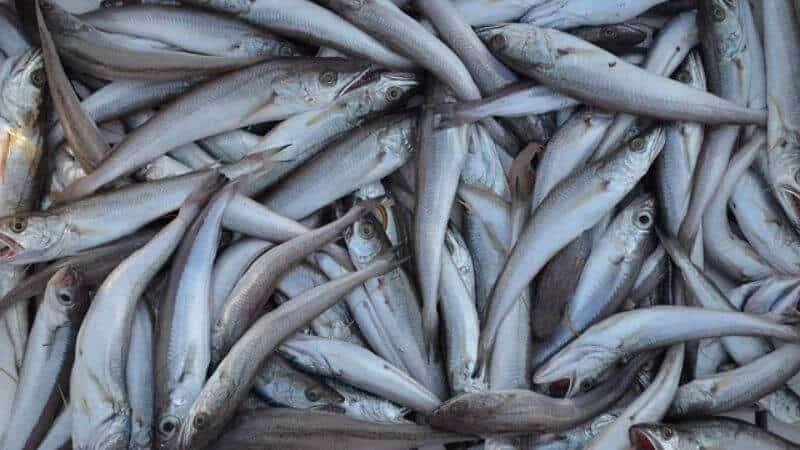 Minnows may look very small and insignificant. Most of us have never considered them to be of any value beyond fish food. But do you know they’re one of the most critical elements, a matter of fact, link, when it comes to our food chain.

Minnows are one of those rare links between plant and animal lives. They play the irreplaceable role of converting certain kinds of algae into protein, which are in turn consumed by larger game fish. So, the answer to what eats minnows is as vast as they come.

Nonetheless, we have tried to deduce the answer to give a definitive list of creatures – fish and others – that devour minnows.

Minnows are positioned in the bottom tier of the food chain. This small, modest fish is food to many fish species, alongside birds and reptiles. Some of them are listed below.

Other Creatures That Eat Minnows:

The ones listed above are just a few representatives of creatures that eat minnows. Frankly, the answer to this question can be so vast and vague that it’s impossible to make a list of animals and birds that feed off minnows.

Basically, any fish larger than a minnow can be considered its prey. So, it’s safe to say minnows play an unparalleled role in the natural order of things – after all, the livelihood of so many creatures depends on them.

So, let’s have a detailed look at fish that consume minnows so you can use them as bait.

And if you’re interested to know what minnows eat, head over here!

Fathead minnows make excellent options for small to medium largemouth bass and spotted bass. On the other hand, shiners are handy when it comes to bigger bass and golden shiners that are over 6 inches long.

Both minnows and shiners can be easily hooked and are hardy enough to be alive for long enough to induce a bass.

Anglers can catch bass fish from 7 inches up to over 7 pounds using minnows.

However, bass is known to swallow minnows whole, which results in deep-hooked fish that are risky to release.

Lures are more widely used than minnows for bass since they don’t result in many lost fish. Also, minnows aren’t legal in all states and waterways.

The species of minnows most commonly used by crappie anglers are fatheads and shiners, both of which are produced at a large scale by commercial fish farms. These fish are natural crappie catchers.

Although these fish are sometimes tough to keep alive after a few casts, they will quite easily catch crappie even when dead or injured.

We recommend hooking your minnows through the lips for crappies. You don’t need anything fancy – just use a plain size 4 baitholder to a hook, or you can even attach the minnow to a jighead.

To use or not to use a bobber is your choice!

Trouts love hitting fathead minnows. You can easily catch all trout species in streams, rivers, and reservoirs by using fatheads as bait. An added advantage is that minnows make tough bait and will stay hooked even when they’ve bounced around on rocky bottoms in strong currents.

Make sure you hook the minnows through the lips and allow them to easily drift in the current. If you are fishing in the lake, attach the minnows to the jig head and gently jig the baits along the main channels or deeper structures.

However, note that it can be illegal to use in some states and rivers. So, even though they make excellent trout bait, several other live and artificial bait options work better for trout than minnows.

Shiners are definitely my go-to bait for chain pickerels. Forget fathead minnows for a second. Shiners make a solid bet to catch several chain pickers from summer throughout winters.

The hook should run through the lips and come out of their nostrils or behind the dorsal fin in the back.

But also remember that pickerels have a tendency to mangle fish. So, be prepared to swap out shiners each time a pickerel takes a swipe at your bait since they have sharp teeth. Also, shiners are illegal in some states.

You can use both shiners and minnows to catch bullheads and catfish. But it’s best to use a freshly dead minnow to catch these fish – though make sure the fish doesn’t give off a rotten smell.

You can use a size 1/0 circle hook to prevent the fish from being swallowed.

There are so many species of minnows around, and they can live in just about any water body – from clear streams to murky swamps. The fact that they can adapt to a wide range of surroundings means they have a pretty big list of potential predators.

And a few other creatures that love to snack on minnows are great blue heron, aquatic turtles, water snake, belted kingfisher, and common grackles.