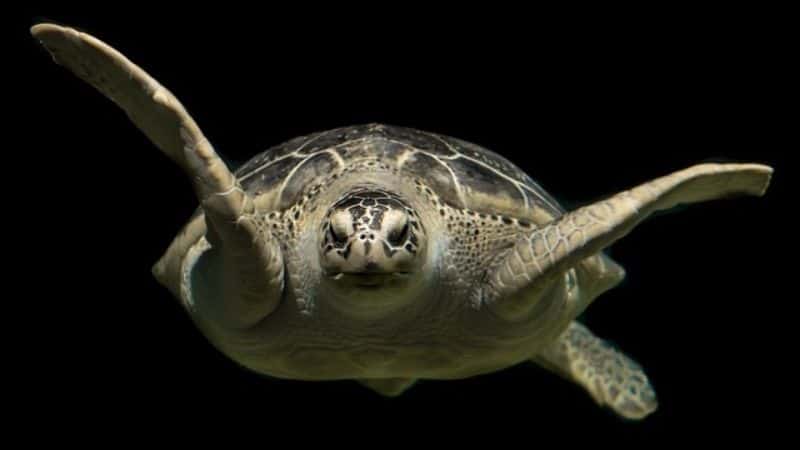 Over the centuries, sea turtles have been hunted, poached, and smuggled worldwide for their meat, shells, and eggs. This has caused a sharp decline in their number. These creatures might seem like wonky rocks in the sand, but their importance in the marine ecosystem is more than what meets the eye.

Why are sea turtles important? From maintaining the sea grassland crop cycle to balancing marine ecosystems, sea turtles play an integral role in the ocean. The eggs they lay improve the beach vegetation and also provide food for both land and water animals.

Let’s discuss further in detail how they do it.

Crop Cycle Of The Ocean’s Grass

Green sea turtles are pure herbivores. They forage on seagrasses and eat decayed vegetation. Their constant grazing on seagrasses helps the crop cycle to continue and prevent the accumulation of slime, fungi, and other microorganisms on the seafloor.

Hadn’t there been any sea turtles, the old seagrass blades would decompose and invite slime molds to grow in their place. Slime molds are invasive and welcome the increment of nitrogen in the sea beds.

The imbalance in nitrogen level means trouble in every marine region. It promotes extinction of plant species, irregular nutrient cycling, and loss of productivity in food preparation for marine animals.

And a disturbed marine ecosystem will have a far-reaching impact on our overall environment – beyond us not having the privilege of the best fishes on our plates.

Hawksbill sea turtles have mouths like a hawk’s beak – thus, the moniker. Their beaks have a unique purpose, i.e., to scrape off the sponges from the reefs. Foraging on these sponges helps in suppressing their dominance in the ocean.

Sponges have very few benefits in a marine ecosystem. But their invasive growth has adverse effects on the sea. Their overgrowth represses reef builders like corals.

Therefore the grazing of hawksbill sea turtles keeps overgrowing sponges in the ocean beds in check.

On the other hand, corals build reefs in the ocean under which thousands of species and their ecosystem are preserved. They also slow down the force of waves and protect coastal areas.

However, they have to compete with the aggressively growing sponges for space and nutrients.

Though they dwell most of their time in the water, sea turtles have to come to land to nest. So their journey begins towards the beach, where they lay over 90 eggs at one time. But not all eggs hatch.

Some unhatched eggs are dug up by coyotes, birds, and other predators. And in turn, broken eggs become the supply of quality nutrients for the soil in the nesting places. This has both direct and indirect impacts on improving the beach vegetation.

The population of jellyfish in the ocean has dramatically increased over the last ten years. It might come as a surprise, but jellyfish thrive when the oxygen level is low, and the pollution increases.

This increase has led to endangering of once-abundant finfish. And the even worse news is that there are very few predators who consume jellyfish.

So preservation of leatherback turtles is necessary to keep control of these fast proliferating jellyfishes in the ocean. Not only leatherback but other species like loggerhead and green sea turtles are also known to consume jellyfish.

Meal Provider For Other Creatures

Turtles are also meal providers for other fishes. In the ocean, turtles are regular caterers for surgeonfish who love to devour the algae from the turtle’s shell. They set up cleaning stations where the turtles come to clean off the pesky algae from their body.

Fishes like yellow tangs also swiftly nib on the algae from a turtle’s flippers and smoothen the shell.

On the land, turtles themselves are the meal for the predators. Though very few predators prey on bigger turtles, the eggs, infant, and juvenile turtles are priority targets.

Jackals, coyotes, porcupines, and even turtles themselves dig out the eggs from the holes and eat them before hatching.

Baby turtles are preyed on by snakes and sea birds even after successfully hatching and reaching the sea. This is why the infant mortality rate in turtles is very high. Out of 100 eggs, only 1 or 2 turtles reach adulthood.

There are over 100 marine organisms that are found living in the turtle’s shell. They are scientifically referred to as “Epibionts.” These epibionts attach themselves to a turtle’s body for better foraging. Some larger epibionts like crabs feed on other epibionts in the same shell. Not only organisms but plants grow on a turtle’s body.

Allowing species to survive and thrive on their large shells, sea turtles play an incredible role in the survival of different critter species.

If you’re interested to know more about this unique interspecies friendship, check our article on barnacles on turtles.

A Perch For Sea Birds

Sea turtles migrate thousands of miles into the vast oceans with no signs of land. Some sea birds, when far from land, use these turtles’ backs as a roosting platform. The birds then dive for the fishes in the ocean and come out again to rest on the shell to dry their wings.

A perch for far traveling migratory birds, olive ridley sea turtles have been serving the ocean long before the birth of mankind.

Final Say On Why Are Sea Turtles Important

Surviving for more than 150 million years, sea turtles are one of the extremely intelligent creatures on planet earth. Their importance is not only limited to the marine ecosystem but intertwined with the land ecosystem as well.

Realizing their quintessential role in shaping our planet, we now must be aware of their dwindling population due to global warming, encroachment, and poaching. In this late hour, we all must come together to conserve these beautiful 7 species and prevent them from going extinct.