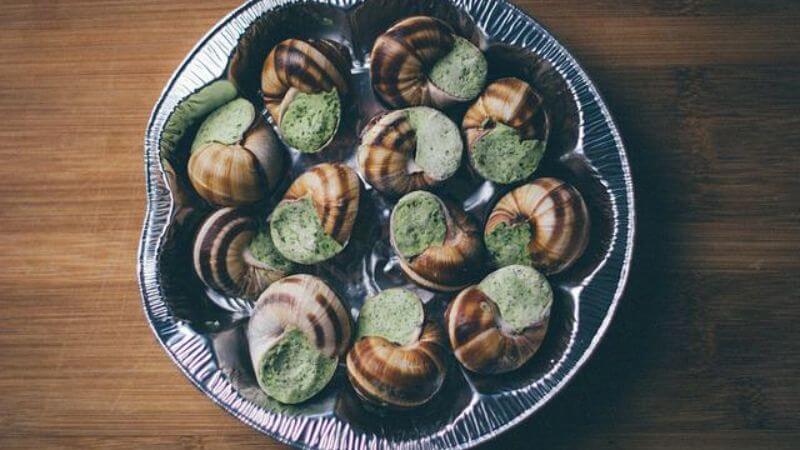 Though some of us do not have the appetite to picture snails on our plate, it is a sought-after dish in many corners of the world. And let me tell you, they do not come cheap.

Even in developing nations, the price of this delicacy differs from snail species to species. So, how come snails become so expensive?

Yes, eating snails has health benefits, but will an average joe be able to afford this luxury daily?

In today’s episode, we will discuss the hype surrounding these expensive snails.

Why Are Snails So Expensive?

Simple economics of supply and demand comes into play as the reason behind snails’ high prices in the US. The snail farming regulations are stringent inside the US, which has promoted importing escargots from abroad. This explains the premium price for snails within the US.

Let us get into details.

There are more than 200 Michelin Star restaurants and over 450 award-winning resorts in the US only. And no fine-dining restaurants or hotels can get away without including escargots in their menu.

So, it is clear that there’s quite a high demand for snails in the US. But unfortunately, there aren’t enough escargot farms to meet the demand. Going through the publicly available company registration directory, I found that there were only two snail farms certified by the USDA.

So, what did I do with this information? First, of course, I mailed one of the two farms to know why there are only two farms in the US. I even asked in jest if they had an arrangement with one another to create an oligopoly.

Luckily, after two weeks, I got a reply from one of the farm’s representatives. He said there were too many regulations to open snail farms inside the US. The USDA had strict laws regarding snail farms after the Giant African snails invaded Florida in the 60s.

Since then, snail farms have been scrutinized. Alas, the repercussions echo to this very day.

To meet the demand, hoteliers and restaurant owners import escargots from all over the world. And these fine diners have more than one kind of snail on their menu. They bring snails from Europe, South America, Africa, and Asia.

And as we all know, importing doesn’t come cheap. The fees for the custom, preservation cost, and profit margin explain why snails are expensive in the US.

The Cost Of Being A Delicacy

Centuries ago, the snail was considered a poor man’s dish. The world constantly suffered from famine. So, commoners resorted to eating snails to survive the starvation.

There wasn’t enough information on the differences between edible and non-edible snails. This led to the breakout of the rat lungworm illness. Seeing this, the affluent society at that time steered clear of eating snails.

So, how did this commoner’s dish make it to the world’s best restaurants?

However, as modern medicines and mass-scale farms came into the picture, the fear of getting sick from eating snails faded quickly. Even the scientific community confirmed that rat lungworm was a sporadic disease.

So, chefs worldwide started coming up with new recipes to prepare exquisite dishes from escargots.

Preparing it can be painstaking if you don’t know what you are doing. This is why the chefs say it is an art (I don’t doubt that). And they do take time to prepare it. For me, the taste of it definitely justifies the steep price tag.

Price Differs From Species To Species

The edible African snails’ general price is cheaper than escargots fished from the ocean.

The Vietnamese specialty made from the giant sea snail is one of the most expensive snail dishes. It costs more than $120 in Vietnam. And I am sure it will cost 10 times more if made available in the US.

Let’s talk about the price of snail caviar. The helix aspersa muller snail caviar of 30 grams costs about $55. Definitely not cheap.

But other smaller snail species are much cheaper, costing less than $10.

Inside the US, the African escargot can cost about $13 to $25 per dozen.

So, the price can differ from species to species.

The roman elite society regarded escargot as food for the high-class society. With the empire’s expansion, its fame as a royal dish became recognized all over Europe and Africa.

Apart from being delicacies, snails impart medicinal benefits, too. Did you know that medical practitioners prescribe snails to pregnant women?

Escargots are low in fat and high in protein. So, the medicinal value also impacts the price.

How Much Does A Snail Cost?

Price of canned Roland escargot ranges from $3 to $6 in Walmart. Fine-dining restaurants charge anywhere from $12 to $100 per dozen.

Are All Kinds Of Snail Edible?

Not all snails are edible. Avoid eating wild snails and eat only the ones that are commercially farmed. Eating raw, wild snails can cause rat lungworm disease.

Eating snail isn’t a new thing in most parts of the world. Although the US has arrived late to this party, the snail-eating culture is growing here, too. But with the number of snail farms in the state, I don’t think the prices will drop anytime soon.