Why Do Cichlids Shake? 4 Reasons You Must Know! 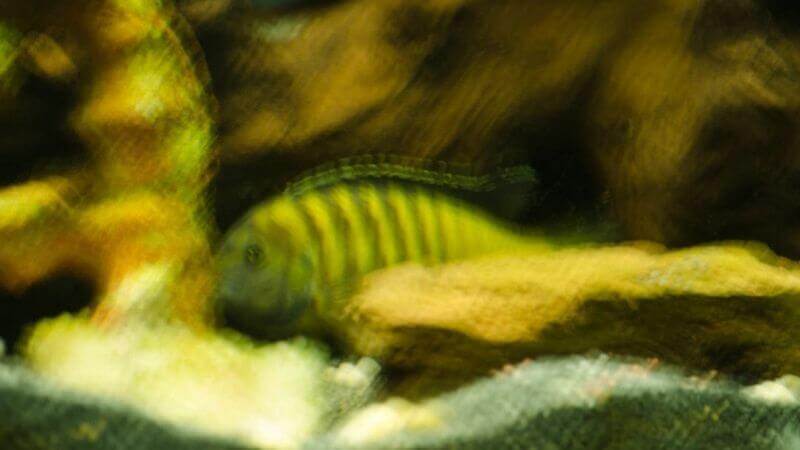 Cichlids are second to none when it comes to expressing themselves through appearance or antics. For instance, the dominant male will sport dark and dazzling colors, whereas subdued males are more washed out.

And do you know they’re just as expressive with their body movements? For instance, why do cichlids shake? The reason behind this is sometimes amusing, and other times, worrying.

So, let’s explore the top 4 causes behind a cichlid’s weird dancing moves.

Why Do Cichlids Shake?

Male cichlids shake their body to woo potential mates. Yes, that’s how it works in a cichlid’s world. The other common reason behind shaking is a display of animosity to exert dominance. It could also be the result of an illness – potentially a parasitic infestation – or wrong water temperature.

There’s a subtle difference between the bodily movements for these four functions, as mentioned above. So, it can be pretty tricky to understand the right reason behind it.

Nonetheless, let’s discuss these 3 pointers in depth which might help you with differentiating.

Cichlids are either monogamous or polygamous. Also, they’re either mouthbrooders or substrate-brooders. But, irrespective of that, all males are tasked with wooing the female to spawn during the breeding season. So, to win over the potential mate, the male will really go all out and put on a show.

He will dance – actually, shimmy would be the better choice of word here. He’ll erect his fins, show off his colors, and shake his whole body in a vibrating motion. He’ll even go as far as nipping the fins and chasing the female.

These gestures aren’t chivalrous by all accounts, but his only intention is to proliferate and extend his bloodline.

If she’s carrying eggs, the consenting female will then accompany the male to the predetermined nesting station. There, they will dance and circle each other before the female lays her eggs.

All in all, if you see a male shaking himself and breaking into eccentric moves in front of a female, expect a batch of tiny cichlid fry in a couple of weeks.

Male cichlids wish to be the only male present in the tank – they’re just hardwired to think so. So, if you see the males shaking, vibrating, and circling each other, it’s a face-off. They are jockeying for hierarchy in the pecking order, a particular territory in the tank, or both.

If you’re lucky, none of your males will die. But be warned – these showdowns can get quite bloody.

This often happens after the hierarchy resets in the tank. And that, in turn, happens when a big water change eliminates the dominant male’s hormones from the tank, when juvenile young males come of age, or when you quite drastically change the tank’s rockscape.

Usually, these confrontations end with one male rising to power and subdued males quietly going back to their day-to-day lives – making sure they don’t cross the supreme leader’s paths again. But, other times, these fights can get gory.

If you have aggressive species, the fight will end with a few achieving martyrdom.

If you see your cichlid shaking by itself, twitching, rubbing its body against the rocks, and looking rather drab, he is most probably sick. He either has parasites or is injured.

If you believe your cichlid is shaking due to medical reasons, look for other often accompanying signs like bloat, cloudy eye, and excessive slime production.

Likewise, there are some other odd behavioral traits like clamped fins, yawning, and labored breathing.

Shaking due to an illness is a grim situation. It means the cichlid no longer has proper control of its nerves and muscles. So it is actually a symptom rather than a single disease.

As hardy as cichlids are, even short-term exposure to cold water can cause them to shake involuntarily.

Cichlids come from the sunlit, blue waters of African lakes or the Amazon river. As a result, they’re used to stable, pure, and highly oxygenated water.

And that’s why a dirty, cold tank is a foolproof recipe for diseased cichlids, who will then show signs like shaking, twitching, and panting.

If you think that’s the case, you should immediately transfer your fish to the quarantine tank and think long and hard about the tank’s condition.

So, that’s the roundup for the four most common reasons behind a cichlid shaking.

If you are keen on raising the fry, you can start preparing the breeding tank as soon as you see the male shaking himself in front of the females. But, unfortunately, the fry usually don’t have a good survival rate in the tank.

If the shaking is due to aggression, there are a couple of things you can do. I’ll quickly go through them below.

How Do I Stop My Cichlids From Fighting?

Aggression is innate in cichlids. It’s their second nature. However, you can subside the anger considerably and maintain peace in the tank with the right intervention. First, evaluate the tank’s size. These territorial fish need ample space. Next, you can try controlled overcrowding, changing the rockscape, and performing a water change.

There are seven more interesting and effective tricks to curb cichlid’s notorious anger. If you want to know what they are, head over here!

Why Is My Cichlid Shaking Its Head?

The most common reason behind a cichlid shaking its head or twitching is poor water chemistry. This often happens when there’s an ammonia spike in the water.

If you see your fish frequently shaking/twitching its head on its own, don’t forget to check the water parameters.

Here’s a link to API’s master kit that tests 5 different water parameters on the go:

Final Words: Why Do Cichlids Shake?

Cichlids primarily shake themselves, accompanied by other equally eccentric moves and gestures, to woo potential partners and intimidate competitions. Sometimes, illness and wrong temperature also cause them to involuntarily shake.

If they’re shaking to spawn, you need not worry – it’s perfectly natural. That’s how things are supposed to be.

If you think it’s territorial aggression, you might want to rethink the tank’s size, species combination, and so on. And finally, if you believe it’s because of poor health, address it right away!