Will Ghost Shrimp Eat Fry? Are They Cannibals? 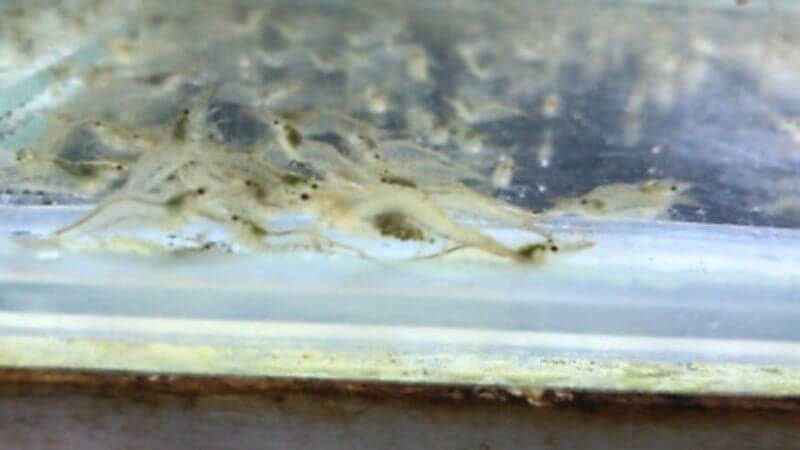 Ghost shrimps are fascinating creatures known to eat everything from algae to fish poop. Due to this super-handy eating pattern, they often find their way into most community aquariums. But there’s an important question to ask—will ghost shrimp eat fry or not. Do they pose a threat to baby fish?

Ghost shrimps are scavengers, but they’re also known to display predatory instincts from time to time. Thus, if there’s a slow-moving, tiny, and vulnerable fry in the tank, the ghost shrimp will most likely attack and consume it.

Which Fry Will Ghost Shrimp Eat?

Across several forums, fish keepers have shared that ghost shrimp ate fry of angelfish, bettas, guppies, platys, mollies, and endlers. Thus, we can say that ghost shrimps don’t have a specific taste palate when it comes to fish fry—they’ll go after any that’s weak, alone, and tiny.

However, it’s important to note that many people have also shared that their ghost shrimps have lived happily with fish fry. While that may be the case for some, it is assumed that the majority didn’t pay attention to the missing fry.

If only a few fries are missing, it’s really hard to tell.

Now that the mystery of will ghost shrimp eat fry or not is cleared, let’s look at how they do it.

Ghost shrimps are tiny but fierce beings. They have several advantages over weakfish fry. For instance, they are nocturnal creatures that remain active at night. Ghost shrimps are also excellent swimmers and opportunistic beings with sharp claws and firm grip.

Ghost shrimps remain active through the night, while fish and their fry will come to the bottom of the tank for a pleasant slumber. Thus, it makes it easier for these bottom feeders to prey on an unassuming fry.

They will usually go after fry that is smaller and somewhat distant from other fish. Your ghost shrimp will most likely attack first on the neck or stomach.

Ghost Shrimp and Fry Can Be Hiding Together

Ghost shrimps need to hide when molting. So, they spend a lot of time hiding. The same goes for fry, who instinctually hide to have better chances of survival. Thus, it’s common for ghost shrimps and fries to be hiding at the same place, and the shrimp jumping on the chance.

There’s not much you can do about it other than keeping them in separate tanks.

Your Ghost Shrimp is Angry

Ghost shrimps don’t have a reputation for anger like some species do. However, they can get territorial and stressed when things aren’t right, which they’ll lash out on fish fry. For instance, if the tank is overpopulated or your shrimp isn’t being fed well, it’ll likely go after fry.

Besides overpopulation and lack of food, some stress-inducing factors in ghost shrimps are poor water parameters and lack of hiding places.

Ghost Shrimps are Stronger than Fry

This one may seem obvious, but it’s quite interesting. A ghost shrimp’s anatomy lends a huge advantage over defenseless fry. It has claws in its multiple legs that facilitate brilliant swimming and attacking. Other body parts, like the rostrum and antennae, may also contribute to bringing down delicate fry.

For comparison, ghost shrimps have bigger and sharper claws than Amano shrimps. Their claws also have a considerably greater grip.

Likewise, they can propel themselves backward by flexing the abdomen muscles and tail quickly.

Fries Are Too Young

At its best, a ghost shrimp will grow about two inches long. And fish fry is tentatively about ¼ inch long. Thus, if you have a fully matured ghost shrimp and newborn fry in the tank, there’s a good chance that the fry will be killed and eaten.

Now, if you don’t want to cull the fry population by yourself, you can count on ghost shrimps. But if you’re looking to raise the fry, mature shrimps and juvenile fry in the same tank only spells trouble.

Fries Are at Tank’s Bottom

As bottom feeders, ghost shrimps hang out at the tank’s bottom. While most fry to swim in the upper half region, it can sometimes bring them to the base by water’s current. They may also find their way down when hiding. In these scenarios, ghost shrimp will easily snack on a fry.

In most instances, guppies may be able to escape this deathtrap as they inherit lighting fast reflexes from their parents. However, slow-moving fish babies like angelfish fry and betta fry are more susceptible to getting caught.

Do Ghost Shrimp Eat Their Babies?

Ghost shrimps are known to practice infanticide—an act of killing and eating their babies. While there’s no clear scientific evidence on why this happens, it’s believed that they do it to weed out the weak population, replenish their nutrient storage, or due to stress factors.

How to Protect Fry from Ghost Shrimps?

Whether it’s their fry or other fish fry, ghost shrimps are documented to eat them without hesitation. If you’re trying to raise a shrimp colony or fry, you need to adopt specific measures. The two most common and easy ways to protect fry from ghost shrimps are adding several hiding places and using a separate tank.

However, if you have an overpopulation problem in the tank but don’t have the heart to cull baby fry, keeping a ghost shrimp in the tank may be a great option.

Adding multiple hiding places in the tank can heighten the survival rate of fry in the tank. These will help them stay safe and better protected. I’d recommend adding floating aquarium plants like hornwort or duckweed so that fish fry hide at the surface instead of going down where ghost shrimps live.

You can also experiment with tiny ornaments and decorations that only fry can fit into.

Use a Separate Tank

If you want a healthy fry population, your best bet would be using a separate tank. Fry doesn’t only have threats from its species, but everyone. Thus, you need to keep the fry in a separate tank away from adults as soon as they’re born—even mothers.

If you’re not too keen about setting up a separate tank, you can use a breeding box. A breeding box limits the number of fries you can keep, but it’s generally a more relaxed and hassle-free approach.

But there are a few things about breeding boxes that you should know.

For instance, it hinders a fry’s ability to swim freely, which, in turn, compromises their development.

Likewise, lack of ample space can cause fry to stress out.

Ghost shrimps are opportunistic omnivores that’ll eat everything they can fit in their tiny mouth.

And although they’re best known for their scavenging capabilities, many cases of ghost shrimp eating fish fry have been documented. They also eat their fry.

Thus, if you’re looking to raise fry, it’s best to keep the fry in a separate tank that’s optimized for rapid development and good health. If that’s not possible, you can either add tons of hiding places or a breeding box in the existing tank.